Positive initial results from the drilling at the Poochera Halloysite-Kaolin Project: 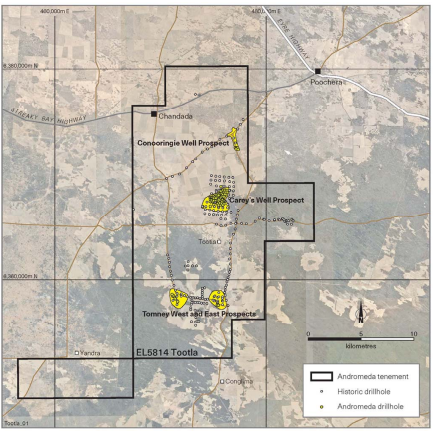 The company started the aircore drilling program in mid-April and drilled 109 holes for a total of 3,265 metres. The company drilled mostly at Carey’s Well (95 holes for 2,736 metres). The initial observation of this drilling shows the kaolinised resource has extended beyond the prevailing boundary. In north?east, it is up to 300 metres, while in the south, it extended to 100 metres and in the east, it extended to 200 metres. Further, the company installed three hydrogeological wells at Carey’s well to collect data needed for a feasibility study in the future and for the application process of mining lease. Bureau Veritas is likely to provide elemental assay results in early June, while CSIRO and the University of Newcastle would provide halloysite results by next quarter. After getting these results, the company will complete the revised mineral resource (JORC 2012) calculation. This is expected later in this year only.

Moreover, according to a company announcement in May 2019, the company completed extensive test work on Carey’s well deposit and is working towards applying for mining lease, needed for evaluation of the feasibility of the project. 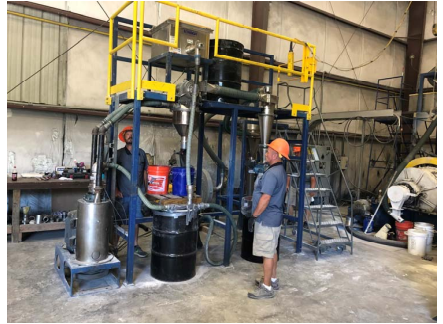 Intersected high-grade gold mineralization in the southern portion of the Jackson Resource area:

Western Australia-based gold explorer and developer Ausgold Limited (ASX: AUC), at its 100%-owned Katanning Gold Project (KGP), drilled a total of 23 RC holes for 2,728m. The reverse circulation (RC) drill program was carried out to add to the current JORC Resource, which is 25.1 Mt at 1.29 grams of gold per tonne for 1.04 Moz. The company has intersected high-grade gold mineralization from the drilling in the southern portion of the Jackson Resource area. Further, there is potential for sulphide rich high-grade gold mineralization at Jinkas North prospect for a strike length of over 850m. Moreover, reconnaissance RC drilling on the southern portion of the KGP intersected mineralisation over 1,200m strike length, with high-grade mineralisation, including 3m @ 5.3 g/t of gold from 20m (including 1m @ 14.55 g/t Au) from 20m in BSRC0891. Additionally, there is potential for significant gold mineralisation in the southern portion of KGP (Lukin area). 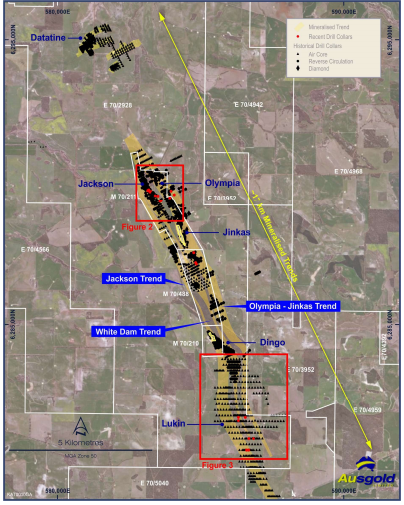 Anova Metals Limited (ASX: AWV) is disposing its non-core assets & tenements from the WA tenement package. During the March quarter, the company received cash proceeds of $150,000 from Matsa Resources Limited (ASX: MAT) for the sale of the Zelica Project. AWV continues with the divestment of the Big Springs Gold Project, though nothing has yet been finalized. Moreover, AWV intends to re?commence the operations at Second Fortune. Several companies have approached AWV for a joint venture in the Second Fortune project. 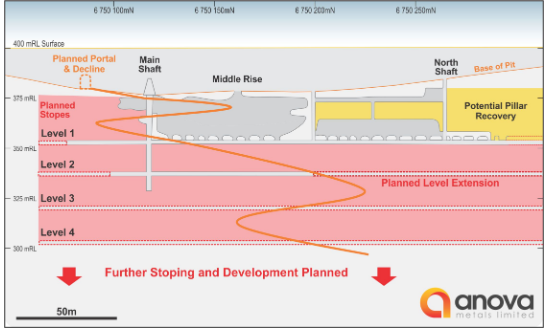 Blackham Resources Limited (ASX: BLK) signed a working capital facility of up to $12 million until 29 February 2020 with MACA Limited (ASX: MLD), which will underpin the transition to the Stage 1 Expansion Sulphide Development. The company is projecting gold production of 120kozpa and long mine life from this development. The working capital facility will enable Blackham Resources to continue with the further development work of the mine including mine planning for additional shallow, adjacent-plant free-milling open pit mines; capital works related to fresh, extended tailings storage size; advancement of the execution planning for the Williamson free-milling orebody; and strategies and related works to prepare for the transition to sulphide mining operation works. 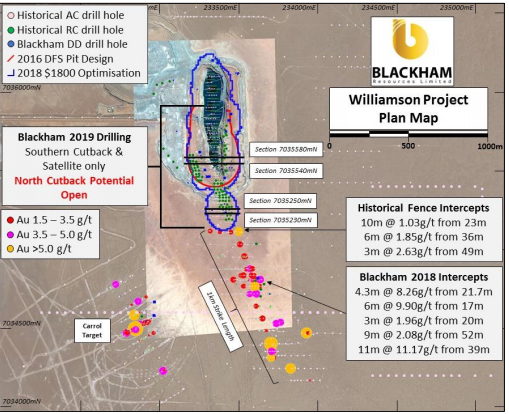 Under the terms of this arrangement, BLK will be issuing MACA with 265 million ordinary shares in BLK. This will be at the five-day volume weighted average price, prevailing on 14 June this year. After this allotment, MACA’s shareholding in Blackham will increase to 19.33%.

Dark Horse Resources Ltd (ASX: DHR) announced on 27 May 2019 that it has received positive results from the first phase of reverse drilling at the Las Opeñas Gold Project. The result showed the confirmation of high-grade mineralized zones containing gold, silver and base metal rich quartz veins at moderate depths. The company can now go for the second phase of drilling for this project, expected to start in the last quarter of 2019 following winter. The company will focus on areas where the assay results showed up to 185 g/t gold and 6,789 g/t silver, which has yet not been drilled. The company for this will do mapping and trenching 1km, the western extension of the Presagio target for and will do further drilling by using the results obtained out of it. Further, for Cachi Gold Project, Santa Cruz, the company has identified nine mineralised targets. The company will do further drilling at several targets in the last quarter of 2019 following winter. 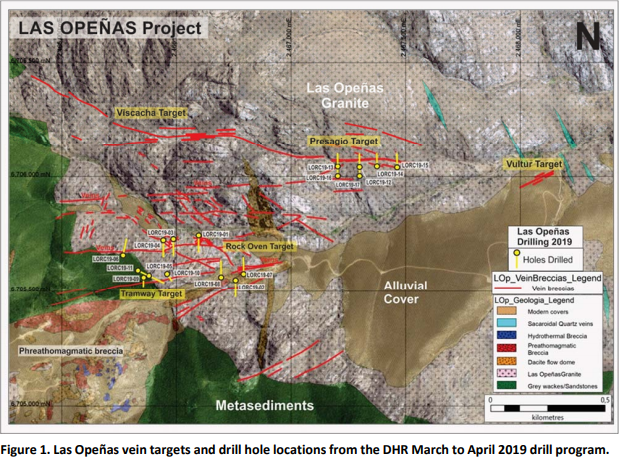 Millennium Minerals Ltd (ASX: MOY) on 26 June 2019, updated on the gold production’s commencement from sulphide ore at the Nullagine Gold Project, situated in the Western Australian region, after the fruitful commissioning of Phase 1- sulphide plant expansion.

On 24 June 2019, the company answered the queries of ASX regarding disclosures of obtaining the loan facility from IMC group and MOY confirmed that the company is complying with the Listing Rules particularly, Listing Rule 3.1. The ASX board has approved MOY’s responses. The company had completed its final documentation to get the loan facility of up to $20 million from its major shareholder, IMC Group (IMC Facility). MOY had already received the initial tranche of $10 million under this facility (as announced on ASX on 5 June 2019). However, according to IMC Facility’s condition, the company had to receive the grant by ASX of a waiver from Listing Rule 10.1 so that MOY can grant security to IMC without getting prior approval of the shareholder. 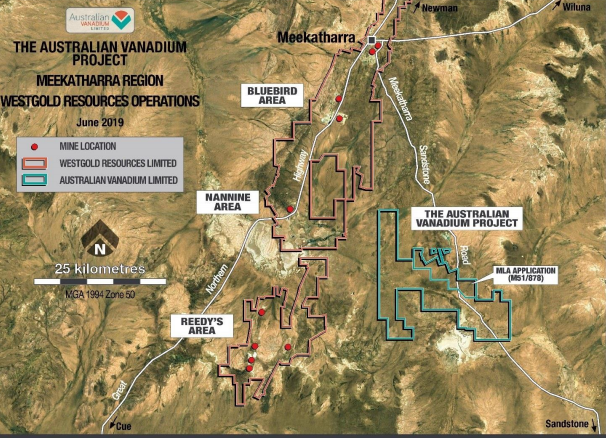 On June 14th, 2019 notified that the company’s stock has been removed from S&P/ASX All Australian 200 Index, effective from June 24, 2019. This change took place as per the June 2019 Quarterly Rebalance of the S&P/ASX Indices. On the other hand, the company has recently (announced on 12 June 2019) completed the sale of the Higginsville Gold Operations (HGO) to RNC Minerals (RNC) for approximately A$50M. WGX has received about 50% of this amount in cash and rest 50% of the total value as RNC shares. As a result, the company has received 56,916,019 common shares of RNC, which has an approximate value A$30.7M. After receiving RNC shares, the company has now become the largest single shareholder of RNC, as it now holds approximately 10.3% in RNC.

After this transaction, the company will be focusing on core Murchison region of WA in which the company had invested heavily over the period of three years and now its expenditure is beginning to fall, and the output is rising. Therefore, WGX stock has risen 46.48% in three months as on June 27th, 2019.

65% rise in the Indicated and Inferred Resource at KOTH:

Red 5 Limited (ASX: RED) stock has risen 29.63 % in three months as on June 27th, 2019. Also the company’s King of the Hills (KOTH) Resource had posted 65% rise in the Indicated and Inferred Resource from 4 December 2018 to 66 Mt at 1.5g/t Au for 3.11Moz of contained gold (as announced on 20 May 2019). The company’s 76% of resource ounces is now be considered as ‘Indicated’, which means that there are 76% chances to be converted into Ore Reserves. This will help in the Pre-Feasibility Study (PFS) scheduled to be completed in the third quarter of 2019 and the formation of a standalone mining and processing operation at KOTH.

Moreover, there is no substantial opportunity for further growth of resource at KOTH. PFS will evaluate at KOTH whether there is potential for constructing a standalone 2-4Mtpa processing plant, development of a large open pit mining operation and development of Rainbow and Severn near-mine regional satellite deposits. 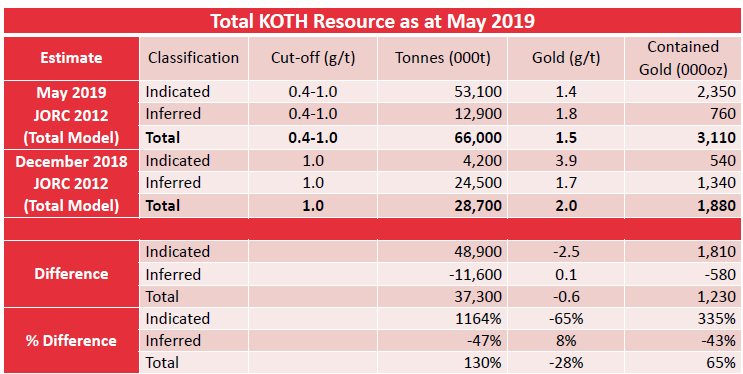