A report by the Commonwealth Fund in 2017 ranked the UK as the world’s top developed country with the best healthcare system overall, and also ranked it the highest in equity and care process. Among all European countries. It has one of the most efficient public healthcare systems across the globe.

It’s the unique healthcare and life science ecosystem of the country that lures many major pharma companies to make the nation their hub. The country not only has a higher number of medical products in development than any other nation in Europe but also boasts of high-quality innovation partners, customers, collaborators and supply chains. The prominence of the nation in the healthcare segment got a boost with two leading US based healthcare companies deciding to make the nation their hub. 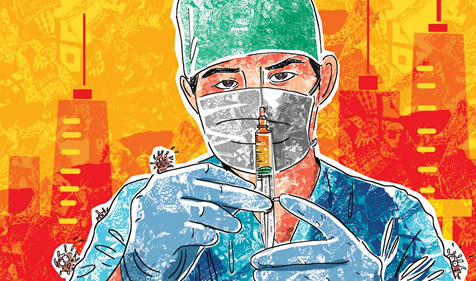 The world’s biggest rapid Covid-19 test maker, Innova Medical Group, will make Wales its another hub by setting up a factory, while Pfizer has funded for the launch of the Centre of Excellence for Epidemiology of Vaccine-preventable Diseases in Bristol.

Innova set up a factory in Wales

Innova, the largest manufacturer of rapid Covid19 test kits based out of California, USA, is going to set up a factory in Wales, UK, which will support the manufacturing of millions of additional test kits per day.

Innova specialises in low-cost lateral flow antigen tests. The company has made large investments in the UK as it is a key market for lateral flow devices (LFD), and has supplied to it over 1 billion tests produced in China as per the contract signed by the company.

Dan Elliot, Chief Executive Officer of the company, has reportedly told the Financial Times that as UK is a major market for the company, it decided to make a large investment.

Innova’s LFDs have a quick turnaround time, though the accuracy of results given by the tests is being scrutinised by UK. The company has been ramping up its tests production and aims at reaching 50 million tests per day by the end of 2021.

After Innova, Pfizer has also decided to make the UK its base and announced to set up a research centre for studying vaccine-preventable diseases. Pfizer Inc (LON:0Q1N) is among the largest manufacturers of covid-19 vaccine, and it has chosen the University of Bristol as its second global network of sites and first outside the US. In 2020, the University of Louisville in the US was chosen as the first centre of excellence for research by Pfizer.

The University of Bristol will conduct research related to the next generation vaccines and work on their design, development, and usage. It was the first university to study the live covid19 virus in a laboratory.

As per Pfizer, the research will be conducted among hospitals as well as the community in general, and the focus will be on identifying and measuring the effects and burden of vaccine-preventable infectious diseases on people of all age groups. An initial investment of £4.6 million has been made into the new research centre.

The centre will be led by Adam Finn, who is the professor of Paediatrics as well as director of the Bristol Vaccine Centre and lead at Bristol UNCOVER (Bristol COVID Emergency Research Group).

Reacting to the development, Matt Hancock, Health Secretary, said that Pfizer’s decision to locate its second vaccine research centre in the UK was a "real vote of confidence” as it is not only investing but locating and supporting the skill base.

Research plays a crucial role in understanding how to fight the diseases using vaccines, and thus, significant investments and global cooperation among industry and academia are required to overcome the predicament of infectious diseases. The insights related to vaccine-preventable diseases and vaccine effectiveness are even more valuable in the current pandemic situation than ever.