A study led by the UK government has claimed that the controversial rapid lateral flow tests, which had earlier raised concerns about their reliability, can be used to detect the most infectious coronavirus cases.  The scientists at the Oxford University, who carried out the research, explained that the devices can effectively detect between 84 and 90 per cent of the infected cases and the test takes just 30 minutes to show the results.

The researchers revealed that the lateral flow tests can locate most of the people suffering from the infection who would otherwise go on to infect someone else. They said that the study showed such tests were 90 per cent effective at detecting the affected individuals who might pass on the virus. 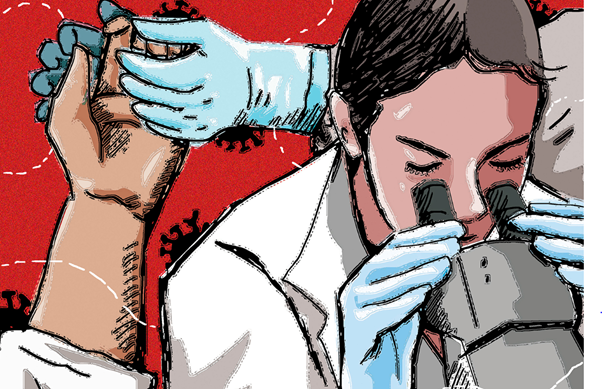 The study took samples from more than 250,000 people who have taken part in the Test and Trace programme of the government, and the scientists suggested that just 6 in 100 contacts of overall people who tested positive went on to become infected.

The results concluded that though the lateral flow test is less sensitive than the PCR test, it is most effective for people with a high viral load. When an affected patient has a high viral load, he may shed more virus particles during the viral shedding.

Tim Peto, professor of medicine at the University of Oxford and author of the study, said that while it is clear that lateral flow tests are not 100 per cent accurate, but that does not stop them from being a game changer. It can help in rapidly detecting a large number of infectious cases, which can prevent further transmission.

The UK government has specified to take up extensive testing, including the lateral flow test along with the rollout of the vaccines for masses. This could be an important part of the government plans to restart the economy. The tests can prove to be a way to help the nation from coming come out of tougher lockdowns, some ministers said. This will also enable reopening of schools on time and allow relatives to visit care home residents.

The researchers are also considering that the high-volume testing could be helpful in easing the current blockade, Peto said. However, the plan is being questioned by some people over concerns about the accuracy of the test. A fierce debate has been going on regarding whether they are effective enough to allow people to make decisions about their behaviour and movements.

Also, the ‘Operation Moonshot’ might be at risk, warned some scientists, who claimed that high-volume coronavirus testing is likely to be ineffective and costly. The Operation Moonshot was launched by PM Boris Johnson to introduce mass Covid-19 testing for a larger group of people.

Initially, researchers found the tests to be catching only 77 per cent of positive cases, which later picked up to over 90 per cent. But when the tests were carried out by ordinary people without any training, the average accuracy rate fell from 79 per cent to 58 per cent.