Aviation companies suffered a lot during the pandemic, when all the means of revenue generation closed, and operational costs continued. Ryanair Holdings Plc (LON: RYA) reported an annual loss of €815 million for the period ending 31 March. It was the firm’s largest annual loss to date.

The company has though reported that various cost reduction measures were implemented during the year across all the group. It introduced lower cost as a result of bringing in wage cuts, efficient new aircraft and reduced airport costs.

The company expects a strong recovery in air travel post September, by then most of the European populations are likely to get vaccinated. However, even then, it expects to merely break even in FY2022 with huge uncertainty surrounding lifting of coronavirus-related restrictions. The main uncertainty revolves around the timing of the recovery. Moreover, there was little clarity over the fares that customers would be willing to pay into the coming major travel period between June and September.

Michael O'Leary, Group CEO, said that the easing out of the travel-related restrictions in Britain saw Ryanair’s weekly bookings springback dramatically in recent weeks, tripling in five weeks from 500,000 to 1.5 million. 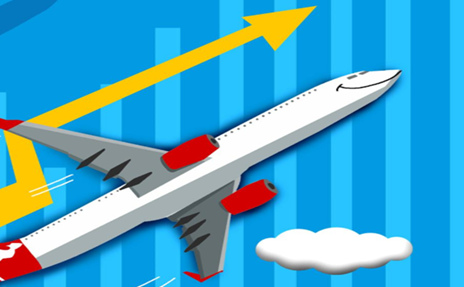 Also Read: Aviation Sector Wants Most of The Europe In Green List, WIZZ, IAG and RYA in Focus