The last week of April was not that good for the Australian and the NZ dollars as they were hit by the news of U.S. capital gains doubling tax as announced by the US President. The US President, Joe Biden, had recently announced that he had planned to raise taxes on America’s wealthiest. He also talked about taxing the capital gains to fund US$1-trillion childcare, universal kindergarden education, and paid leave for workers.

The Australian dollar slipped to one-week low by 0.2% on the news of double taxation on capital gains as investors moved to safer havens assets such as the US dollar, the Yen, and treasuries at the prospect of higher taxes. 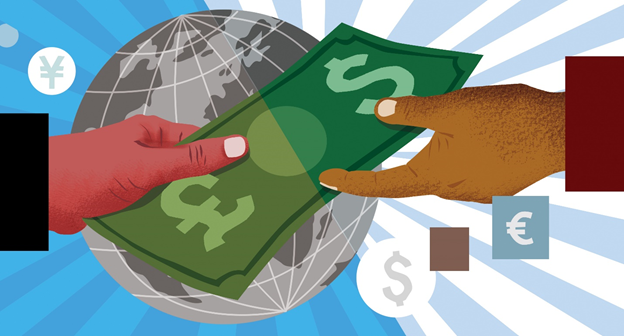 The New Zealand Kiwi extended its losses from Thursday after the government said that it had intentions of regulating the lending norms, which is usually done by the Reserve Bank of New Zealand (RBNZ). The New Zealand dollar slipped as low as NZ$0.7151. Even though for the week, the Kiwi was a slightly higher.

This week, the investors will watch out for the first-quarter consumer price data reflecting on the inflation figures in Australia. Whether the inflation will edge closer to the RBA remit rate or not, is the question? On the US front, all eyes will be fixed on the Fed Reserve’s stance on the interest rates. Currency market investors are once again interested in seeing whether Jerome Powell  shows concern for the interest rates in his Fed meeting this month.

Last time, after Jerome Powell had announced that the FED was not meddling with the interest rates, the US dollar rose against some currencies, even the Yen and the Swiss Franc, but the AUD and NZD currencies had remained steady. Both the currencies were range-bound.

The currency market is waiting what the Fed has to deliver this time, because the huge movement in US bond yields will prove to be a big mover and shaker for equity as well as currency markets. The bond yields in New Zealand moved up 2-3 basis points as the bond points eased.