The Boris Johnson government has recently launched its futuristic transport decarbonisation plan, which is the world’s first ‘greenprint’ for decarbonising all the domestic transport modes by 2050. The aim is to get cleaner air, healthier community life, and create thousands of green jobs in the automotive sector in the next two decades. Ahead of the COP26 Climate Summit to be held in November, the plan is expected to provide a sustainable path for the entire transport sector to help the UK government reach its target of net zero emissions by 2050. The plan is also expected to support highly skilled jobs worth up to £9.7 billion GVA by 2050.

The UK government has already invested billions of pounds to make a transition to a cleaner transportation sector, such as £2 billion was earmarked for creating walking and cycling tracks, and £2.8 billion was given to the transport industry to manufacture cleaner vehicles. To further enhance the green initiatives and to improve the public transport system, the new plan aims to ensure net zero domestic aviation emissions by 2040, creation of a net zero rail network by 2050, as well as gradual transition to green shipping.

The green paper presented by the UK government represents its commitment to decarbonisation by laying out a regulatory framework which mandates the vehicle manufacturers to enhance the fuel efficiency of new HGVs, vans, and cars. The 2035 delivery plan has also been published by the UK government, which is a single document that combines all the operations and courses of action for decarbonisation of cars and vans, from across Government. It also defines the important timelines, landmarks, and also helps in monitoring the advancement towards the delivery of ownership of zero emission cars and vans to people on a mass scale. 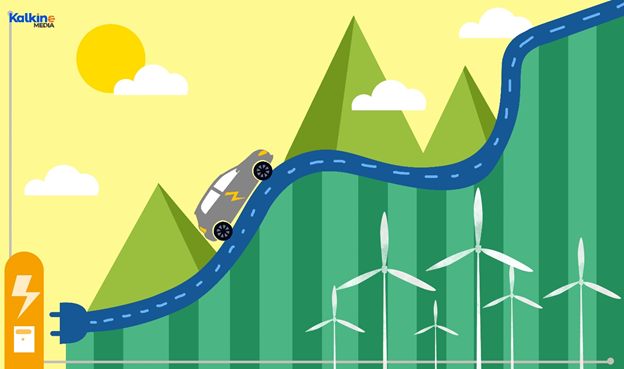 This is followed by the recent investments into a new generation EV in Sunderland by Nissan, along with a new Gigafactory by Envision, as well as the investment in Vauxhall’s Ellesmere Port manufacturing plant by Stellantis, which is being carried out to manufacture new generation advanced EVs.

The Jet Zero Consultation has also been launched by the UK government, which pledges new zero emissions by 2050, and lays out a plan of action recommending how to achieve this goal. Aviation sector plays an indispensable role in addressing the issue of climate change, which is why the UK government is giving priority to transform aviation to a cleaner and greener sector. The aim is to maintain the status quo without increasing the contribution to climate change.

In addition to the above-mentioned initiatives, the UK government has also announced that it has changed its target date for the entire fleet of 40,000 vans and cars under the central government to become fully net zero by 2030, and has brought the date forward by three years to 2027.

The Government has also published its response to the EV smart charging consultation and has committed to lay down the required legislations by this year end. To make sure that all the private EV chargepoints that are newly made are able to meet the smart charging standards, which can help the consumers in saving money and cutting on their energy bills, the government is taking these steps.

Lastly, the Rail Environment Policy Statement has also been published, which provides recommendations and directions on a range of environment issues impacting the rail industry. The issues include decarbonising the rail estate, traction decarbonisation, biodiversity and waste, air quality, and others.

The Transport Decarbonisation plan will play a key role in helping the UK government to reach its net zero target by 2050, while providing the logistics businesses with the necessary clarity and confidence to take steps in line with these targets. Transport Secretary Grant Shapps has said that transport is not just how you travel around, it is something that shapes our cities, towns, and countryside, our health, and our living standards.