What is World Trade Organisation?

The World Trade Organisation is the global body dedicated to regulating international trade between different nations. It was founded in 1995. The WTO comprises 164 member countries till 2021, with Afghanistan and Liberia joining in July 2016 as the newest members, plus 25 observer nations and governments.

WTO agreements must be discussed and signed by most of the countries and authorised by their parliaments. However, the mission is to aid manufacturers of services and products, exporters, and importers, run their businesses successfully.

In addition, WTO arose from the General Agreement on Tariffs and Trade (GATT), resulting from WWII. GATT was a crucial component of the Bretton Woods family, and it included the International Monetary Fund and the World Bank. GATT rounds were a series of trade talks that commenced after World War II to decrease tariffs and boost trade between nations.

Member nations operate the World Trade Organisation. The members take all critical decisions, whether by the ministers who convene once in two years or by their delegates or ambassadors who regularly assemble in Geneva.

The WTO's principal objective is to simplify member nations to communicate about trade and strengthen international trade regulations. In addition, the organisation offers a platform for member nations to negotiate and settle trade disputes with one another. WTO is striving to ensure that commerce flows as reliably, efficiently, and generously as possible.

Furthermore, the WTO has eliminated trade barriers and strengthened commerce between member nations to achieve its goal. But, apart from that, it has put trade barriers where it makes more sense in the global context. As a result, the WTO strives to provide mediation that serves the world economy.

When the talks are ultimately over and a solution is in place, the WTO mandates that the accord be clarified in the event of future controversy. All WTO agreements have a resolution process, in which the agency is obliged with resolving disputes in a fairly and impartially manner.

Furthermore, the WTO's emergence has boosted economic growth and fostered cordial relations between states. The fundamental goal is to promote free trade for the welfare of all nations, and it is making progress in this direction.

What are the functions of WTO?

The WTO is a global agency whose fundamental aim is to facilitate trade easier for everyone. While in operation, the WTO has six primary goals.

However, there can be no resolution, mediation, or negotiation without the underlying WTO contracts. The WTO's international business standards are based on these contracts, which serve as a legal framework. They tie the nation to a set of limitations that should be involved in developing future trade policies. These agreements safeguard exporters, importers, and manufacturers while at the same time encouraging world governments to meet up particular social and environmental requirements.

Furthermore, decisions in the WTO must be determined by consensus, even if a majority vote is frequently employed. The Ministerial Conference, based in Geneva, Switzerland, makes the critical decisions. It takes one meeting every two years. In addition to the multiple working groups and committees, there is a services council, a goods council, and an intellectual property rights council, all of which report to a general council.

Additionally, whenever a trade conflict takes place between nations, the WTO supports its resolution. For example, consider a nation creates a trade barrier by levying a customs duty on a specific nation or a product. The WTO would be empowered to impose trade sanctions against the offending nation while endeavouring to settle discussions. 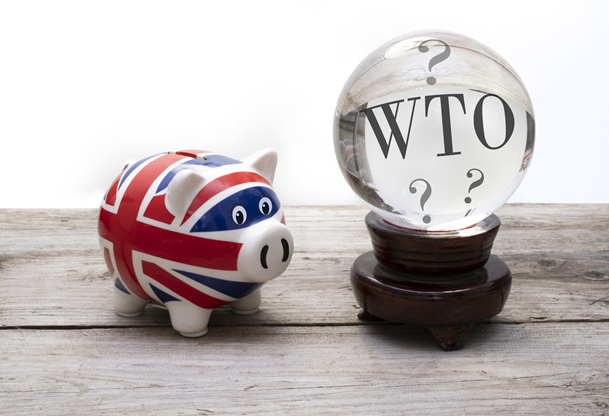 What are the pros and cons of WTO?

The history of international commerce has revealed a struggle between free trade and protectionism, and the WTO has propelled globalisation with both benefits and disadvantages. However, although the entity's initiatives have benefited global commercial development, they have harmed the local population and human rights.

WTO proponents, notably multinational companies (MNCs), feel the entity is useful to business, claiming the promotion of free trade and reducing trade conflicts as advantages to the global economy. On the other hand, some believe that the WTO weakens the values of organic democracy and broadens the global wealth gap. In addition, they see deterioration in the local economy and rising external influence as harming the world economy.

While in office, then-President Donald Trump warned to exit the WTO, labelling it a "disaster" as part of a more significant push to renegotiate US foreign trade agreements. The departure of the United States from the World Trade Organisation could have thrown global trade into disarray worth trillions of dollars. Nevertheless, he did not withdraw the US from the WTO throughout his tenure.

Anti-WTO demonstrations took place across the world in response to the implications of developing a multilateral trading system. Critics argue that the repercussions of WTO regulations are unlawful due to a lack of transparency during talks.

Rivals further say that because the WTO is a global trade body with the capacity to review a nation's internal trade policies, national sovereignty is jeopardised.