What is Voice User Interface?

Voice User Interface (VUI) help users interact with any system using voice or speech command. A typical example is Alexa. With the help of VUI, users do not have to use their hands or swipe the screen to communicate with the system. 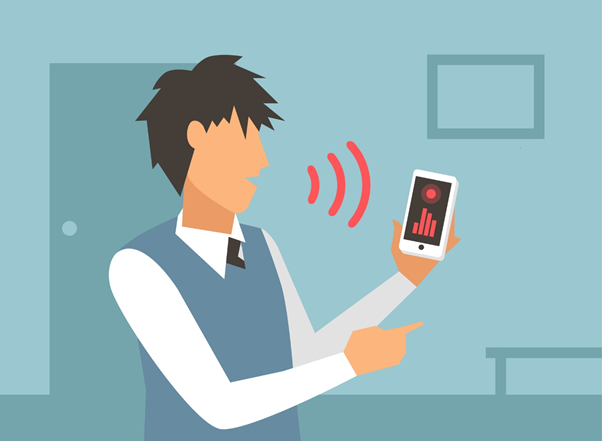 What are the different types of VUI?

VUI is not a new concept. The concept is being derived from smart speakers, which has brought VUI to the users’ living rooms.

Voice User Interface allows users to interact with computers, smartphones, tablets, game consoles. The modern user interface is designed to give the users confidence to use computers as their personal assistants by responding to all types of requests and commands. The user interface is human-centric and has become the next-generation interface paradigm, encouraging considerable prospective for enhancing user experience and productivity.

VUI has made it possible for millions of people to have better control over their homes, business, and phones. On that note, let us look at some of the advantages of using VUI.

In the present times, voice is used for human-machine interactions. This normalises the application of technology by allowing users to interact with their computers as if they communicate with the dear ones.

Talk over the phone without placing it near the ears

If a user knows how to use VUI, he/she can use this technology to speak on the phone without placing the phone near your ears. Even when a user is in between day to day activities, he/she can probably answer the call by press the button to answer the call and then talk to callers hands-free.

VUI helps to save a lot of time. An example of this is that a user can change the direction by instructing Google Maps while driving. Thus, it would lessen the scope of getting lost. Also, the user is not required to take out the phone and look for the destination and find direction.

What are the major challenges with Voice User Interface?

Undoubtedly, VUI has made communication between the user and device comfortable.  However, there exist a couple of drawbacks associated with this technology. Let us look at them.

Although VUI has made life easy, the biggest challenge here is that the devices are expensive and beyond many people’s reach. Besides, these devices consume a lot of electricity. It means that if the user has several smart devices, it is most likely that he/she may have to pay a huge electricity bill. Also, if there is no electricity in the house, these devices would not function.

Discomfort communicating with a computer

Despite VUIs being easy to use, some people feel uncomfortable while communicating with computers. They find speaking to a device unnatural and can’t communicate with a device even in private.

There could be a chance that the data gets tracked by the manufacturer of the VUI device. Lately, there were some concerns amongst people that Google Home and Alexa are spying on private conversations. This could be a concern amongst users of the device related to the theft of confidential data.

In the present times, VUIs are becoming popular, and so is their designing process. In this section, we would look at the steps for designing VUI.

It is the first step in the process of developing VUI where a developer implements a user-first design. The main objective in this process involves collecting information and understand the behaviour and need of users. Based on the information, the developer develops the product.

In this process, the focus involves the identification of the challenges pointed in the previous product. Once this process is done, the next step includes gathering information on the language and phrases used by the end-users while communicating with each other.

Once you know your audience, you need to design the product focusing on its shape and capabilities. The stage includes the creation of new scenarios and ensuring they work with voice.

The third step in VUI development focuses on creating dialogue for each requirement that the developer intends to see in the end product.

The developer then prepares a set of dialogues that make the building blocks of the voice user flow for participation and everyday dialogue. Once this is achieved, the developer identifies the errors which might occur in the end product and then fix it.

Testing of the product

Refining of the product

Once the product reaches the market, it is the time when it is refined by studying the way the users use the end product. Some of the key points generally seen by the manufacturer are:

Why is KODA crypto slipping today?

What is Assemble Protocol (ASM) Crypto and Why is it in Focus?