SaaS stands for Software-as-a-Service, which is cloud-based software that allows access to the data from any device via a web browser and internet. It is a web-based licensing model where software vendors host and manage the databases, codes of application and software. The software’s access of the data is provided on a subscription basis.

Software-as-a-Service (SAAS), which is now mainstream, is also known as cloud-based software. Cloud-based software is considered as a default software deployment tool in 2020, for every kind of business, from giant corporations to small business and shops in the world. Business applications required smart installation or strict arrangements and they are paid for overtime instead of all at once. These applications are used via web and internet which makes its more affordable and flexible for any kind and size of a business. Software-as-a-Service is considered a very good option for any business but still many business leaders have some doubts and queries about the software like how it helps a business to run effectively and efficiently.

SaaS is normally accessed through an internet and a web browser where the user logs in into the computer system through their given username and password. The user is able to access the program via internet instead of installing the software in their personal computer. The SaaS includes various applications such as auditing functions, managing documents, email services, customer relationship management (CRM) systems, automating sign-up, and others.

The SaaS show up and rises when the cloud-based computing rises. Cloud-based computing refers to the process of providing technology services through internet such as servers, data storage and networking. Before the introduction of the Software-as-a-Service, companies supposed to purchase compact disks to update their computers software, these compact disks contain the updates that needed to download in computers in order to update the software of computers. It is a labourious process for large corporations. With the SaaS, users can directly log in with internet or web and associate with the providers of service network to access the specific services instead of installing or updating any software. 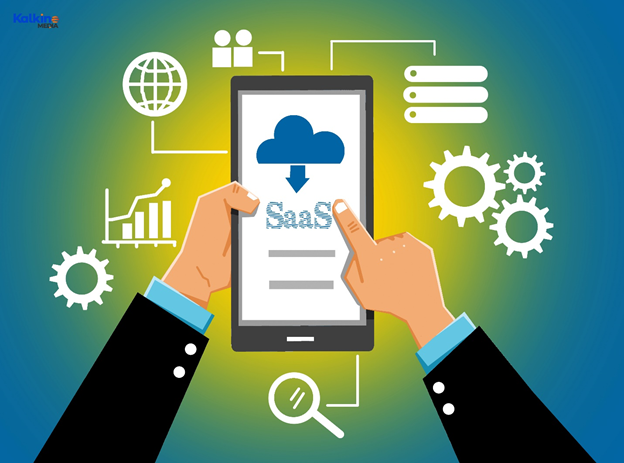 The Software-as-a-Service generally finds its origin in a theory called time-sharing. It is developed in the between 1950s and 1960s period, in order to utilise expensive processor time with the motive of making it more cost-effective. Over the next few years, the cost of hardware is reduced as it started a cloud-based computing. Companies started shifting from using personal computer system to on premise system although it was difficult to work on premise software in large organisations as they have overburden of ongoing software and maintenance of hardware of personal computers.

In the middle of 90s, the Internet touched new highs through e-commerce transactions. With the growth of internet, a new technology, online cloud that allowed organisations to access software from any place. Salesforce fully embrace the SaaS and launched its customer relationship management (CRM) platform in 1999 and it became the first initiator in this space and recorded as one of the largest companies in the US, which is pure SaaS.

With the Salesforce, other companies, whether a startup or established giants including all the shapes and sizes of companies, eagerly moved towards the SaaS business model. Some of the prominent companies were SAP, Microsoft, and Oracle.

What are the advantages of SaaS?

What are the advantages of Software-as-a-Service?