The S&P 500 stands for the Standard & Poor 500 index comprises the top 500 publicly traded companies of the US. It is a market capitalisation weighted index of the US. However, it should not be considered the top 500 US publicly traded companies that have the largest market capitalisation because other criteria are also considered while creating the list. S&P 500 is regarded as the best gauge of US large-cap securities.

The other indexes commonly used in the US financial market are Dow Jones Industrial Average, Russell 2000 Index, and Dow 30. These indexes create a list of small-cap US publicly traded companies.

Presently, S&P official website does not provide the list of the top 500 large-cap companies of the US, the site is limited to the top 10. Most of the companies that are included in the S&P 500 are financial and technological firms.

How are S&P 500 calculations done?

To verify each company's market capitalisation, the current stock price is multiplied by the outstanding shares of the company.

The market cap of S&P indexes and individual companies is published and updated regularly on financial websites; as a result, the investors are not required to calculate them again. 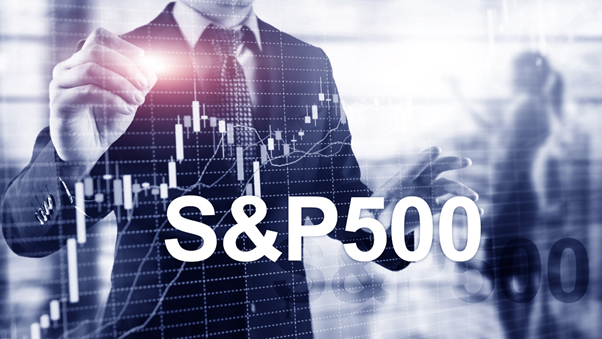 What is the working of the S&P index?

S&P is engaged in tracking the largest 500 market cap companies of the US and Standard & Poor publishes the list. Since the S&P 500 includes 500 companies, it provides a better presentation of the US market than the DJIA (Dow Jones Industrial Average) 30 companies. The financial advisors and money managers have revealed that S&P 500 is prioritised over the DJIA.

Although S&P is seen as a reliable indicator of the US market, still it has some limitations that the financial market participants should consider. The top 50 companies included in the S&P 500 compose 50 percent of the total market value. This aspect is considered the drawback of the S&P 500 because these 50 companies ascertain the movement of the whole index, and another segment of companies is generally ignored.

The companies included in S&P are not fixed, but the companies are added and removed as per the changing market conditions. For example, the companies whose performance is not up to the mark or which fail to meet the basic listing criteria are removed from the list. Also, companies are replaced with better-performing companies.

What are the eligibility criteria for getting listed on S&P 500?

The basic eligibility criteria are:

S&P 500 is considered useful as an economic and market indicator because it is composed of stocks that have a broad basket. Obscure or small companies are not included, but stocks that are owned widely by the individual investors are included. Roughly, 500 companies present 80% of the US stock market.

What is the difference between Dow Jones Industrial Average (DJIA) and S&P 500?

S&P is a market cap-weighted index, and DJIA is a price-weighted index. Thus, the DJIA index is affected by the highest value stocks, and valuation is not given any significance.

DJIA comprises only 30 companies and is highly influenced by the largest stocks such as Berkshire Hathaway, alphabet, and Amazon.

The drawback of DJIA is that single stock can influence the performance of the whole index.

What are the special considerations while investing in S&P 500?

It is generally suggested that investors should weigh the stocks according to the market capitalisation, as happens in S&P 500.

S&P 500 should be utilised as an economic indicator; that is, an index representing the economy's performance and investment should be made if an investor is confident about the economy.

Moreover, S&P 500 includes only US shares; the investors should take into consideration foreign markets. Besides stocks, the investors should also invest in commodities and bonds. S&P is also engaged in providing ratings to the bonds. There is an inverse relationship between the prices of bonds and stocks. In addition to this, bonds ensure liquidity within the portfolio.

TSX up with all sectors in green, DND spikes 67% in 4 days & loonie up