What is a Quanto Swap?

A quanto swap is a swap in which interest rates are swapped in different currencies and it is settled in cash. Chiefly, in the quanto swap, each party pays the foreign interest rate to the other party. The notional amount is presented in the domestic currency and the interest can be floating as well as fixed.

How does Quanto Swap work?

The quanto swaps deal in two different currencies, however, the payments are settled in one currency. To illustrate, a US investor is paying LIBOR in the US dollar for six months in the quanto swaps for a US$1 million loan. In return, receives payment in US dollar at EURIBOR and 75 basis points for six months.

By employing fixed for floating quanto swap, the investor can minimize the foreign currency exchange risk. The risk can be mitigated by fixing the interest rate and the exchange rate at the same time.

Floating for floating swaps have higher risk in comparison to the fixed for floating because both the parties are exposed to the spread of the currency interest rate of each country. 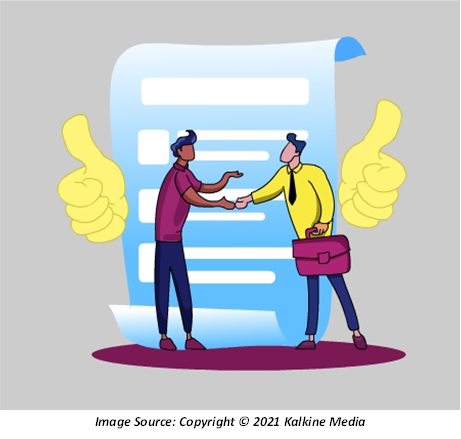 What are the types of Quanto Swaps?

There are three types of quanto swaps:

What are the parameters for Quanto Swaps?

What purpose do Quanto swaps serve?

A quanto swap is used by an investor when they estimate that a particular financial asset will perform well in a country and simultaneously know that the country’s currency might not perform well. Hence, the investor can use the Quanto swap and swap the interest rates with another investor but the payout will remain in the home country. By using this technique, investors will be able to separate interest rate risk from the foreign currency exchange rate risk.

The swaps are built with the aim to either increase or reduce the interest rate exposure. The swap can also help in obtaining a lower interest rate which would not be possible without the swap. The quanto swap solves the issue of currency risk and the interest rate risk as the future exchange rates are determined at the time of swap writing.

What advantages are associated with Quanto swap?

The quanto swap provides a hedge against the currency pairs whose values change aggressively in both directions. Such drastic changes are observed as the currency of a country is highly affected by the economic news of the country.

By employing the quanto swap, an investor can reduce the risks associated with the aggressive movement of the currency’s value in a particular direction. Along with other hedging strategies, the quanto swaps are used as a trading tool while indulging in the b-booking activities, that is, the broker takes the opposite side of their client’s transaction.

What disadvantages are associated with Quanto Swap?

Quanto swap extends disadvantage at the time of maturity because the floating interest rate could add more cost, compensating on the whole purpose of the swap.

What is the difference between Quanto swap and Compo swap?

In a quanto equity swap, the underlying asset is denominated in the foreign currency, not in the currency in which the equity swaps are denominated, i.e. domestic currency. The value of the underlying asset at the time of the maturity is denominated in the foreign currency and by employing the prevailing exchange rate at inception, the asset is converted into the domestic currency. As a result, the investor’s exposure to the currency risk is limited.

A quanto swap can be converted into a security based swap in case the swap is utilized with the aim of transferring the exposure to the return of security and the exposure of currency exchange rate is not transferred. Moreover, security is extended by the swap when the exchange rate exposure encountered by the dealer is related to the transactions and incur from the instrument adopted by the dealer for the purpose of hedging.

Whereas in the compo equity swap, the return calculations are based on the performance of foreign stocks and the exchange rate changes, which exposes the dealer to greater risk.

CFTC vs. SEC in the backdrop of Senate’s bipartisan crypto proposal

Who is Ellis Pinsky, the so-called ‘teenage crypto kingpin’?