An oil well is a hole drilled from the Earth's surface to the oil reservoir for the extraction of hydrocarbons. Usually, oil wells produce both crude oil and associated natural gas. Wells with different trajectories can be drilled to extract hydrocarbons from the subsurface. So, an oil well could be a directional, vertical or horizontal well. Wells are drilled with the help of complex drilling equipment assembled to form a megastructure, i.e. oil rig. 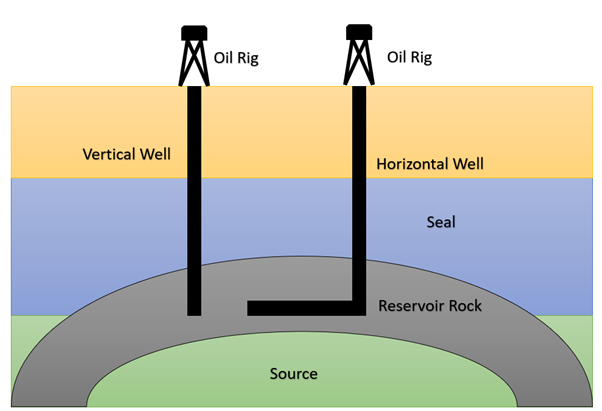 Life Cycle of an Oil Well:

The whole life cycle of a well is broadly classified into five main chapters starting from the planning stage, where the planning for drilling a well is being undertaken. However, the last stage in the life of a well is abandonment, when the well is plugged off. Let us discuss all five stages in brief. 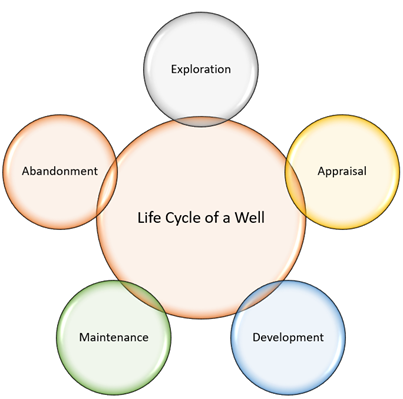 Other types of Oil Wells: