What do you mean by Monetary Assets?

The assets can be easily converted into a fixed or precisely calculated amount of money, including cash on hand, accounts receivable (AR), bank deposits and notes receivable.

Monetary assets are also regarded as current assets and are thus mentioned on a company's balance sheet. The recorded value of the monetary assets can never be restated on the financial statements.

What are the characteristics of Monetary Assets?

The value of monetary assets is constant in terms of dollars; however, they may change in real terms (relative change in purchasing power). For instance, if a business has $40,000 as cash, the value after a year will also remain the same, i.e., $40,000. However, in future, there is a possibility that due to inflation, the thing which cost $40,000 last year will cost more than $40,000 in the current year. This suggests that there has been a drop in real terms even though the dollar amount remains constant. 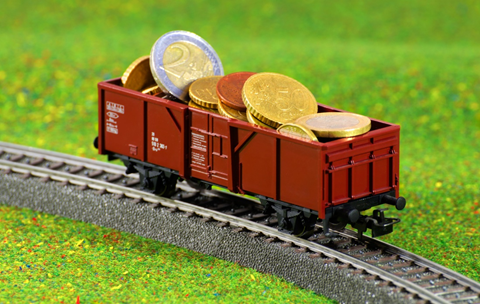 The recorded value of monetary assets cannot be restated in the financial statements. At the same time, non-monetary assets are subject to appreciation or depreciation depending on the market conditions.

Other characteristics of monetary assets include – higher liquidity, which can be easily converted and can be used as working capital. Furthermore, they are not subject to appreciation or depreciation.

What can be the examples of Monetary Assets?

Few examples of monetary assets are: 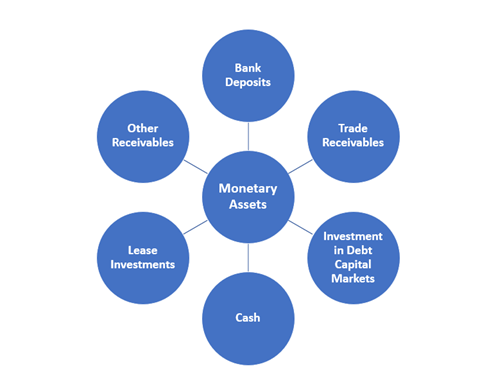 What is the usage of Monetary Assets for business purposes?

Is there any asset that can be either monetary or Non-monetary?

Some assets can either be monetary or non-monetary. An example of this can be prepayments or advance payments. A contract with a third party decides whether Prepayments or advance payments are monetary or non-monetary assets. The third party generally is the one to which payment was made. Suppose the contract says that the prepaid amount is not repayable/returnable, or there is no contract, and the chances of getting back the amount are meagre. In that case, it is considered a non-monetary asset. On the other hand, investments in preferred shares are considered as monetary assets if there exists a clause in the contract, according to which, just like a debt, the issuing entity must undertake the redemption of preference shares after a specific time, in future. Or else, investments in preferred shares will be considered as non-monetary assets.

What are the Non-monetary assets?