Currency depreciation is different from devaluation where the value of the domestic currency is deliberately decreased by the government and central bank.

How does a currency depreciate?

On the other hand, AUD is said to have appreciated against GBP, because one unit of AUD can be used to buy more GBP than what could be previously bought with it. Therefore, currency depreciates by 11.2%.

How does the supply of foreign exchange affect exchange rates?

Consider the following example showing the determination of exchange rate of Dollar in terms of Euro. The supply of Euro refers to the quantity of Euro available as foreign exchange, while the demand for Euro reflects its demand in the domestic country. 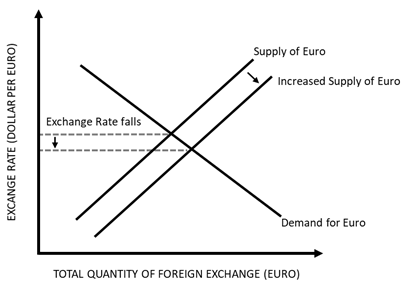 Considering the above diagram, the supply of Euro in the economy is increasing, while the demand for Euro remains the same. As more and more units of Euro are accumulated as foreign exchange, Euro depreciates while Dollar appreciates.

What factors lead to currency depreciation?

A currency depreciation can occur because of domestic as well as international factors, these include: 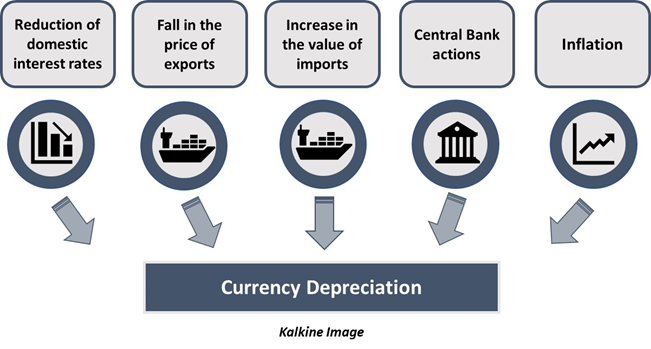 How does currency depreciation impact an economy?

Currency depreciation can lead to the following:

How can depreciation harm the economy?

Currency depreciation may lead to various disadvantages for an economy:

How are BHP shares faring on ASX?