By way of definition, land value tax (LVT) is a more decipherable way of levying tax deduction on those properties that are individual in nature and don’t associate with any buildings. This is an old concept, originating from the Agrarian times, when it was a common practice to find  ways to fairly tax landowners, in order to help the rest of the community socially. The communities that have incorporated the use of LVT have benefitted largely from it as compared to the regular tax system for property. 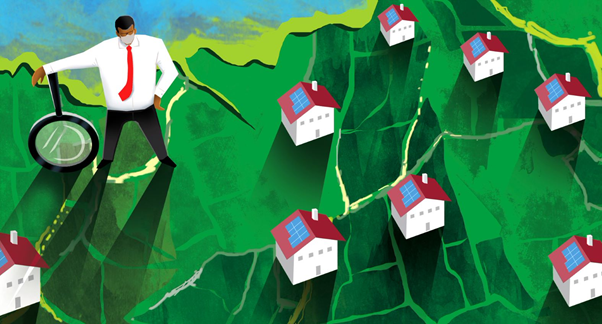 Why is land value tax required?

The sole purpose of land value tax is to determine the fair value of the land, which is definite in nature. This is a base value which doesn’t usually change too quickly or too drastically in comparison with the building structure that is then created on this land in question. Fluctuating prices occur with a lot to do with what is happening in and around the land in question, as several factors affect it. Say for example, if the land is based in a rural setting, there’s a possibility it doesn’t have much effect on the general economics of the places nearby. On the other hand, the same piece of land in an urban setting, placed nearby a supermarket, which requires additional storage space, will have a larger economic impact.

From time immemorial, land has been one of the greatest assets in social setting. While in a way of speech it is said that a person owns a certain piece of land, they actually are simply renting it to be passed on to the next generation and then the next and so on. The ultimate activities being conducted on the land, are  what contribute to decide its value. Also, the said activity in most cases related to the landowner’s wealth. This is what makes the land value tax a better means for discovering the tax liability of the owner. This has given rise to the concept of evaluating the tax for the land and the tax for the building over it, in separate ways for the purpose of tax determination.

A perfect example of the ad valorem tax (LVT) in several places is also referred to as site valuation tax. Ad Valorem means “as per the value” in Latin. Homeowners receive on a yearly basis municipal land assessments in which there is a separate valuation done for the land, distinct from various constructions on the land. The taxable value is subject to change, provided the homeowner makes changes to the buildings present on the land. The value of the land, however, will generally be more stable over a longer period of time.

On the other hand, if the buildings on a land are in a bad shape and neglected, the tax that is going to be paid for the same decreases with the passage of time. In this case too, however, the core value of the land shall more or less be the same which shall have an effect on potential buyers, and whether or not, they wish to bear the difference between the actual value of the property vs what it is taxed.

What kind of changes does it offer?

Understandably, the fluctuations in the value of properties are hugely dependant on dynamic market conditions with all the volatilities it carries. This creates something known as deadweight loss, which basically is what amount of loss land is causing to the society in general. This tends to have long lasting  and widespread ill effects on funding for other societal requirements like the fire department or the police.

The aim of land value tax is to mitigate these market fluctuations, by generating a stabler land value independent from buildings for the purpose of creating a feasible system that could help in real estate taxation.

What are the benefits of Land Value tax

There are several ways in which land value tax is an equaliser in this ever-fluctuating property market.

A fair medium of funding public service, the country’s Government would be responsible for deciding the national LVT in accordance with the planning permitted in every site respectively, annually. In comparison with the taxes levied on buildings, the LVT would mean a much  broader way of assessment as it would be inclusive of various empty sites.

It would influence capital investment and private investment as compared to land speculation, which was responsible for making land prices go higher, towards developing productive entities.

Another use would be influencing empty sites to be used for creating wealth and job opportunities for people. It would further benefit in helping the clutter clear from urban areas, with lands in rural areas also becoming attractive for use.

This is a form of tax which would be unavoidable, with it being compulsory for each landowner to get their land registered and pay their LVT on time for all their mentioned land holdings.

The sites that are not registered would be up for auction, which would ultimately earn money for the Government. Automatic remuneration would be generated for such areas that run-in loss due to new nearby development. In an example of the same, if there is a new railway line laid somewhere, while nearby areas from the station might increase in value due to feasibility in transport being their forte now, some areas that are closer to the track might suffer from too much noise, which would cause its value to decline. In this case, LVT for these sites in disadvantage would be lower than before, displaying economic depreciation.

Central banks for most countries determine interest rates and inflation rates. LVT would mean no more unnecessary escalation in land prices and offer better interest rates so that it becomes easier for people to buy homes in the future.

All in all, it could act as a stabiliser for sky-rocketing property prices and taxes, rending better value to the industry in different parts of the world.