What is Jarrow Turnbull Model?

The Jarrow Turnbull model can be defined as the first reduced form model for pricing credit risk. Introduced by Robert Jarrow and Stuart Turnbull in the early 1990s, the model uses different factor and dynamic study of interest rates in order to calculate the tendency of default in credits. The model is a credit risk model used to assess the probability of defaults on borrowings through analysis of interest rates.

The model is an addition of Merton model which was introduced in 1976. An individual may need experience to estimate and calculate credit risk or probability of default on credit because it is a monotonous task involves complex math and high-octane computing, so it is better to be handled by an analyst or expert.

There are several models to help analyst and financial institutions have a better control on whether a company may not be able to meet its financial obligations, or it is. Earlier, it was so usual to use gauge that estimate or examine default risk mostly by seeing at a firm’s capital structure. 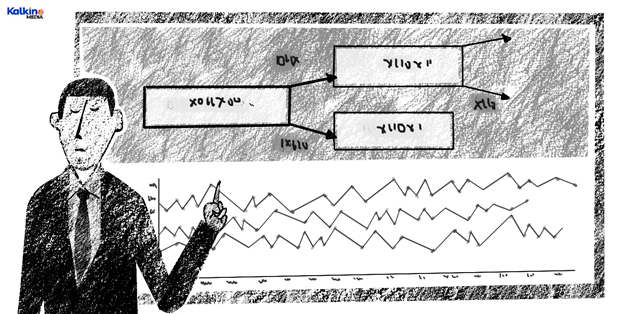 How is Credit Risk linked to Jarrow Turnbull Model?

Credit Risk refers to the risk taken by a lender or investor; it is the risk of loss due to default (non-payment) of loans by the borrower or default of any other kinds of debts. There are many risks that face by the investors increase in the costs, loss of interest, reduction in flow of cash and other associated losses. Credit risk is also called as counter party risk or default risk. There are two approaches of credit risk modeling, include the structural models and the reduced-form models.

The reduced-form models are more popular among lenders or investors because they are not able to catch numerous assumptions in the credit risk. The Jarrow Turnbull model is one of the first reduced-form models based on analyze of the interest rates of a credit in order to calculate profitability of defaults. The Jarrow Turnbull model can be defined as a credit risk model which is used by the investors or lenders to assess the probability of defaults on borrowings through analysis of interest rates.

The Reduced-form models and the structural models are one of two approaches of credit risk modeling. The Structural models are based on the assumption that a modeler has full information about a firm’s liabilities and assets and helps to predict defaults. On the other hand, in the Reduced-form models a modeler has no information about a firm’s liabilities and assets or any firm’s assets and liabilities. In the structural models, profitability of default is estimated by looking at the random changes in the imperceptible value of a company’s assets. Under the structural models, default risks appearing at the time of maturity date if, at that time, the firm’s assets value down below its outstanding debt. The Structural models the modeler helps in predicting the market in the future. Whereas the reduced-form models acted with believe that a modeler has no information about the financial conditions of a firm, and defaults are treated as an unexpected event that can be controlled through various different factor happening in the market.

The Structural models give a connection between the credit quality of a company and the company’s financial and economic conditions such as the Merton’s model as it works with an assumption that the modeler has the same knowledge about the financial condition of the company, including the assets and liabilities. On the contrary side, the reduced-form models work with the information about the ongoing situation of the market, including the variation of interest rates and so on.

How is NZ’s wine industry doing amid COVID-19?

Can we rely on carbon capture for climate goals?

Look at the 5 attractive financial stocks listed with NZX

COVID-19 is resurging: How effective can vaccines be?

What are the best food stocks to invest in on the NZX?

Why Are Prices Of 6 NZX Stocks Fluctuating?

What Will Mixed Earnings of TWR & MFT Mean For Their Stocks?

ASX 200 closes in the red, A_REIT and Material shares bleed

Why To include these Financial Stocks this Easter?

6 NZX Stocks That Were Gainers and Decliners Of the Day