What is an Earthquake?

An earthquake is the process of intense ground shaking due to the sudden release of energy. The release of energy results in waves that radiate outward from the epicentre. When the stress in the crust exceeds the strength of rock, the rocks break along the line of weakness. Hypocenter or focus is the point from where an earthquake originates, and it may be located several kilometres deep into the earth. The point that is present vertically above the hypocenter is known as the epicentre of the earthquake.

Earthquake is a type of deadly natural hazard. Hundreds of earthquakes occur each year and cause substantial damage to human lives and the economy. 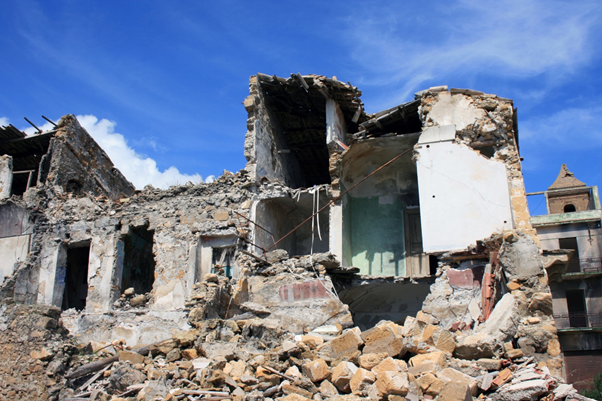 What are the causes of earthquakes?

Earth comprises of four major layers – the inner core, outer core, mantle and the crust. The crust is the topmost layer of the earth that covers the mantle and acts as skin for the planet. The mantle is a semi-solid and dense layer of rocks above which the crustal plates float. Crustal plates are huge pieces of crustal rocks which are also known as tectonic plates.

The lower density of crustal rocks and higher density of semi-solid mantle helps the tectonic plates to float above the mantle. These plates don't rest in a single place; rather, they move depending on the movement of the mantle. 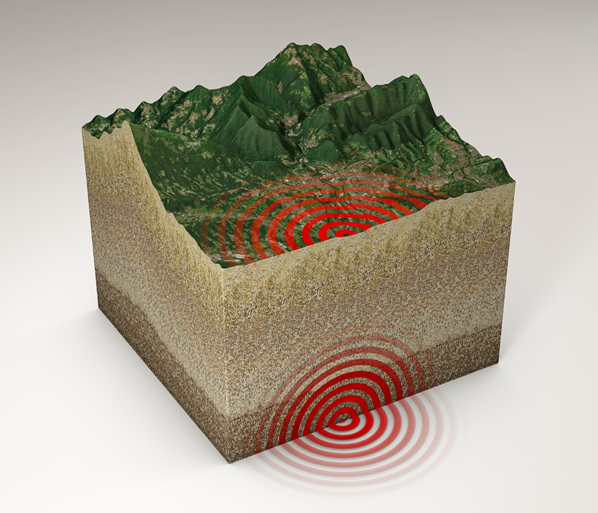 Most of the earthquakes take place when one plate collides with another plate. The denser plate subducts under the plate having relatively lower density. During subduction edge of one plate stuck with another due to friction. As soon as the stress on the tectonic plate’s edge overcomes the friction, energy is released in the form of an earthquake to release seismic waves in the outward direction through the earth’s crust.

Why do we feel shocks during an earthquake?

The sudden release of energy in the form of waves after the breakdown of the plate is the primary reason for feeling shocks when an earthquake comes. The released energy radiates in the outward direction, creating disturbances in the form of tremors while travelling. The outward radiating energy in the form of seismic waves shakes the earth as soon as they reach the earth's surface, shaking everything, including houses, ground, buildings to shake.

What are the type of waves generated during an earthquake?

Two types of waves generated during an earthquake, viz- are body waves and surface waves. Body waves travel through the earth's body and get reflected or transmitted at the interfaces as the density of the medium changes. There is two main type of body waves - P-wave and S-wave that are generated during an earthquake. The p wave is a longitudinal wave, and the S wave is a transverse wave.

How do scientists record earthquake? 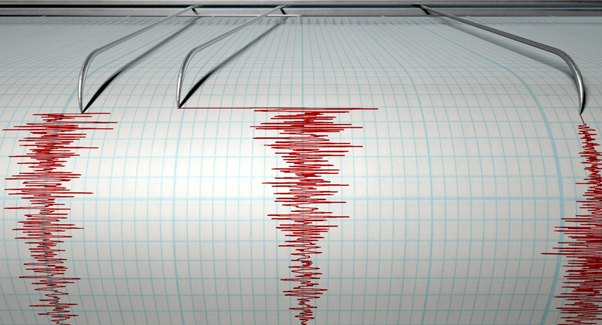 How can we measure the scale of an earthquake?

How do earthquakes affect buildings?

The impact of the earthquake also depends on the construction and design of buildings. A poorly constructed building where walls and slab are not tied properly are more vulnerable to the damage.

Which are the most active regions?

This is the latest buzz in the NZ market today

Consumer NZ calls for overhauling of the Kiwi insurance industry

Japan mulls US request to use gas stockpiles, rations in BC after flood

Top things to watch out for in NZ market today