What is meant by developing countries?

What is meant by developing countries?

What are some key features of developing countries?

Some features are common to all developing countries.

Standards of living depend on the income earned or the wealth possessed. Developing countries have low national income and national per capita hence lower living standards.

Developing countries still experience a lack of sufficient infrastructure. For example, in India, there are still villages that do not have electricity throughout the day, people have to travel significant distances to access good schools and hospitals 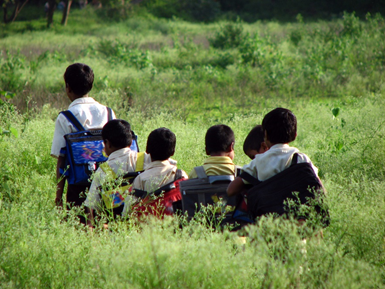 The industrial base in developing economies is highly underdeveloped due to reasons like poor capital formation, political factors, lack of financing abilities, shortage of personnel’s with specialisation, unequal distribution of wealth, industrial sickness, state controls, lack of proper technology.

Labour productivity in developing economies is low because of lack of specialised workforce, poor management, insufficient training due to lack of funds, inability to decentralise decision making, etc.

Developing economies may have a more significant chunk of the population in primary sector jobs than in secondary, tertiary and quaternary and knowledge sector. Low levels of literacy are the reason for high concentration in the primary sector and agricultural and allied activities.

What are the challenges faced by developing countries?

Developing countries face various challenges on their path to becoming a developed economy. Either countries may not be endowed with natural resources or have sufficient resources but may fail at proper utilisation.

Let us take the example of land as a resource. Countries with a very large population engaged in the primary sector may mean that too many variable factors (labour) are employed to work on a fixed factor (land). An inappropriate factor combination causes a decline in output because productivity is severely hampered in such scenarios. Also, fragmenting land for ownership makes it difficult to employ hi-tech methods that can enhance productivity. Resource shortage or resource abundance accompanied by wastage is a challenge faced by developing countries.

Lack of access to efficient technology can bring about situations of inefficiency in production. As a result, all the resources may not be fully utilised, and there may be underutilisation.

The population may be a boon or bane. Unless there is sufficient investment in the development of human capital by ensuring access to quality education, a large population is only a force consuming the economy's resources without pro-rata value addition. In today's competitive times, it is an essential part of human capital development to impart employability skills because theoretical knowledge in isolation may do only little good. Moreover, if the population growth rate exceeds a country's GDP growth rate, there will be negative movement in per capita GDP. Such trends again only work to worsen the living standards and put more pressure on the resources.

Developing countries may not be very progressive in their thought process. As a result, they linger on to traditional ways of business operations. Such cultural forces driving the business may hamper economic efficiency and productivity. Economic plans for efficiency and growth should be in place without creating social turmoil- this means that local bodies must not be rigid when imposing infrastructural practices.

The vicious cycle of poverty is another major concern for developing countries. This is also called a poverty trap. Countries with low incomes have low levels of savings and investments. As a result, productivity is low, and so income levels remain low. 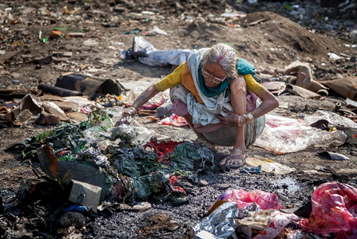 The economic development of developing countries is also slowed down due to the lack of proper infrastructure. Basic installations for production, transportation and communication are the backbone of an economy on the development path. Any misses in these areas can hamper economic activity or slow down or even reverse the growing trends.