Demonetisation is the act of removing the status of a legal tender from a unit of currency currently in circulation in the economy. It is a move used by governments to remove units of the existing currency in an economy.

Demonetisation can have serious consequences on the economy both on macroeconomics and microeconomics front. A sudden removal of currency can hamper economic activity. Therefore, there needs to be constant regulation in case such a move is implemented by the government and the central bank.

If applied correctly, demonetisation can have positive outcomes as well. Most governments adopt this move with the intent of battling inflation and boosting the economy. Demonetisation has been adopted by a few countries some of which include India, Zimbabwe, North Korea, and Ghana. The outcomes were different for all these countries, some countries were able to achieve their target while some experienced years of struggle.

How is demonetisation carried out?

Demonetising a currency may not necessarily reduce the inherent value of the currency. It involves removing a currently accepted mode of payment. Anything that has been given the status of a legal tender can not be denied as a form of payment. However, if this status is removed from an existing currency then that bill loses its value.

Banning a particular note or a bill essentially nullifies its usage in the economy. This means, the bill in question can no longer be accepted as a means of payment by the central bank. Therefore, demonetisation does not directly influence the value of a currency. 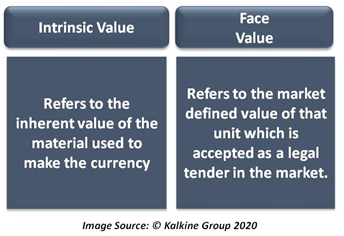 What are the effects of such a move?

The immediate impact of such a move include a contraction in the supply of money. As units of a currency are deemed valueless, the central bank tries to remove them from circulating in the economy. This leads to an instantaneous reduction in the amount of disposable cash available with the domestic consumers.

This contraction of money supply can also lead to a recession as people do not have money to spend and thus aggregate demand falls. This fall in aggregate demand is followed by firms cutting down their prices. As firms start incurring losses due to reduced demand and lower prices, they lay off workers to recuperate those losses. This can lead to a higher level of unemployment in the economy.

However, demonetisation can also have positive impacts if appropriate policy measures are carried out before the decision is announced. Under the right circumstances, consumers would shift to alternate forms of payments like electronic as well as digital methods. This could also be a trade facilitating move for an economy as countries can adopt other forms of currencies which help them expand their trade base. Another positive implication can be the removal of black money which refers to the money kept illegally and is not accounted for in the tax payments of its holder.

These positive effects are usually what governments aim to focus on when they implement such a move. However, the real outcome can only be analysed after such a step is taken by the government and the monetary authority.

What have been the experiences of countries with demonetisation?

The consequences of demonetisation faced by countries have been varied depending on the type of economy in question. With a sudden ban on currency notes, certain countries faced serious economic disruptions and were not able to stabilise their economy for a long time. Here are a few examples:

The case of the Indian Rupee

In 2016, the Indian Government banned Rs 500 and Rs 1000 notes that were in circulation at the time. These notes were to be replaced by the newly introduced Rs 2000 and Rs 500 bills. This move came unannounced for the people of the country. The first few weeks saw people rushing to the banks and ATMs to convert the existing currency with them into the newly accepted bills.

Why were the bills demonetised?

The primary objective of the government was to remove black money from the economy. The idea behind this was the fact that people who conceal money from the tax administration and hoard it would have no option other than getting rid of that money. However, the primary objective was far from getting fulfilled as most of the black money was not in the form of cash and had rather been invested. Another objective of the Indian government was to digitise payments and move towards a cashless economy.

What were the effects of demonetisation?

Most of the impacts observed in the economy were unexpected. As the economy struggled with a contracted demand, the value of the rupee also declined. While the move did cause damage to people who were holding black money, it did nothing to eliminate the black money that was kept saved in foreign banks or that had been invested already.

The inconvenience caused to domestic consumers while they stood in long lines outside ATMs was aggravated because of the caps on daily transactions that limited cash withdrawal.

The case of Euro

In 2002, twelve EU countries decided to adopt Euro as their single currency. This example is one of the more successful attempts of demonetisation as compared to the example above.

Why were the domestic currencies demonetised?

All the previously accepted currencies remained convertible into the Euro at a fixed exchange rate. This was done smoothly and for a long period.

What were the impacts?

The impacts felt in these countries were very much subdued as compared to the case of India. ATMs had been installed with the new currency 3 months in advance. Printing new notes and minting of new coins had started early on in 1998.

Thus, a smoother transition ensured that the stability of the economy remains intact and it does not suffer any major shocks.

A look at India’s biggest-ever IPO with ~US$2.5 billion target