What is knowledge economy?

The term knowledge economy refers to that sector of the economy primarily focused on knowledge-intensive activities of an economy- there is a high degree of dependence on human capital in terms of their intellectual capacities. The knowledge economy comprises high technology manufacturing of products and service providers in computer, aerospace, fintech, electronics, information technology, communication, insurance etc.

What is knowledge economy ?

The knowledge economy is characterised by the production, distribution, and usage of knowledge to steer the growth and wealth creation process for individuals, businesses, and the economy in general. Knowledge becomes the means for the creation of employment opportunities as opposed to physical labour.  A knowledge economy leads to robust growth in research and development in areas of science and technology. The knowledge economy is a great contributor to learning ability enhancement and increased innovation in an economy. Knowledge has begun to replace physical capital assets in businesses giving them a comparative advantage within the economic system. 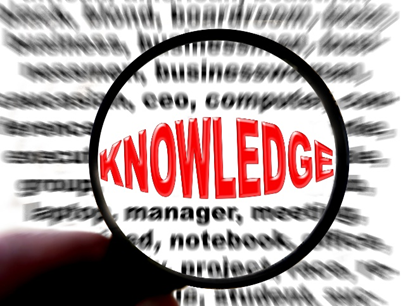 What are the key features of the knowledge economy?

A knowledge economy is driven by knowledge and information as the main factor for an increase in productivity. There is exponential growth in the technology-related sectors relative to other sectors employing more manual labour- for instance, information technology, software, data analytics, education technology, technology in finance, telemedicine and other knowledge dependent industries. The knowledge economies see increasing demand for skilled labour. University education and professional qualifications are more sought after in such economies. There is a high degree of tacit knowledge involved in the knowledge economy, i.e. knowledge gained from personal experience and difficult to express in words alone. There are more and more innovations coming up each day. Producers have direct access to customer information and customer feedback- this allows more scope of improvisation. Knowledge economies also see inter-industry knowledge spillover at work. As time passes, the degree of automation in a knowledge economy keeps on increasing and thus triggers rapid changes in labour market operations. The knowledge economy largely benefits customers because the degree of personalisation and customisation available is very high because of the automation involved. 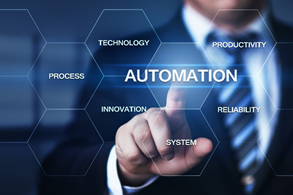 How is the knowledge economy different from the traditional economy?

The traditional economy was all about scarce resources and unlimited uses. Based on the priorities of national policies, income distribution, and type of labour available, the governments grapple with the questions of what to produce, how to produce, and whom to produce. While in the case of the knowledge economy, there isn't any scarcity. Instead, there exists abundance- this is because while physical resources get exhausted with consumption, knowledge as a resource can never be exhausted. Consuming the existing knowledge base becomes the means to build new knowledge.

The nature of knowledge that dominates the traditional economy is explicit knowledge- it can be written down and thus passed on smoothly and stored. On the other hand, the knowledge economy employs heavy usage of implicit knowledge- this is the practical application of explicit knowledge. An example of tacit knowledge is sales- a product demo can be taught to a salesperson theoretically, but to read the prospective buyers and present the feature as if customised to their requirement is a highly subjective matter that sales employees learn with years of experience.

In the traditional economy, assets mean the material assets like land and movable assets- their prices are stable, and even if unused, the loss of value is limited to business cycle fluctuations or any other factor. However, knowledge as an asset loses value if left unused. In the fast-moving world that we live in, technological development takes a step ahead each day. So knowledge, if not used and updated, becomes an obsolete product that may not be desired by employers and can only reduce the efficiency of the production process. Knowledge in isolation cannot give a competitive advantage in the current times- updated knowledge is what the businesses and economies need to prosper. People investing resources to gain knowledge are constantly faced with the challenge of obsolescence and value erosion- because outdated knowledge can do more harm than good. For example, after the 2016 demonetisation in the Indian economy, even small-time cart pullers and daily wage workers had to switch to digital payment modes to keep their small businesses and earnings flowing. Just basic knowledge of banking operations ceased to suffice.

Another difference between the knowledge economy and the traditional economy is in terms of the sale of resources. If a piece of land is sold, the person paying to buy it becomes the land owner, and the previous owner ceases to have rights over the land. Whereas in the case of knowledge-based products, the product sold remains the producer's intellectual property. The buyers can only have the application rights (unless there is a sale of rights) 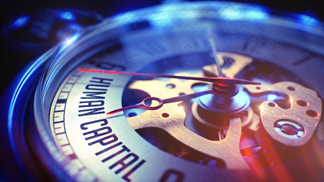 The traditional economy saw heavy reliance on tangibles, while the knowledge economy relies on intangible resource- knowledge. As a result, knowledge as a resource is characterised by continued growth and does not face the challenge of depletion.

The speed with which matters moved in a traditional economy is much slower than the pace existing in a knowledge economy- this is because the barriers of space and time have ceased to exist. Better know-how of the matters often gives players the first-mover advantage.

What are the basics of investment?

5 great value propositions for investors ahead of Holiday season

China’s crypto crackdown intensifies. Here’s why you should worry

Which are 5 NZX technology stocks with healthy 6-month returns?

Is Australia falling behind in race to digital economy?