There are thousands of oilfield and reservoirs around the world, each with its own characteristic and quality. Depending on the content and characteristics of crude oil, it is compared with the globally accepted parameters of some high-grade crude oils and priced accordingly.

Crude oil with higher sulphur content and density will fetch a lesser price in the market than crude oil with lower sulphur and density. But then the question arises, what should be the parameter for low sulphur and low density. This particular question is what led to the origin of benchmarking. Crude oil coming from any field is tested against the benchmark crude and is priced.

What are the set benchmarks in crude industry?

Some of the famous and established benchmarks are discussed here:

It is the most widely used benchmark and is used by nearly 75% of all the crude oil contracts as a reference for the trade. Brent is an oilfield in the North Sea and has a very low density and is sweet. Brent crude is refined to extract high percentages of gasoline and diesel oil.

West Texas Intermediate, or WTI, is used for the crude oil produced in North America and is priced to the crude oil trading hub of Cushing, Oklahoma. It is light and sweet crude oil and is also used to benchmark the imported crude from Mexico and South America.

Being sour and medium in density, Dubai and Oman crude benchmarks are used for the crude oil produced in the Middle East and exported to Asian Markets.

Bonny light is referred to as the crude produced in Nigeria. It has an API gravity of 32.90 and is sweet crude. Many refiners purchase Bonny Light to mix with the heavier crude oil, making the entire solution lighter to feed the refinery.

It is based on the average of the 11 different crude oil grades from the participating members of the OPEC. The crude has an average API of 32.70 and sulphur content of 1.77%, making it sour.

Russia is one of the major exporters of crude oil. The API gravity of this benchmark is 320 and is sour.

Why Benchmarking is important?

The crude oil industry is highly volatile and sensitive to geopolitical conditions. We hear about crude oil price movements nearly every day and come across words like Brent or WTI more often and on other occasions, Bonny Light, or OPEC Reference Basket. The point to ponder is how a bevy of buyers and sellers reach an agreement on prices as they trade crude oil across all geographies.

The price of crude oil depends on its quality. Fossil fuels are essentially carbon atoms bonded with hydrogen atoms in different patterns. So, the question arises, how come they are priced differently?

The answer lies in the journey of millions of years when tiny organisms were buried under high pressure and subjected to a certain degree of temperature. The buried organisms gradually converted into fossil fuels. The temperature and pressure being faced by the buried material, along with time, decide whether it will turn into natural gas, crude oil reservoirs or coal. 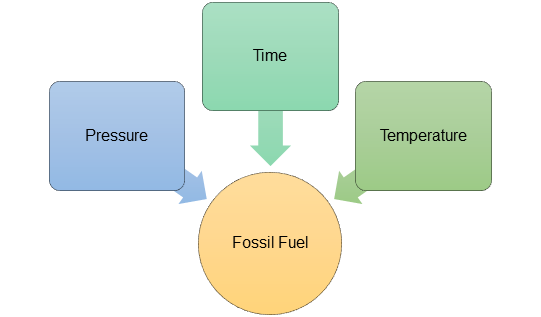 The amount of pressure exerted by the layers of overlying sediments on the remains and exposure to a specific degree of temperature over millions of years play a critical role in the nature and grade of crude oil. The remains of the organisms also contain traces of other elements which are hence present in the crude oil. Most of the oil and gas deposits are found along with water, which is produced along with the hydrocarbons. These add to the quality of crude oil and affect the prices.

Which Factors are responsible for the quality of crude oil?

The percentage of sulphur in crude oil decides if i will be categorised as “Sweet Crude” or “Sour Crude”. Sweet crude contains sulphur less than or equal to 0.5%, while crude oils with more than 0.5% of sulphur are termed as sour crude. Sulphur is a highly toxic and corrosive element, and it corrodes the equipment and pipelines through which it is passed. It is an undesirable component present in crude oil, and most of the refineries around the world try to avoid processing crude oils with higher sulphur content.

The density of crude oil is measured on an API scale. The API stands for the American Petroleum Institute. Higher the API density, lighter the crude will be. Water has an API gravity of 10.

SG is the specific gravity of crude oil

Crude oil with lower sulphur content and higher API density is preferred. Denser crude oil contains heavier hydrocarbons making it costlier to pump to the surface and also lesser yields of gasoline during the refining process.

The price of specific crude depends on the volume % of each distillate produced during the refining process along with the sulphur content.

Why Brent crude is the most popular and widely used benchmark?

The North Sea Brent Crude is a relatively low density and low sulphur content crude oil. Due to these factors, crude oil is lightweight and sweet and could be fractioned and processed easily in the refinery complex.

Brent Crude is used for pricing of nearly 75% of the total crude oils traded worldwide. It is produced in the Atlantic Ocean part of the United Kingdom, and the field lies close to the famous Ekofisk oil field of offshore Norway.

The crude oil in the region was discovered in the late 19th century, but active commercial oil exploration commenced in 1966. The initial success in the region increased the exploration activities, and first pipeline to bring the oil from the sea bed to the mainland was laid in 1975.

Shell UK Exploration and Production was the main operator of the field, and named the field on a specific bird species found in North America called Brent Goose.

Crude oil started trading as a commodity on the futures market after the oil crisis of 1970. Brent is traded on NYMEX of the U.S.A and Intercontinental Exchange (ICE) of Europe. The future contracts of the Brent are traded in U.S dollar on both the exchanges.

Options trading linked to the Brent Crude are also active on the exchanges.

What is the composition of the Brent Crude?

Sulphur is a highly corrosive and undesirable component of the crude oil. If not handled properly, they corrode the pipes and fittings of the refinery equipment and machinery through which crude oils are sent for processing.

Brent Crude has an average sulphur content of 0.37% and is considered sweet crude. The average density of the Brent Crude is 38 (API gravity).

Comparing with another important crude oil benchmarks, WTI has a sulphur content 0.24% and API gravity of 39.8.

What is WTI and its significance?

West Texas Intermediate or famously known as WTI is a specific grade of crude oil produced in onshore fields of Texas, U.S.A. As explained in the previous section, it is sweet crude with very low sulphur content.

WTI is traded as futures contracts at NYMEX and is the main oil benchmark for North America. Cushing in Oklahoma is the delivery point for physical exchange of the crude oil and price settlement. Cushing is a storage hub and was the natural choice to become the delivery point of contracts. Cushing is also a central gathering point of pipelines originating from Texas and Oklahoma before moving towards refining centres.

WTI has lower density and sulphur content than the Brent crude, still Brent crude is priced higher than the WTI. In normal circumstances, WTI should be sold on premium but in real world scenario, premium goes to Brent. The relative pricing of the two benchmarks depends on the demand and supply of the particular crude oil in their respective market segments.

What are the other factors responsible for crude oil prices?

The benchmarks are not the only thing that decide the price of crude oils. Demand and supply are always at the centre of the pricing mechanism of the crude oil. During the peak of the COVID-19 pandemic, the future price of the WTI went to negative. The crude oil prices in the physical market crashed as demand dwindled.

Amid high supply and low demand, oil prices witnessed a steep decline. Several producers ran out of storages for crude oil and had to shutter the wells.

The Crude oil market is very volatile, and price effect could be seen with slightest of incidents happening in the Middle East region. Middle Eastern countries are the major producers of crude oil and control the bigger market share. So, any political instability or negative news could trigger the prices overnight.