What is a corporate bond?

A corporate bond is a debt funding instrument issued by companies. It is traded in secondary bond markets and is issued extensively by large capital intensive businesses. The companies usually use the capital raised by issuing bonds for investing in research and development, buying new equipment, paying shareholders dividends, refinancing debt, and funding mergers and acquisitions.

Corporate bonds have specified tenure, and the borrower or issuer repays the principal amount at maturity. Also, investors are paid interest per annum on the principal. The interest rate on the bonds depends on various factors, including credit rating, market interest rates, inflation. Investors can also diversify by investing in various types of bonds.

Financial instruments like bonds are centuries old, and the first bond-like instrument was issued by Venice to fund wars.

Nations have extensively used bond financing to fund wars and run Governments. In the early 20th century, bonds issued by large businesses like utilities, railways were trading on the New York Stock Exchange. High-quality bonds were listed in markets and traded by private investors and institutions.

Since bonds trades were usually large, they were distributed in OTC market (over the counter). Exchanges also provide exposure to bonds through bond ETFs, exchange-traded bonds.

In the Great Depression of the 1930s, bond investors were selectively abashed as good quality bond yields fell or price rose, while yields rose for bonds having inferior quality and less creditworthiness. During the crisis, many bond issuers defaulted on debt, yields rose/price fell steeply, or bonds were retired or called by the issuers.

Those were gloomy days for corporate bonds and private investors/retail investors, who had loaded up their portfolio with investing in bonds that were mostly either defaulted or suffered a decline in price. But large institutions were racking up bonds at depressed prices from the sellers. Eventually, the trading in bonds majorly transitioned to OTC market.

An institutional investor intending to take a large position in an issue had two options: buy slowly over weeks through exchange or call a dealer to book a batch.

Perhaps the latter was more convincing to large investors since regularly buying over a period will eventually push prices up, which means a loss of some basis points; every basis point counts in bond trading.

During the 1930s, high-grade corporate bonds were mostly traded by institutional investors in large lots, which was inaccessible for retail investors. However, there was enough liquidity sovereign in the bond market.

After decades of underperformance by equity, the bulls were back in equities, and these were times when present-day legends like Warren Buffet rose to fame. Most of the money was flowing into equities, while bonds had attractive interest rates. Retail investors then returned to corporate bond markets as yields were attractive and offering a safe return on capital, unlike equities.

What is credit rating of corporate bonds?

Credit Rating Agencies (CRAs) provide an opinion on the creditworthiness of an issuer. They can also assign a different rating on various bonds issued by a firm, depending on the seniority of the bond, evaluation of the company risk taking capability etc. 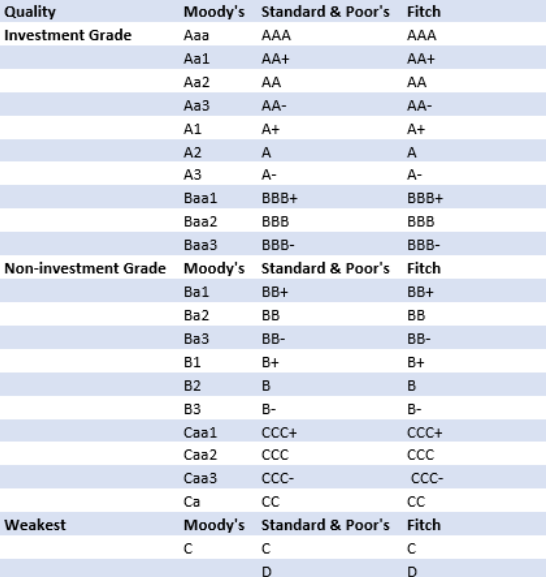 Large sections of the investor base prefer Investment-grade bonds because of their credibility and lower probability of default. Non-investment grade bonds are relatively more vulnerable to default risks, and there can be numerous reasons for this - such as industry outlook, cash flow visibility of the firm, existing debt and so on.

Corporate bond, whether investment or non-investment grade, offer higher interest rate than the Government bonds, which are perceived risk-free investments because sovereign nations are the issuers.

What are the risks associated with corporate bonds?

Corporate bonds also have inherent risk like any other investment. In addition to general risks on bonds, corporate bonds are also vulnerable to individual company-specific risks such as deteriorating industry position and cash flows.

Credit risk: It is also called Default risk. It’s the risk where an issuer can fail to meet obligations like interest payments or principal repayment, therefore defaulting on the bond. CRAs assess the ability of an issuer to repay interest and principal. Should the outlook deteriorate, the revised credit rating can be assigned by CRAs.

Corporate bonds and issuers can be required to maintain covenants as a part of the debt agreement. Covenants on bonds require the issuer to maintain a certain level of financial performance and may bar from raising further debt.

Liquidity risk: Liquidity is the ability of an owner to dispose of the ownership of an investment to realise cash. Since bonds are traded in lots and large sums, investors often find bonds very hard to dispose of, especially bonds that are not traded frequently.

As a result, investors might receive less consideration than the fair value of the bond because selective buyers can negotiate prices effectively in the absence of large-scale demand for the bond. At the same time, bonds that are traded in OTC markets would not provide a similar level of transparency like in a stock exchange.

BARC, NWG: 2 banking stocks you should check out