What is a Buy Stop Order?

A buy stop order is a risk management measure used by traders to limit losses. It is an order to buy security as soon as it hits a specific price above the current market price. It is typically used to limit losses from an uncovered short position if the security prices start moving in the opposite direction. As soon as the security price hits the specified limit, the buy stop order becomes a market order or limit order and gets executed at the best price available soon after. The order can apply to any security, be it equities, forex market, derivatives or any other tradable securities. The buy stop order can be used for various reasons, with the underlying belief that a stock's price will continue to soar after it reaches a given level.

How is Buy Stop Order used in a bearish market?

Traders in securities markets usually make profits by making trades in anticipation of a directional movement in the prices. For example, if an investor expects prices to decline, he will place a bet by going short in the security. A trader sells the shares in a short position even without owning them or borrowing shares at a nominal cost. The expectation is that when the share prices decline, as anticipated, the investor will buy the shares at the lower price and close the short position, thereby making a profit from the difference. A trader usually uses a buy stop order to limit the losses or protect the profits in such a transaction. In such a scenario, the trader places a buy stop order above the current market price. 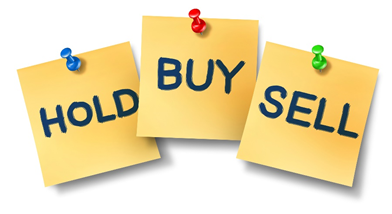 The target price could be lower or higher than the price at which the short position was opened. In the latter case, the trader is looking to restrict losses in the position by the prices moving above the level at which the trade was entered. On the other hand, security would have moved in the favourable direction as anticipated by the trader in certain cases.

As a result, the trader might be sitting in a profitable position and might want to protect the profits. In such a case, the trader might buy a buy stop order at a price lower than the original short position. Often, the price for setting a buy stop order is determined based on resistance levels indicated by technical analysis. In technical analysis, resistance level is a price that could further fuel the upward movement of a security price if breached. In the context of closing a short position, a buy stop is commonly known as a stop-loss order.

Example of a buy stop order in a short position-

Assume that a trader anticipates the share price of Company A to decline well below its current price of US$10. To profit from the anticipated share price decline, the trader enters into a large short position in the stock at the current market price. However, if the price starts moving upward against expectations, the trader could make significant losses. To minimise the loss, the trader also enters into a buy stop order at US$12. So if the stock price of Company A starts increasing and hits US$12, the buy stop order will get triggered at the best price available thereafter, in effect closing out the trader from his short position. In effect, the trader will incur a loss of US$2 for each share in the transaction.

How is Buy Stop Order used in a bullish market?

Typically, over short periods, prices of securities move within a band. The lower band is known as the support level. On the other hand, the upper band is known as a resistance level, as described above. Strong momentum is usually required to breach either of these levels and hence, if breached, the security is expected to continue that momentum, at least for a brief period further. So, for instance, if security breaches a resistance level, given the strong momentum, it is anticipated that the security price will continue its upward streak for some time, even after the breach. Trader uses a buy stop order to benefit from such instances. A trader will place a buy stop order at a price just above the resistance levels in such a scenario. As soon as the resistance level is hit, the buy stop order will get executed, entering the trader into a long position.

Example of a Buy Stop Order in a bullish market-

Let's take the example of Company B, whose shares have been range-bound over the last one week, staying between its support level of USD8 and resistance level of US$10. Technical analysis has shown that these two levels seem to be holding pretty well. A bullish trader on the shares can bet on the stock's potential upside if it breaches the resistance level. However, for the trader to profit to enter into the trade, the resistance level of US$10 has to be breached. Often, when strong resistance or support levels are breached, the stock moves with high momentum and hence, entering into a trade at the best price manually might not be easy.

RHDM IPO cancelled or can you buy Rhodium Enterprises stock?