Creating a portfolio that can create wealth is no mean task. The pandemic may have cost people their jobs and wage hikes, but it could not keep the global stock market from scaling new peaks.

The S&P/TSX Composite Index, the benchmark of the Canadian market, hit 20000-mark in June this year. The rally in Canadian stocks was not an isolated event. Markets in the US, Australia and nearly all emerging economies have gained amid the pandemic-induced macroeconomic odds.

Major events shape markets in their own ways. While China’s Evergrande episode may have caused the Toronto Stock Exchange (TSX) to face its worst day in months on Monday, the snap election can bring a breather. 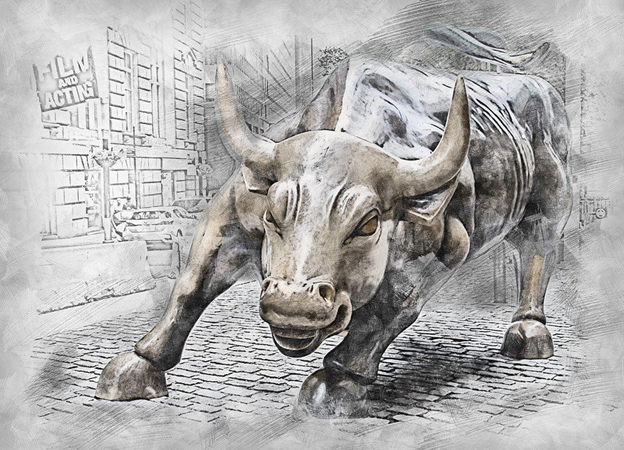 The Elections Canada website points to a big lead for the Trudeau-led Liberal Party. The Conservatives, led by Erin O’Toole, are a distant second, albeit their vote share is more than Liberals.

Liberals, however, are far from what they sought – majority in the House of Commons. Prime Minister Justin Trudeau called the snap election to gain majority and pass legislations that the Liberal Party thinks can improve the socio-economic landscape of Canada. But even a minority government can bring many changes, and it is these changes that can impact stocks listed on the TSX.

Your portfolio must consider Liberals’ platform

Liberals have focused on continued financial support to the ailing economy. By reading between the lines, it can be easier to understand which stocks are likely to outperform in the near-to-medium term.

First, the platform included a new revenue source – 3 per cent tax on profits of banks. The S&P/TSX Composite Index Banks (Industry Group) is made up of bank constituents of the benchmark index.

The TSX Composite Index Banks (Industry Group) has given nearly 37 per cent return over past one year. The year-to-date (YTD) return is nearly 20 per cent. Both the Bank Index and the parent Composite Index have seen subdued performance over past one quarter. This can be attributed to a range of factors, which include the recent resurgence of the Delta variant and the weaker-than-expected economic growth.

The most interesting aspect of the snap election was bipartisan support to fight against climate change. On the Liberal platform, the mention of phase out of fossil fuel subsidies by 2023, instead of earlier deadline of 2025, can become a cause of concern for related industries. Oil companies may now need to comply with benchmarks to limit emissions.

The S&P/TSX Equal Weight Oil & Gas Index tracks a portfolio of companies in oil and gas sector. This index has returned a whopping 48 per cent over past one year. The YTD return of the index is nearly 32 per cent. 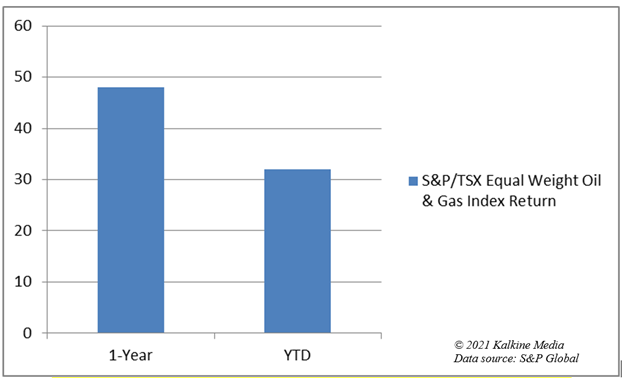 In light of Liberals’ inclination toward clean energy, let’s look at the returns of the S&P/TSX Renewable Energy and Clean Technology Index. It tracks green and sustainable stocks and has returned almost 14.5 percent over past one year. The return is modest as compared with the oil and gas index but the new government’s focus on green energy is likely to be a booster. The index has produced negative returns on YTD basis, which means the stocks may be available at cheaper prices.

The Liberal Party’s win can be marred by criticism over more or less the same composition of the House as it was after the 2019 general election. Despite a month of election campaigning, billions of dollars on conducting the earlier-than-scheduled election, there seems no clear majority for any party.

The new Trudeau-led government is likely to focus on stimulus program to avoid any blame. The support extended to families and businesses by the government has supported the economy amid the slump. These subsidy measures created demand, and the growth of the Canadian stock market owes in part to this.

If retail investors of the TSX continue to receive the same kind of financial support from the government, the market can continue to grow in similar fashion. The Evergrande episode is likely an isolated event, which may not have a long-term impact on Canadian stocks.

Liberals are set to form the new government. The party’s preferences and pledges in the run to the snap election are enough to create a rewarding stock portfolio. The Monday market fall was a one-off event. In the medium-to-long term, policy measures of the new government will shape the performance of listed Canadian stocks.