Natural gas has been noting a drastic mismatch in terms of demand and supply in the wake of the COVID-19 pandemic. This disruption has given way to a steep rise in price.

Reports show that natural gas prices in Europe hit a record in the week ending August 13, while liquid fuel supply in Asia neared an all-time high.

As experts discuss the chances of these high prices being permanent, let us look into some Canadian oil and gas stocks that are priced under C$ 50.

Stocks of Suncor Energy, one of the top oil and gas companies in Canada, ended at a price of C$ 22.4 apiece on Thursday, August 12.

At this price, the oil and gas stock had climbed by about 36 per cent in the last nine months and nearly six per cent for the past year.

Suncor is set to pay its next set of quarterly dividends of C$ 0.21 apiece on September 24 this year.

On the financial front, the energy company raised funds of C$ 2.36 billion from operations in the second quarter of fiscal 2021, up from C$ 488 million in Q2 FY20.

Suncor Energy posted earnings per share (EPS) of 1 and a price-to-earnings (P/E) ratio of 24.7. 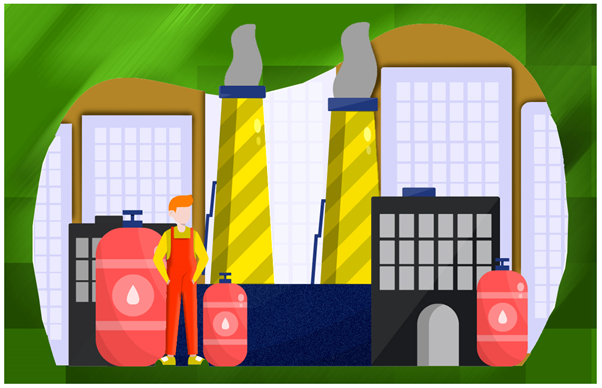 At this price, the oil stock was up by nearly 51 per cent on a one-year basis.

Imperial Oil is set to pay quarterly dividends of C$ 0.27 apiece on October 1 this year. Its five-year dividend growth rate stood at 10.68 per cent.

Its upstream production in the quarter totaled to an average of 401,000 gross boe/d.

Also read: Here’s a list of all oil and gas companies on TSX

Pembina Pipeline, known for its extensive pipeline network spread across North America, saw its stocks close at C$ 40.49 apiece on August 12. On this day, it held a market cap of C$ 22 billion and about 550 million outstanding shares.

The Canada-based energy distributor is scheduled to pay monthly dividends of C$ 0.21 apiece on September 15. Its dividend holds a five-year growth rate of 6.38 per cent.

Enbridge, also among the top energy distribution companies in the country, noted a stock price C$ 49.07 apiece on August 12, where it was up by 29 per cent in the last nine months and by about nine per cent on a one-year basis.

On September 1, its shareholders are set to be paid a quarterly dividend of C$ 0.835 apiece, which grew by 9.96 in the last five years.

The oil and gas producing company saw its stock price settle at C$ 41.64 apiece on August 12, rising about 36 per cent on a year-to-date basis.

Canadian Natural Resources has announced a quarterly dividend of C$ 0.47 apiece, set to be paid on October 5.

Amid the mismatch demand and supply curve of oil and natural gas around the world, prices are expected to fluctuate. As to when this issue will reach a stability can only be seen with time.