Currently, the company is involved in the commercialisation of this patented technology developed by Prof. David Liley, co-founder of Cortical Dynamics.

This unique system works on the principle of using superior algorithms to current monitors for the analysis of a patients’ brain’s electrical activity (brain waves) recorded via electroencephalogram (EEG). 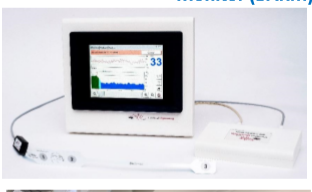 A number of EEG based monitors are currently available in the market; however, these devices come with many well-documented limitations such as incompetent monitoring of analgesic effects, inability to measure a range of hypnotic agents, and incapability to measure the patient’s awareness in completely paralysed state when muscle relaxants are used, which is the case in 50% of all operations.

Michael Porter, the management guru, has given an excellent framework for analysing the competitive nature of a company in terms of gaining a market share against existing players by differentiating the business against potential threats or by bringing in a superior substitute product at a lesser cost. So, the question arises;

Main Advantages of BARM System are:

Unique Fundamental Algorithm based approach to analyse the EEG of a specific patient in contrast to statistical approaches used by Cortical’s main competitors BIS from Medtronic and E-Entropy from GE. 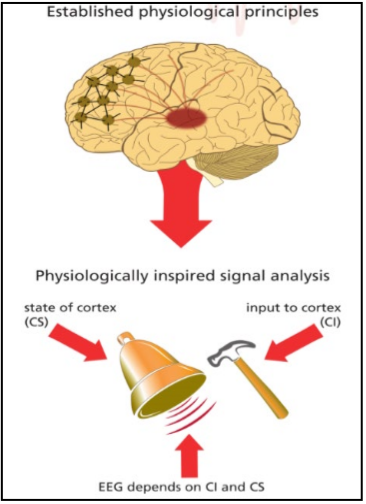 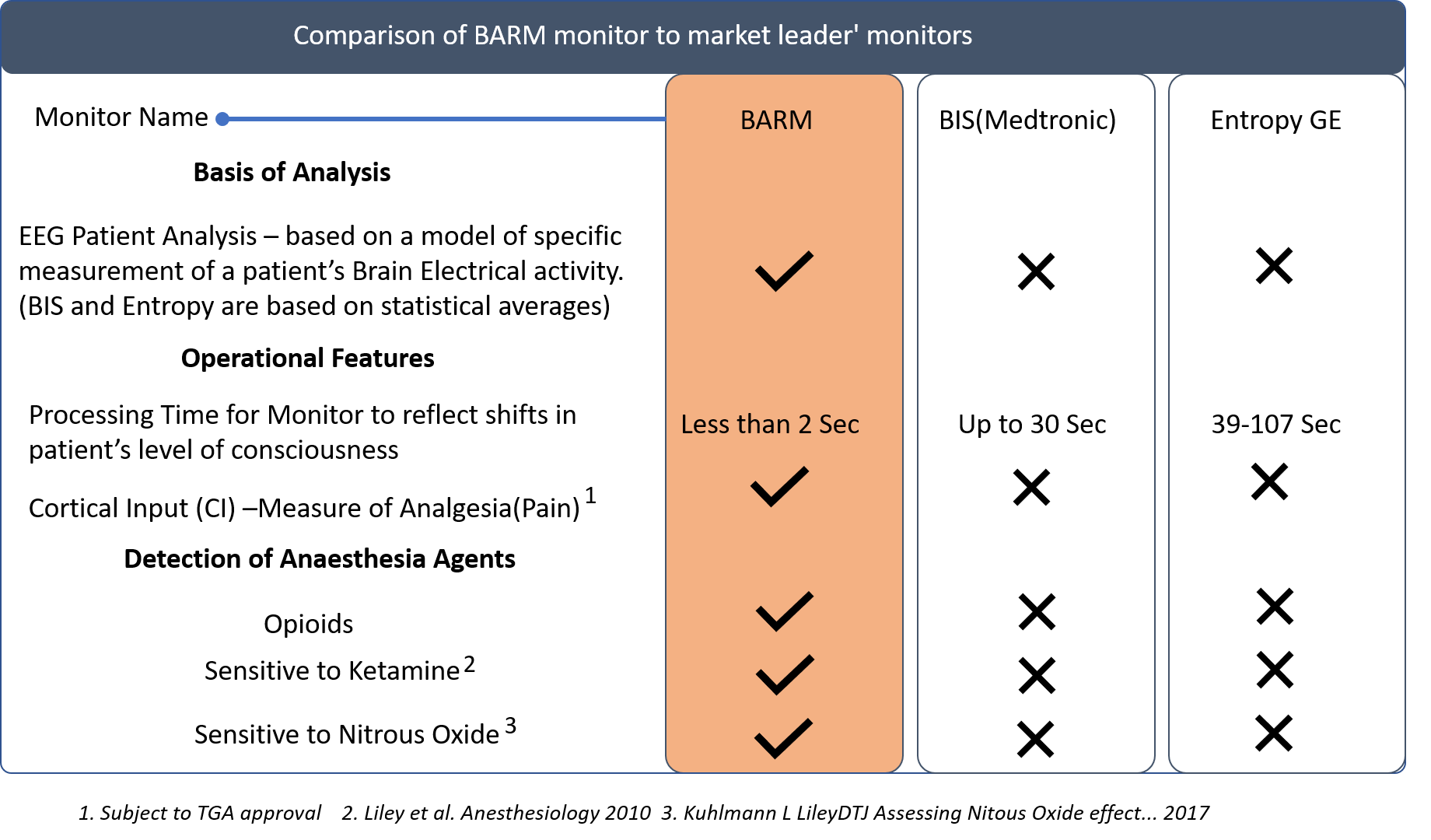 Furthermore, several applications of BARM have been identified based on current EGG applications to date. These include: 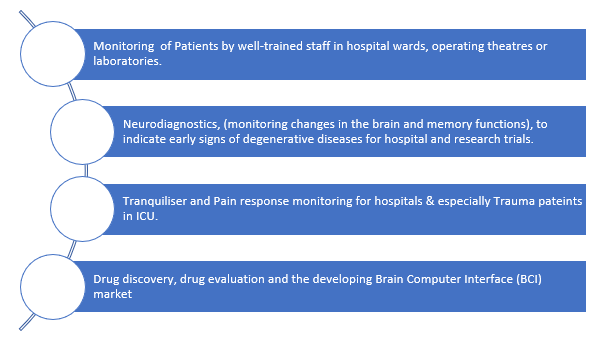 Cortical Dynamics’ Directors strongly believe that the innovative BARM system has great potential to offer many benefits since it provides an objective, precise, reliable and non-invasive means to measure brain’s conscious state and analgesia of an anaesthetised patient during surgery. 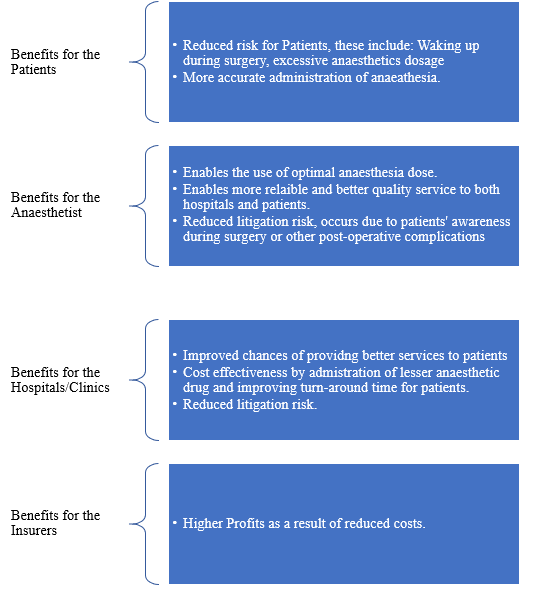 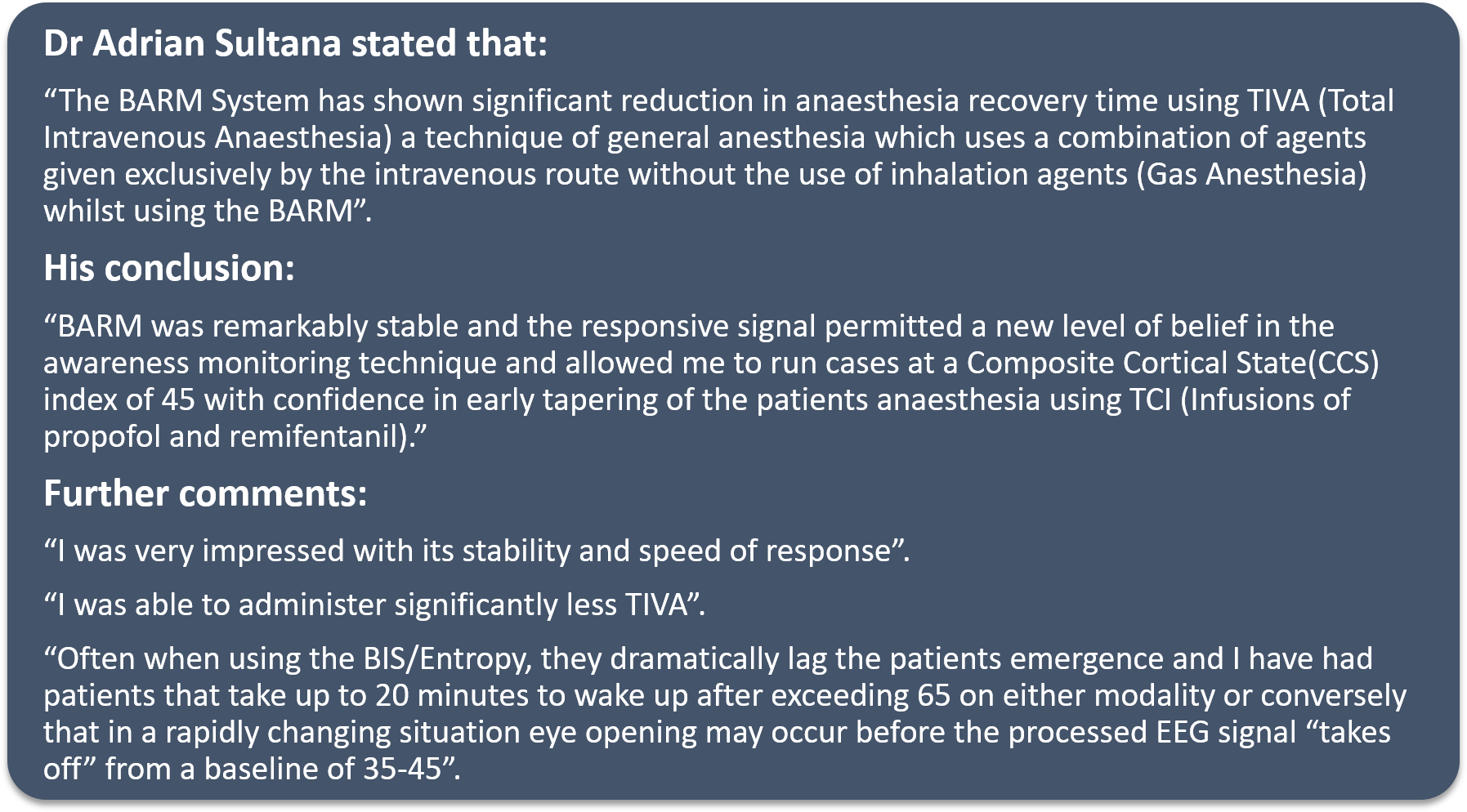 CLICK HERE FOR YOUR FREE REPORT!
Tags:
Healthcare Technology News Medical Device
All pictures are copyright to their respective owner(s).Kalkinemedia.com does not claim ownership of any of the pictures displayed on this website unless stated otherwise. Some of the images used on this website are taken from the web and are believed to be in public domain. We have used reasonable efforts to accredit the source (public domain/CC0 status) to where it was found and indicated it below the image.