The company undertook an initial assessment of the area to ascertain the lithium potential, along with a systematic screening of its wholly owned Split Rocks project landholdings in the Forrestania greenstone belt. The Dulcie Heap Leach Gold area along with the Forrestania greenstone belt hosts SQM-Kidmanâs Mt Holland/Earl Grey lithium deposit (SQM is a Chilean lithium miner), which hosts 189 million tonnes @ 1.5% of lithium oxide. 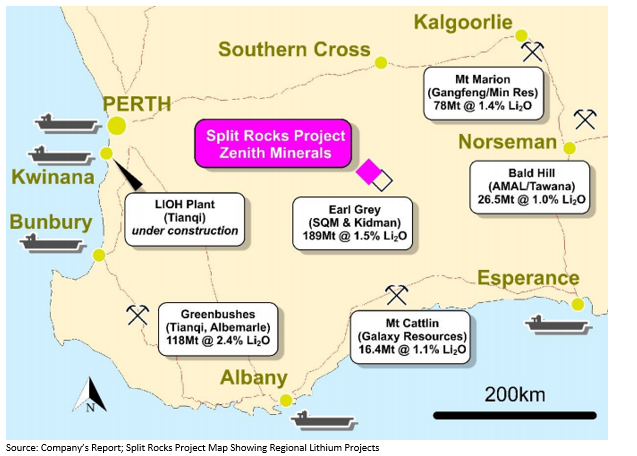 Zenith had executed an agreement previously (as announced on 21 March 2019), which provides it with an exclusive right to explore for bedrock gold (any gold 6m below the surface) and lithium mineralisation beneath the gold-rich area, which is currently mined and treated on leases located contiguous with the companyâs Spilt Rocks licences.

As per the company, apart from the high-grade gold targets, several historic exploration drill holes had been identified as pegmatite bodies, that went untested for lithium.

The proposed drill program by the company will test both pegmatite bodies and lithium anomalies along with the bedrock gold targets. 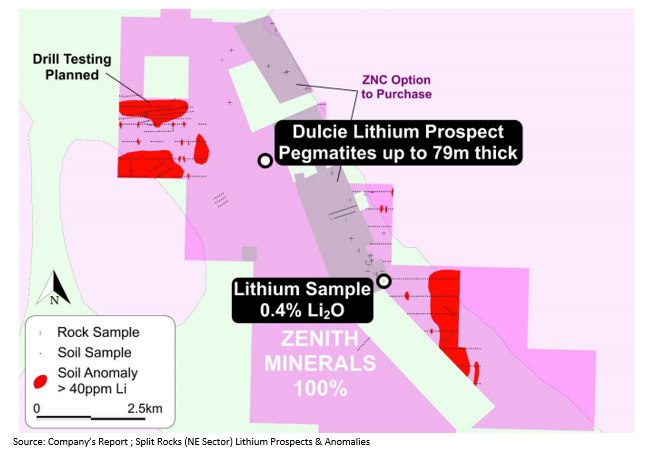 The company collected 40 samples of selected intervals of historic RAB, Aircore, RC, as well as surface rock sampling for the initial reconnaissance of the surface. Zenith mentioned that it had identified a surface rock sample from a small exposure of pegmatite, and the lithium target is spodumene bearing lithium pegmatite. The lithium anomalous sample contains abundant mica and not necessarily indicative of spodumene bearing pegmatite at the surface.

The company took a lower cut-off of 0.1% lithium oxide for the reporting of the anomalous samples.

Zenith highlighted that the moderate west dipping Banded Iron Formation units hosts high-grade gold mineralisation. The significant results from the companyâs lease of the operations include:

Also, the company holds a 2-year option to explore for bedrock gold and lithium mineralisation on tenements covering DHLGO in exchange for surface laterite gold rights on the companyâs adjoining EL-E77/2388.