Gold, accounting for approx. three parts per billion of the outer layer of the earth, is considered a safe haven asset, backed by its dual character of a commodity and a monetary asset. Australia is one of the leading gold producers in the globe, with Western Australia holding nearly two-thirds of the countryâs gold resources. 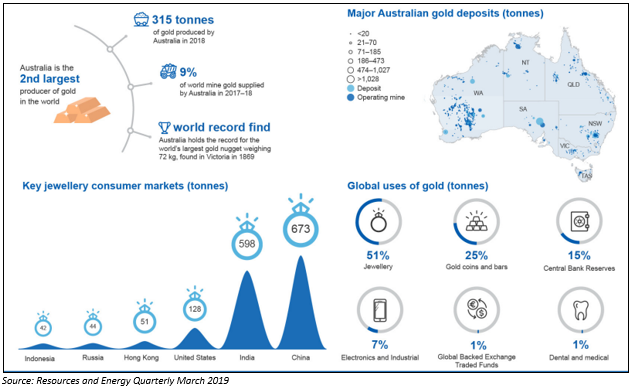 By value, gold is the fifth largest resource exported by Australia. The value of gold exports from the country is projected to reach to a peak level of ~ $22 billion in 2019-20, according to Resources and Energy Quarterly March 2019 report by the Australian Department of Industry, Innovation and Science. Higher prices and export volumes would drive this value.

With this backdrop, letâs zoom lens on ASX listed company, Alice Queen Limited (ASX: AQX), which is an advanced gold explorer, focused on gold exploration and mining opportunities across its domestic market. 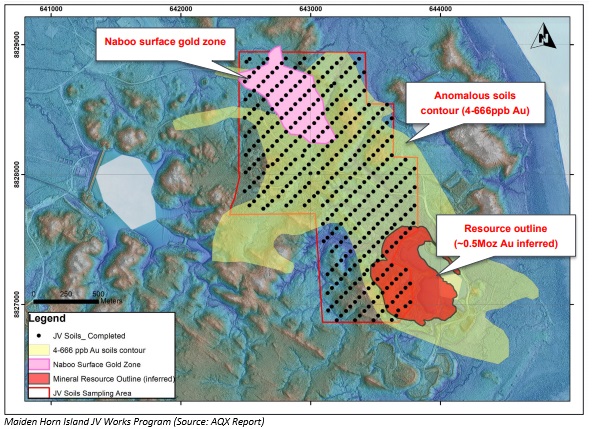 Moreover, the project has an infrastructure advantage, as it is well serviced with an airport, ferry terminal and port, water supply and 4G telecommunications.

The other key project of the company is located in New South Wales, namely Mendooran, which is among the tenements held by AQX on the Molong Volcanic Arc. These tenements are EL8469 (Mendooran); EL8563 (Mendooran North); EL8565 (Mendooran South) and EL8646 (Yarindury), selected for their prospectivity for significant scale porphyry copper/gold deposits and located along strike, of the giant Cadia-Ridgeway mine (50m ounces of gold + 9m tonnes copper).

Yarindury is another highly prospective Cu/Au porphyry project, for which Alice Queen recently announced enhanced prospectivity, following the discovery of significant porphyry Au-Cu mineralisation at the Boda project of Alkane Resources. More on the company announcement can be READ HERE.

Alice Queen has an attractive project portfolio â its flagship project is progressing well with the commencement of a maiden joint venture works program, while preparations for a drilling program at another major project â Yarindury are underway. Moreover, the company achieved some significant milestones over the past financial year (FY19), progressing well towards its target of capitalising on this strong sector now and in the years to come.

More on the companyâs activities during the last quarter can be READ Here.