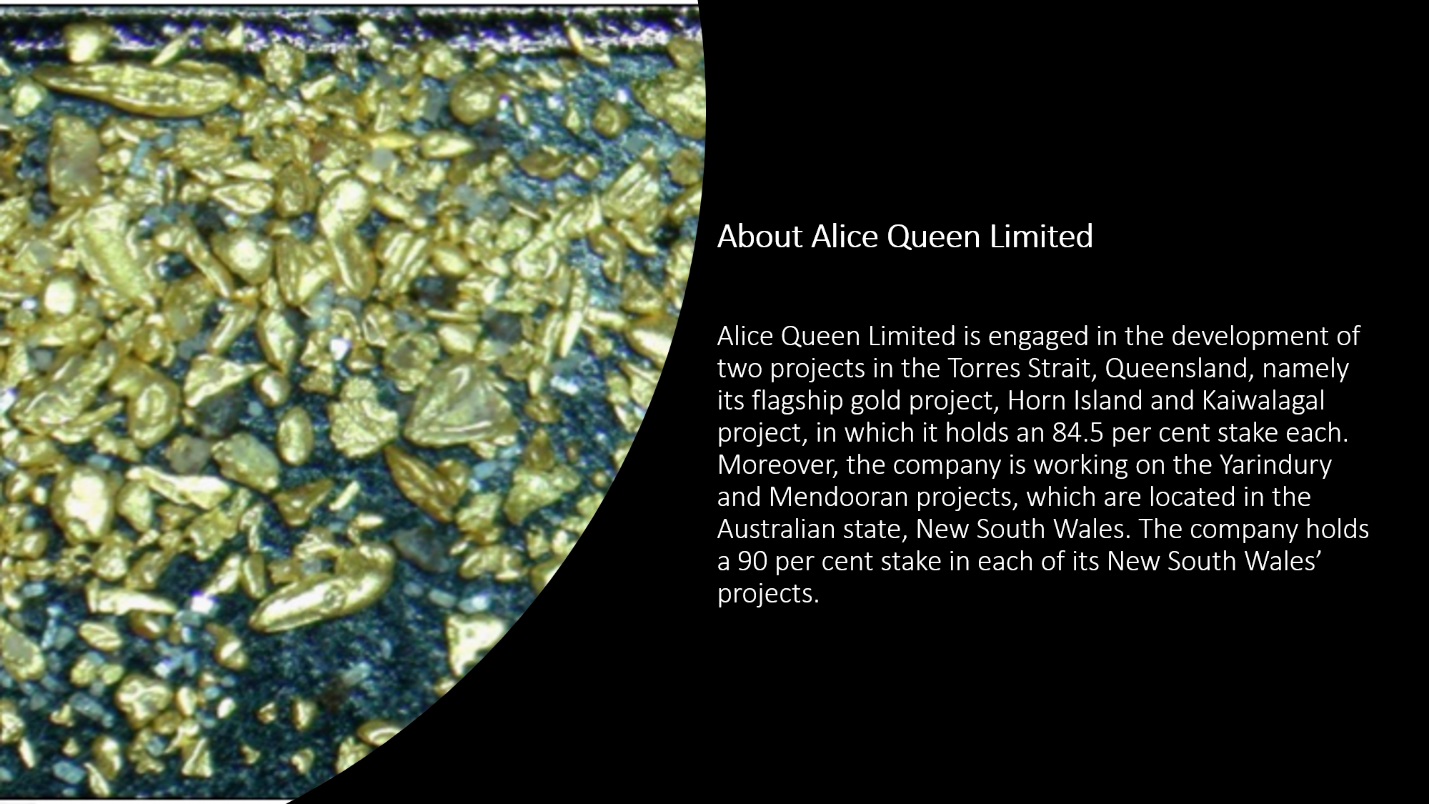 During the September quarter, the company, as part of the JV, started a maiden works program at the project. A soils infill program was carried out, aimed towards collating additional data for further metal zonation studies.

Results from the soil sampling program, in addition to induced polarisation or IP survey, which is the second planned works program, will deliver the work that the partners need to generate potential exploration drill targets (IRGS). 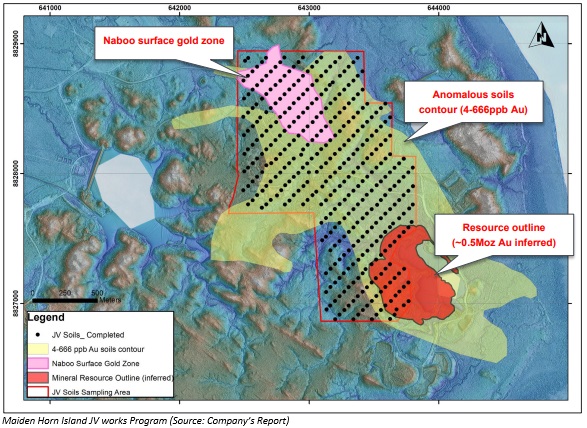 Alice Queen, in the month of August 2019, announced that it is preparing for performing drilling activities at highly prospective copper/gold porphyry targets at its New South Wales (NSW) project, Yarindury.

During the quarter, the company unveiled enhanced prospectivity of Yarindury, after Alkane Resources announced to have discovered significant porphyry Au-Cu mineralisation at its Boda project. Alkane Resourcesâ discovery hole, KSDD003 (502 metres at 0.48 gram per tonne gold and 0.20% copper from 211 metres), lies within 700 metres of the boundary of Alice Queenâs Yarindury project.

Under its maiden drill program at Yarindury, the company plans to test some of the magnetic highs, which are under younger cover and never been drilled.

More on this company update can be read here. 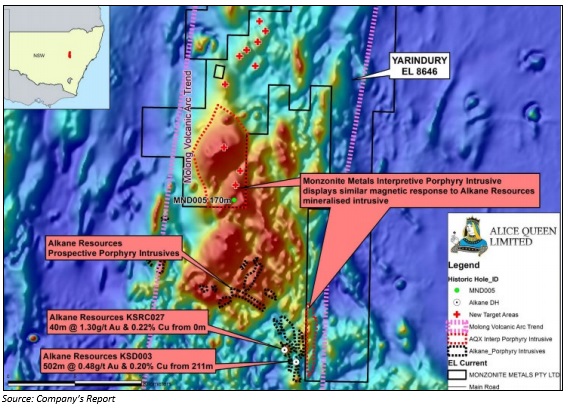 During the September quarter, the company secured $2.4 million through three capital raising activities from institutional and sophisticated investors.

The market cap of Alice Queen Limited stands at ~AUD 31.92 million, while the number of outstanding shares is 798.04 million. On 4 November 2019, the AQX stock closed the dayâs trading at AUD 0.037. Over the last three months and six months, AQX has delivered an outstanding return of 263.64 per cent and 150 per cent, respectively, while on a year to date basis, the stock has delivered a 122.22 per cent return.