Alice Queen Limited (ASX: AQX) is an advanced gold explorer, based in South Yarra, Australia and listed on the Australian Stock Exchange in September 2004. The company, backed by an experienced team of mining executives and a broad investor base, is focused on several exploration and mining opportunities in its domestic market, with major projects located in the Australian states of Queensland and New South Wales.

To further aid its diversified project portfolio, which includes Horn Island and Kaiwalagal in Queensland and Mendooran and Yarindury in New South Wales, the company recently entered a binding agreement with Datt Capital for a share placement. 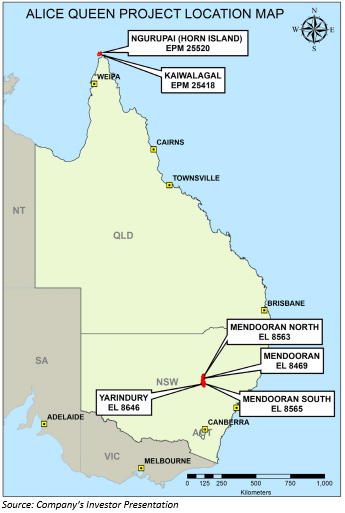 As per the company announcement on 23 September 2019, AQX is issuing 50 million ordinary shares at 3 cents per share as part of the placement to raise AUD 1.5 million from Datt Capital, which is a well-regarded and respected investor in the resources sector.

Though several entities had expressed their interest in injecting funds into AQX, the company determined the substantial investment from Datt Capital as the best available fundraising alternative. The share placement was made available at a premium to the market price, including

Melbourne-based and Australian-licensed, Datt Capital is a long-only fund manager that was established in the year 2007. With this share placement, Datt Capital would have an approximate shareholding of 6 per cent in Alice Queen, thereby becoming the third largest shareholder of the company. The other two largest shareholders of AQX are Managing Director, Mr Andrew Buxton and the Morris Family.

As the agreement was signed, Datt Capital Managing Director, Mr Emanuel Ajay Datt, highlighted several factors, owing to which the investor decided to inject funds into AQX, including

Welcoming the new shareholder, Alice Queen Managing Director, Mr Andrew Buxton, stated that the placement completion at a significant premium to the companyâs recent trading, as it recognises that AQX holds a portfolio of assets that is not just exciting, but also offers upside potential for all its shareholders.

The proceeds from the placement would be directed towards the companyâs upcoming drilling activities in New South Wales. Additionally, Alice Queen would use the funds raised to meet its working capital requirements.

In New South Wales, the company has two projects - Mendooran and Yarindury. In the Mendooran project, AQX holds a 90 per cent stake and has finished access arrangements to highest priority target areas for exploration drilling activities. Additionally, for the project, the company is planning to start a global search for a joint venture partner and perform drill testing. AQX has identified and generated 15 porphyry copper/gold targets for the drill testing program.

Holding a 90 per cent stake in the Yarindury project along trend from the Cadia Valley, AQX is planning to start drilling existing porphyry copper-gold targets at the project. In the month of August 2019, the company received investorsâ commitments for AUD 516,000 to fund initial drilling program at the project, in addition to other working capital requirements. 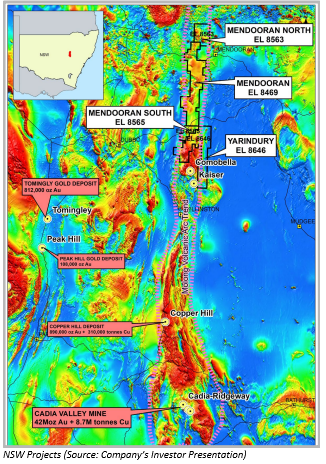 As AQX has plans for both its projects in New South Wales, the recent funding would aid the company in progressing ahead with the plans.