Marindi Metals Limited (ASX: MZN) is a company from the metals and mining sector and concentrates on gold exploration in Western Australia. The company was established in mid-2015 after the merger of Brumby Resources Limited and Marindi Metals Pty Ltd. 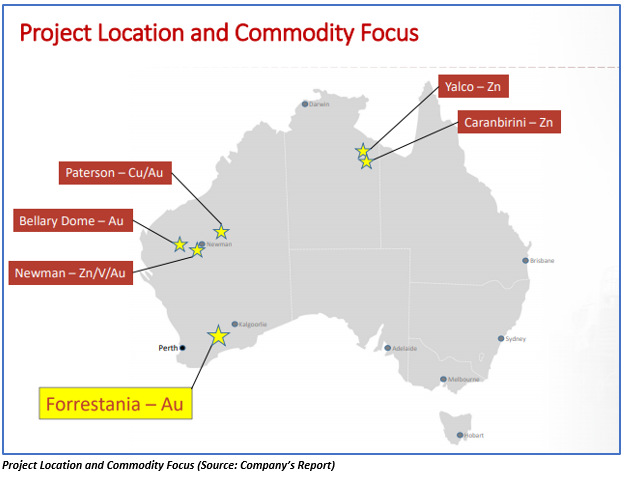 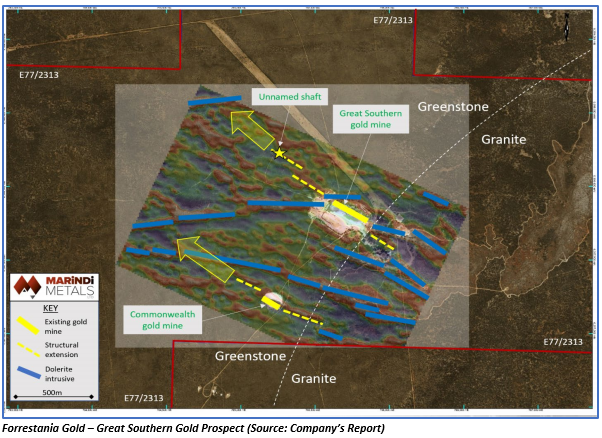 On 29 May 2019, Marindi Metals Limited (ASX: MZN), announced that it had identified significant new lithium and gold targets on Mining Lease M77/149, part of its wholly owned Forrestania Gold-Lithium Project in Western Australia, during the initial stages of the recently started technical review lithium potential in the region.

The decision to re-assess the lithium prospects of the region was caused by 2 major factors:

The company recently started the technical review of recent drilling, historical mapping undertaken by previous explorers and historical nickel-focused drilling on M77/549. The initial results from this review along with the observations of the nearby Bounty and Earl Grey LCT-pegmatites suggested that the specialized pegmatites, in the area exist in two apparent modes known as north-south (NW-SE-striking) narrow âveinsâ which was linking to the east-west accumulation zones.

The accumulations are often sheeted and range from several 10âs of metres to hundreds of metres in thickness and are generally sub-horizontal or gently dipping to the north or south. Till now, all the drilling done by the company has targeted outcropping N-S âveinsâ. It denotes that the numerous regions of broader, more understated E-W anomalism continue to be untested.

An example of E-W accumulation on Marindi ground which remains untested down-dip is the Gem pegmatite mine itself. Apart from this, there was quite a few broad E-W âquartz blowsâ near to the Gem mine that was not trailed and may signify eroded gathering regions at the surface level.

Other than LCT-pegmatite potential across M77/549, the recent diamond drilling which came across high-grade gold on the contact of a mineralized porphyry to the east of the tenement boundary, which was the reason for strategic acquisition of this tenement for Marindi. The diamond drill hole returned 74g/t of gold by drilling 1.43 metres. The Subsequent examination of the last few metres of core showed visible gold in the zone of concentrated quartz veining amid the mafic sediments and the porphyry unit.

The hole was re-entered shortly, and another drilling of 24 metres was done which again ended in the porphyry unit.

Recently, the company on 9 May 2019, further issued 35,000,000 fully paid ordinary shares at $0.0036. The funds raised through the Placement would help the company to progress the next phase of exploration activity at the Forrestania Gold Project and also to carry out work across other significant Australian mineral projects of the company.

The shares of MZN were trading flat at A$0.003 without any further changes (as on 31 May 2019, 3:00 PM AEST). MZN holds a market capitalization of A$6.4 million and approximately 2.13 billion outstanding shares.