After encountering a major setback in Malaysia, Lynas Corporation Limited (ASX: LYC) is back in action with the status of Lead Agency for its Kalgoorlie plant in Western Australia.

The Premier of Western Australia and Minister for State Development, Jobs and Trade, the Hon Mark McGowan advised that the rare earth processing plant of Lynas Corporation in Kalgoorlie has been awarded Lead Agency status, the framework of which offers a single point of entry and assigns one department to assist in securing all the regulatory approvals.

The Kalgoorlie-based cracking and leaching plant is expected to be operational in early 2023 and would take processing material (rare earth stockpiles) from Mt Weld Mine, which is also operated by Lynas in Western Australia’s Goldfields region.

Now that, the cracking and leaching plant has secured the Lead Agency status, it is anticipated to create about 500 jobs at the time of peak construction, which would further increase the workforce of the company in the Goldfields region to over 200 people.

Lynas intends to hire the local, residential workforce for the Kalgoorlie plant and would further continue its relationship with Curtin University and the Western Australia School of Mines in Kalgoorlie.

The status of Legal Agency is aligned with the Government’s Critical Minerals Strategy, to support the rare earth metals production outside China.

The United States holds very little to almost no resources of rare earth metals, which was the main reason behind Washington’s agreement with Australia, as Australia and its rare earth metals miners are the best viable option to counter China’s ample supply.

Lynas is already facing headwinds over the waste of its Kuantan Plant in Malaysia, which led the company to surge on the radar of environmental activist in Malaysia.

While the company caught the eye of ESG analysts over the plant waste issue, the Malaysian processing plant faced another setback, when the company remained unsuccessful in obtaining regulatory approval for increasing the production limit of lanthanide concentrate for the calendar year 2019 (CY2019).

The Malaysia regulatory agency has given a list of additional reports and management plans to the company required by the agency to reassess the application. Lynas intends to again apply for the processing limit, which resets on 1 January each year, for the calendar year 2020.

The index incorporates most liquid companies from the segment and considers the source of revenue of a company for inclusion in the index.

A strategic metal could be defined as any metal, which might be considered important for economic development at any point of time, and governments across the globe decide, which metal to incorporate into the category. The category gets revised periodically and non-periodically depending upon the need of an economy. 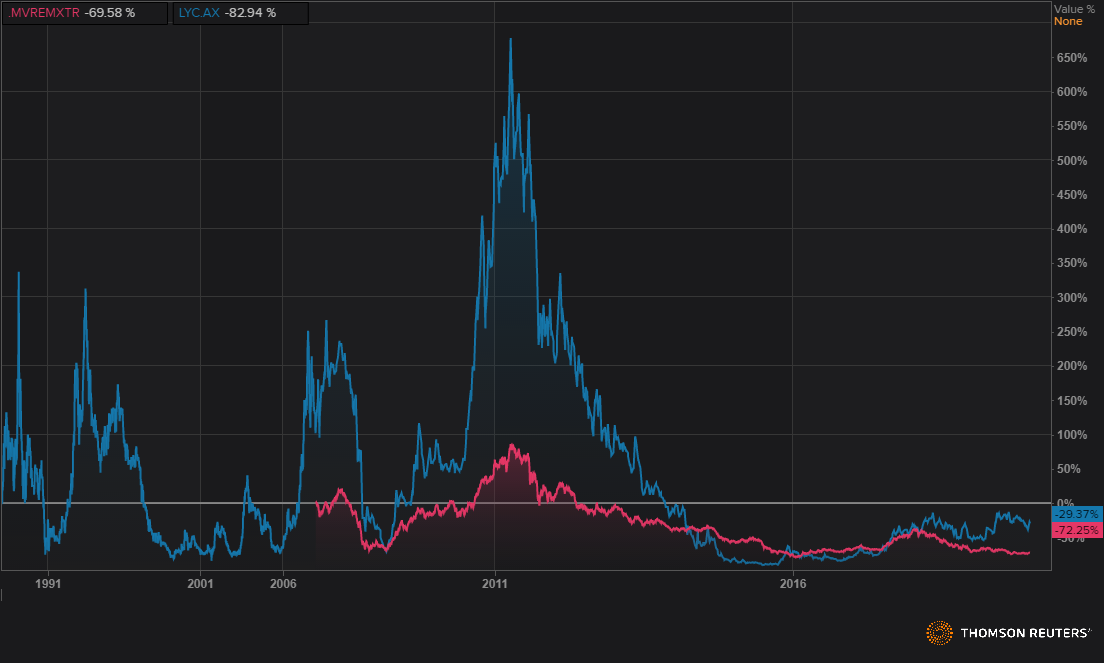 Since its inception in 2008 to now, the index has delivered a net return of -72.25 per cent; however, the rare earth metals cannot be blamed for the plunge in the index. Time to time, many strategic metals have disappointed the investors, with cobalt, which once remained the harpoon of the Democratic Republic of Congo to clinch the EV market, started diminishing from the battery-tech over the ethical issues.

To Know More, Do Read: An Outlook Over Aussie Li Industry, Producers, And Players; AGY, AJM, A40 & LI3

Another strategic metal-lithium, which spiked to record highs in early 2018, suddenly faced a supply glut and the prices are now dirt-cheap. Such a fall in strategic metal categories has impacted many miners in the segment, which eventually led to the fall in the index.

To Know More, Do Read: Australia Vs Chile- A Race for the Lithium Crown

On the other hand, rare earth metals have witnessed a safety-net over limited supply and steady demand. Presently, Lynas is gaining decent momentum in the market as the major economies like United States, Japan, etc., are trying to gain supply for rare earth metals, and Australia is the second prime location to do so. 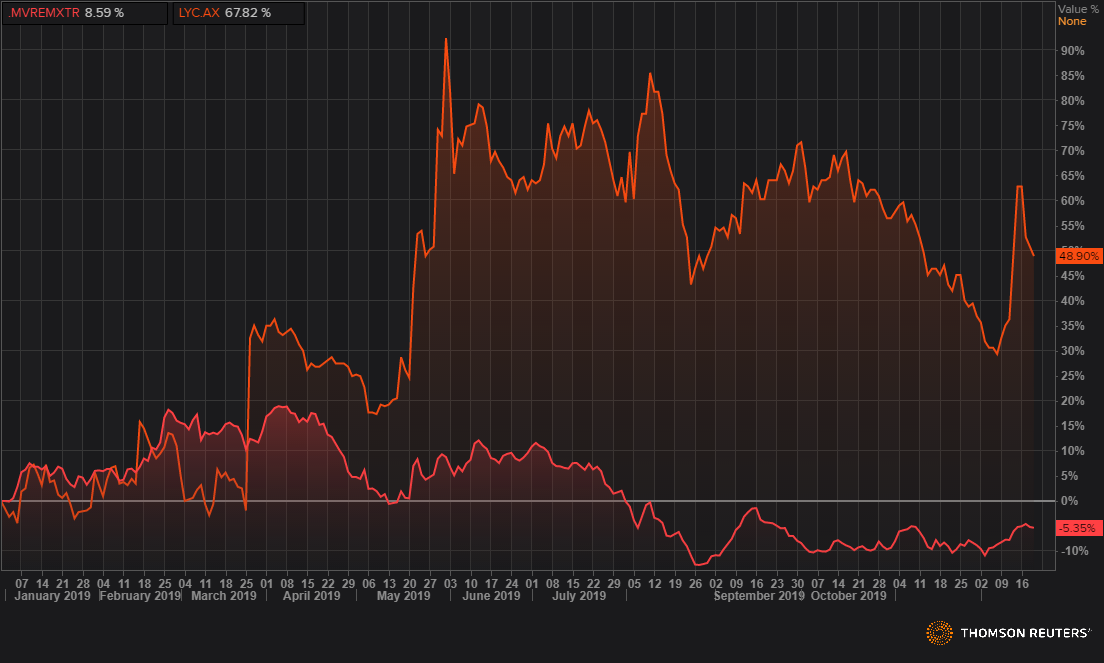