Australia Vs Chile- A Race for the Lithium Crown

Lithium markets are taking a breather from the free-fall mode, which is now prompting the lithium-rich countries such as Australia and Chile, to establish strong roots in the supply chain. 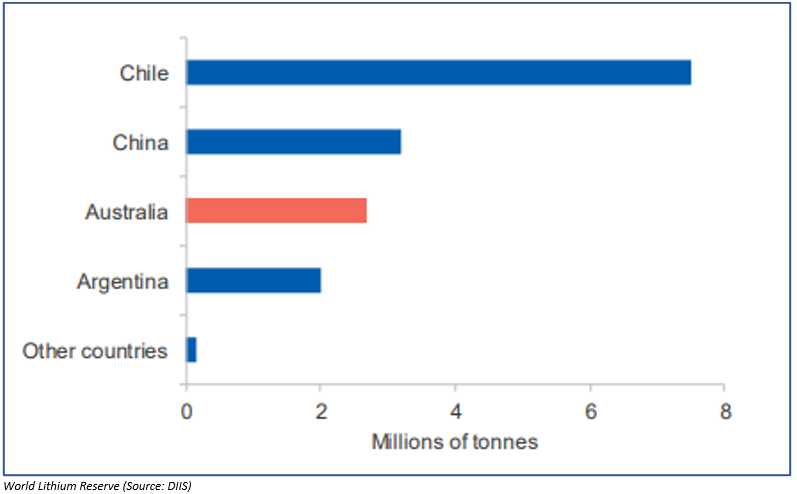 To Know More, Do Read: How Are Australian Lithium Miners Taking Roots To Leap on the Stabilised Lithium Chemical Prices?

Australia stood as the largest producer of mined lithium in 2018, and the nation produced 58 per cent of global output in 2018. The investment in lithium mining rose substantially in the same period, and the output rose to account for 56 per cent of additions in the world production in 2018.

The year 2018 witnessed a heavy investment in lithium mining and several sites in Western Australia commenced production. The Pilgangoora mine- owned by Pilbara Minerals Limited (ASX: PLS) and Altura Mining Limited (ASX: AJM) started production. However, the largest addition to the production capacity of 20,000 tonnes came from the expansion of Greenbushes mine- owned and operated by Talison Lithium.

The correction in the lithium prices from its peak exerted tremendous pressure on the share prices of the ASX-listed lithium stocks, which in turn, is further prompting producers to reassess expansion plans, to minimise their risks in the face of declining prices.

Apart from the expansion plans, the ramp-up from the mines, which started in 2018 could further boost the Australian lithium production.

While Australia is all set to witness a surge in the production level, Chile is also adopting measures to race for the crown. The nation recently decided to grant the exploration licences in Chile; however, the production of lithium from brine, of which Chile holds a vast deposit, is currently limited by its high requirement of water.

The Chilean giant- SQM was penalised over the environmental compliance, and apart from that the lithium chemical giant had to shut down a well, found to be impacting desert trees and vegetation. Likewise, another giant lithium producer in Chile- Albermarle was forced to halt work at the La Negra project in Chile amid water usage concerns.

World lithium production grew by 22 per cent on Y-o-Y basis in 2018 to stand at 447,000 tonnes in terms of carbonate equivalent, and the production chains are evolving rapidly with a particular divergence towards the hard rock deposits.

The production of battery material from hard rocks involves the following process: 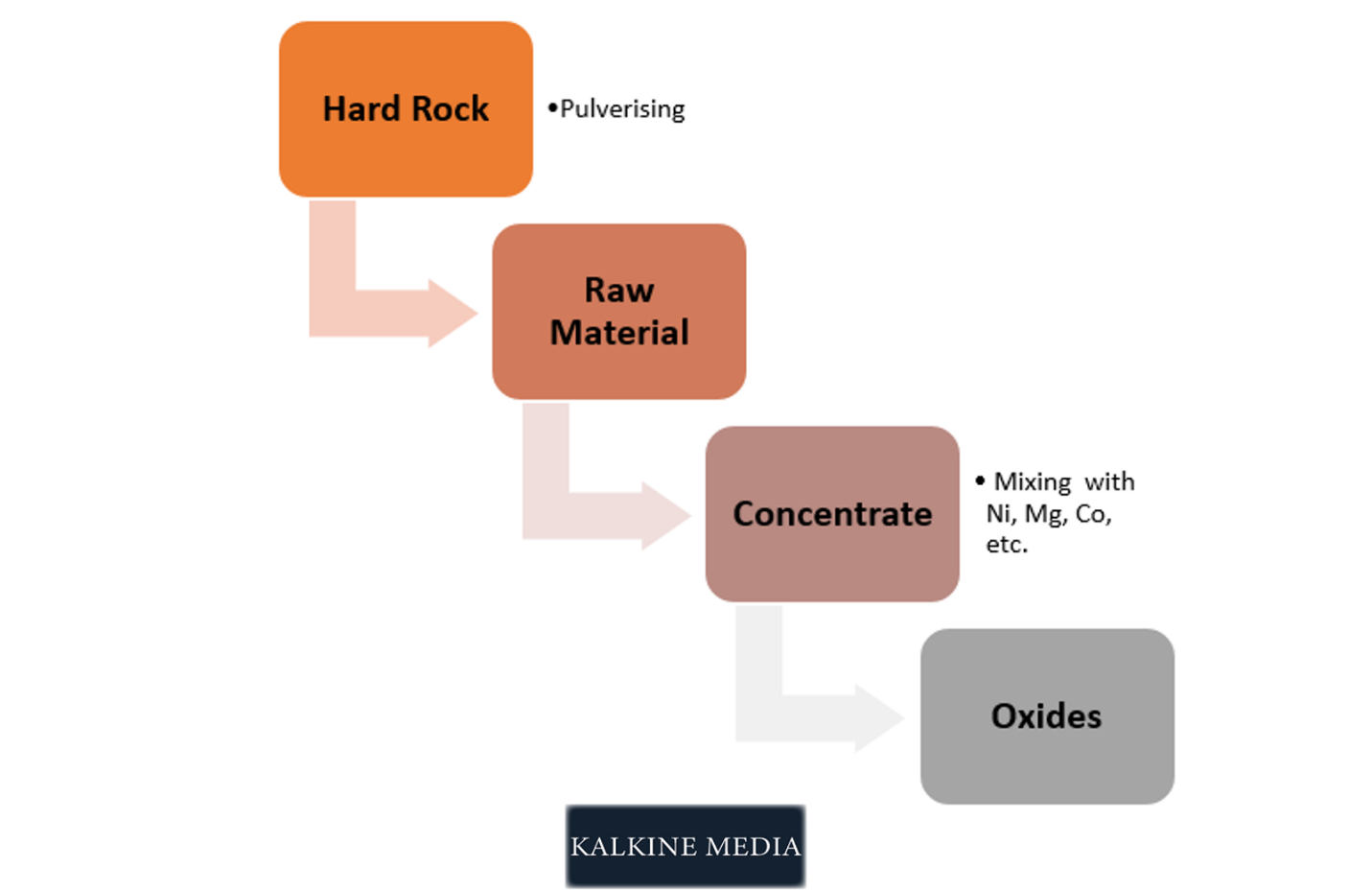 Many countries are adopting measures to participate in the downstream processing of the hard rock lithium amid its vast distribution among geographies and lesser dependency on the environmental conditions as compared to brine for lithium production.

In the current environment for lithium, the market is favouring more stable resources of lithium production to avoid any bottlenecks in the future, and the production from hard rock is more stable as compared to brine, as brine is found in underground water channels, which depends upon the environmental factors.

While the above facts and figures suggest that Australia is going to be at the top for the time being amid its large spodumene resources, let us take a look over the consumption side of lithium and how could it impact the Australian supply chain. 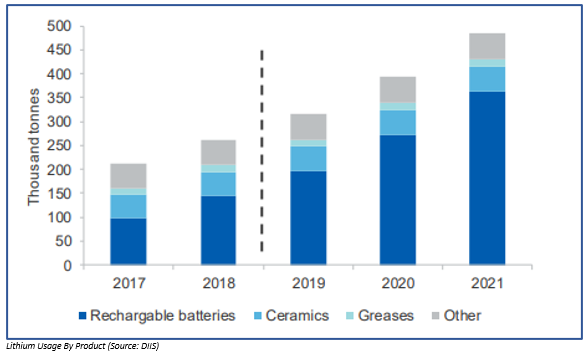 The lithium consumption recently took a slight hit amid challenging global economic conditions in China; however, the EV sales in China continued to witness growth, albeit at a slower rate. The sales took a hit by the change in subsidy policies by the government in China.

To know More, Do Read: Syrah To Capitalise on The Fundamental Shift in the Graphite Market?

The spodumene ore is predicted by the DIIS to experience a longer duration of surplus, and the prices would remain soft till 2021. The anticipated fall in the spodumene prices could be troublesome for the export numbers over the short-term.

The DIIS forecasts the export values to take a hit from $1.4 billion in 2018-19 to stand at $1.3 billion by 2020-21. However, the construction of hydroxide refineries in Australia could further support the export value of the lithium supply chain over the long-run in Australia.

In a nutshell, the lithium market remains turbulent for now; however, the Australian miners are again ramping up the production to offset the fall in spodumene prices in the international market, which in turn, place Australia in a strong position to hold the current title of world’s top lithium supplier.

Apart from the increase in production capacity of the existing mines and future expansion plans, the geography of Australia is also supporting the Australian roots in the global supply chain. The change in trend and incessant stance of the global market to avoid any future bottlenecks is supporting the growth for spodumene, of which Australia hosts a vast deposit. 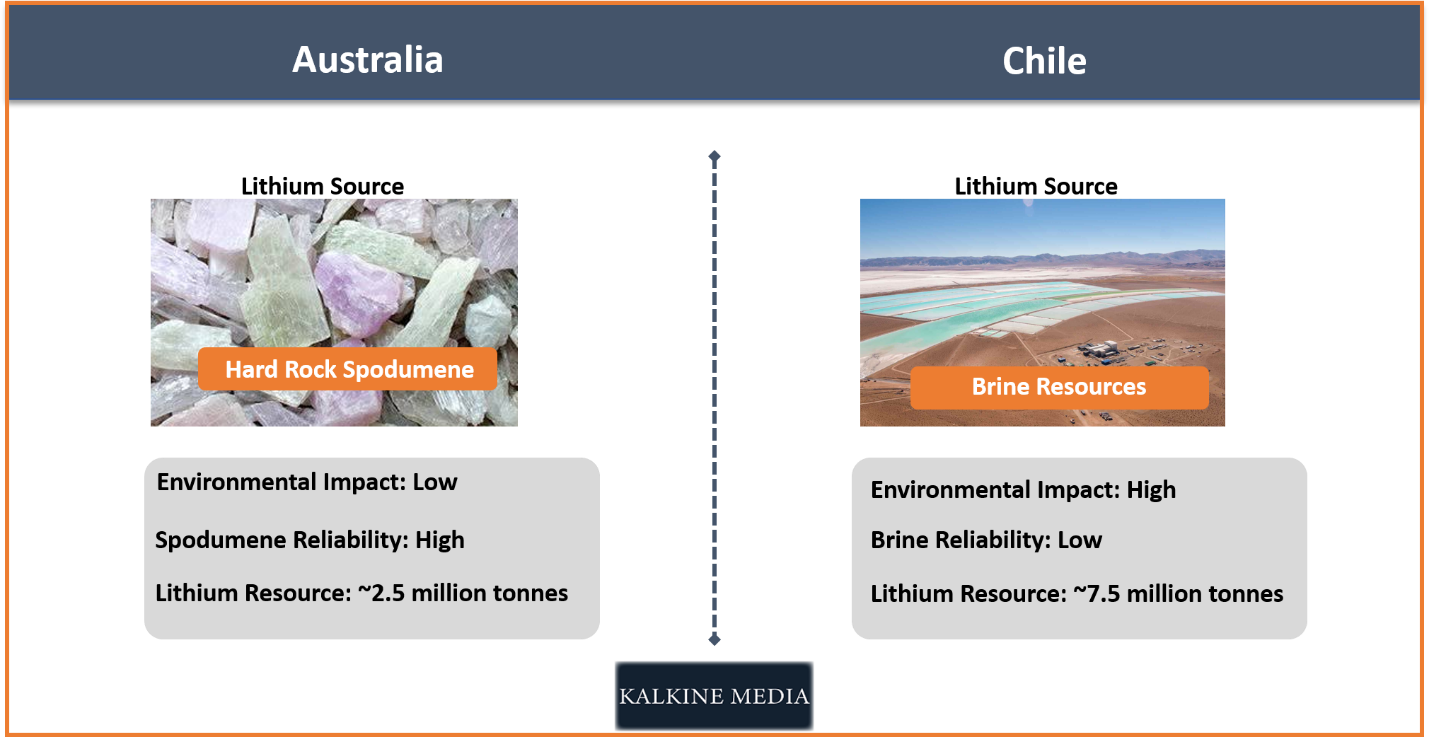 Thus, for now, it looks like Australia is going to top the supply chain for the raw lithium; however, when it comes to the downstream processing of lithium, the capital and development across the space in Australia is still limited, while Chile is aggressively securing contracts to construct downstream processing facilities in Chile in exchange for lithium exploration licenses in Chile.

CLICK HERE FOR YOUR FREE REPORT!
Tags:
ASX: PLS ASX: AJM Australian Lithium Miners Pilbara Minerals Limited Graphite Market Lithium Mining Stocks Altura Mining Limitem Western Australia commenced production.
All pictures are copyright to their respective owner(s).Kalkinemedia.com does not claim ownership of any of the pictures displayed on this website unless stated otherwise. Some of the images used on this website are taken from the web and are believed to be in public domain. We have used reasonable efforts to accredit the source (public domain/CC0 status) to where it was found and indicated it below the image.