An Outlook Over Aussie Li Industry, Producers, And Players; AGY, AJM, A40 & LI3

Electric vehicle segment emerged in the global market to counter the problem faced by anti-carbon economies. Behemoth electric vehicle players such as Tesla shaped the demand scenario of the electric storage battery, and with the contour designed for battery industry, the battery metals marked a demand surge.

Most significant battery metals such as Cobalt, Copper, Nickel, Lithium, etc., all noticed a boost in prices; however, with time the chemical composition and various other challenges changed the demand and supply trend for these metals.

Cobalt emerged as the primary metal for battery industry; however, over the issues associated with the production of the commodity, the market eventually shifted the battery chemistry from cobalt based to copper cathode based and lithium chemicals based.

Cobalt is widely present in the Democratic Republic of Congo (DRC), a county well-known for its political instability and unethical practices plagued with child labour.

The inclusion of cobalt under the “Strategic metals” to increase the royalty by the government of DRC marked the very first challenge for the cobalt industry.

Tesla remained the pioneer towards the shift as the company reduced the use of cobalt in its battery over the issue related to the production of the commodity, and the CEO Elon Musk shaped the future of the lithium industry by drastically reducing the cobalt content in Tesla car batteries and increasing lithium based composition in it.

With Tesla setting an example, the other electric vehicle players followed the same trajectory, and the lithium-based chemical demand and demand for lithium took firm roots in the international market.

Chile with its high-grade lithium resources remained the dominant player in the lithium industry; however, with the increase in the number of lithium projects and companies along with its significant resources, Australia gained the position and replaced Chile in terms of lithium production and supply chain. Currently, Australia, Chile, China, and Argentina remain the top four lithium supplier in the global market, while Western Australia hosts 50 per cent of the global lithium production.

In Australia, New mines have sprung up in the past 18 months to meet an expected demand boom of lithium, due to which we have seen a sharp build-up in the global supply chain. Major player such as Rio Tinto is also eyeing on the lithium industry and is consistently developing its Jadar high-grade lithium project.

Greenbushes mine, which is among the world’s largest lithium mine, with a 51 per cent and 49 per cent joint venture between Chinese Tianqi Lithium and North Carolina based- Albemarle, developed an expansion plan in 2018 to increase the production capacity to 1.95 million tonnes of lithium concentrate by 2021, which would account for 260,000 tonnes of lithium carbonate equivalent.

With a significant joint venture in the business portfolio, both the companies further plan to operate in the lithium hydroxide market separately.

MT Cattlin: The mine which is controlled and operated by Galaxy Resources Limited (ASX: GXY) produces 200,000 tonnes of lithium concentrate per year.

The company recently identified new exploration targets through an exploration drilling programme at the flagship Bald Hill, which would likely to inch up the current production level, and as per the market expectation the Bald Hill mine is expected to produce 180,000 tonnes of spodumene in the current year and 240,000 tonnes in the year 2020. 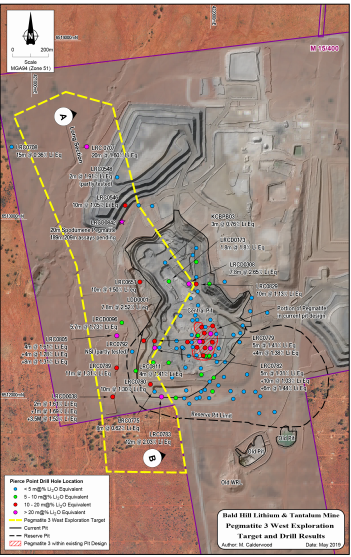 Apart from the new target identification at the Bald Hill, the company recently raised capital for the further development of the Bald Hill prospect under a conditional and institutional placement to raise A$32.5 million.

The company delivered a negative rate of return of 17.78 per cent on the YTD (Year-to-date) basis (as per the closing price of 4th June 2019). The six-months return on the shares of the company is at -43.94 per cent, while the three months return is at -2.63 per cent.

However, the slight recovery in the lithium prices in June has supported the share price of the company, and a one month return on the company’s share is at 2.78 per cent.

The monthly production of the project is improving drastically, which could further add to the lithium supply chain of the Western Australia region. 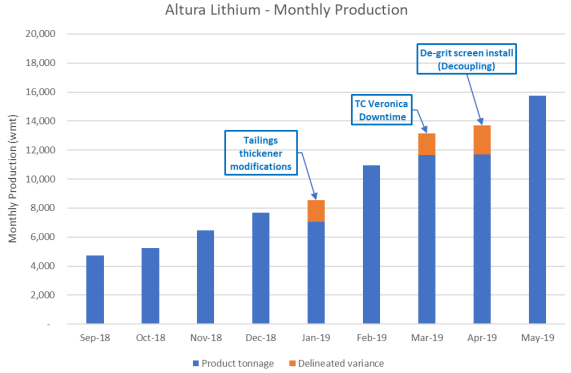 The uptick in the production figures signifies the improvement in the performance of the processing plant, and the company closes near the nameplate capacity of 220,000 tonnes per annum of production with an average grade of 6 per cent lithium oxide.

Altura Lithium Project shipped 9 shipments so far which accounts for a total of 63,706 dry metric tonnes of spodumene.

The lithium project of the company is in the Argentinian “Lithium Triangle”, which makes the company’s Rincon Lithium Project a significant asset.

AGY is focussed on being the next lithium carbonate producer in South America. Rincon Lithium Project is a low Capex and low capital intensity project. Further, the current modelled NPV, estimated by the company is more than 3 times of the anticipated initial capital outlay.

The Internal Rate of Return delivered by the project is 53 per cent with a payback period of 2.1 years, and AGY expects that the Rincon Lithium Project would fall in the lower quartiles of the global lithium cash cost curve. 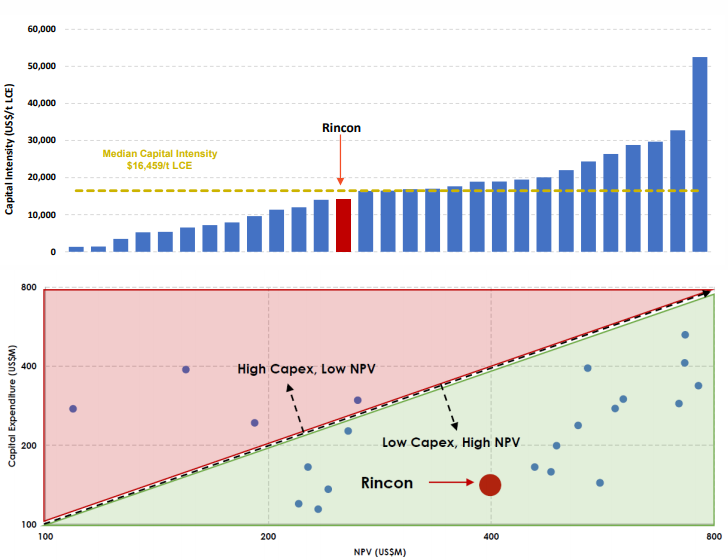 The company delivered a negative rate of return of 49.85 per cent on the YTD (Year-to-date) basis (as per the closing price of 4th June 2019). While, the six-months return on the shares of the company is at -62.05 per cent. 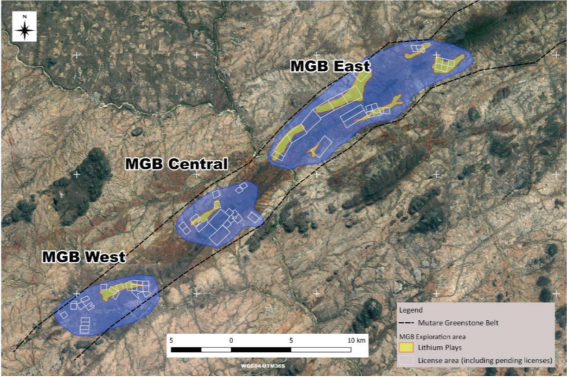 The company delivered a negative rate of return of 3.75 per cent on the YTD (Year-to-date) basis (as per the closing price of 4th June 2019). While, the six-months return on the shares of the company is at 28.33 per cent.