West Perth -based Lithium Australia NL (ASX: LIT) has increased its interest in leading Australian battery recycler Envirostream from 23.9% to 73.7%, as announced on 26 November 2019, marking a key milestone in its plan to create a circular battery economy. To acquire the additional interest, Lithium Australia has made a payment of around $ 100,000 to Envirostream, as part consideration. The company also indicated that some of these funds would be utilised by Envirostream to commission the expanded its battery recycling facilities in Melbourne.

This follows the LIT’s announcement in mid-October 2019 when the company had increased its equity stake to 24% in Envirostream, marking the amalgamation of resources of the two entities that have come together to create environmentally responsible solutions to the mounting problems being represented by spent Lithium ion batteries (LIBs). 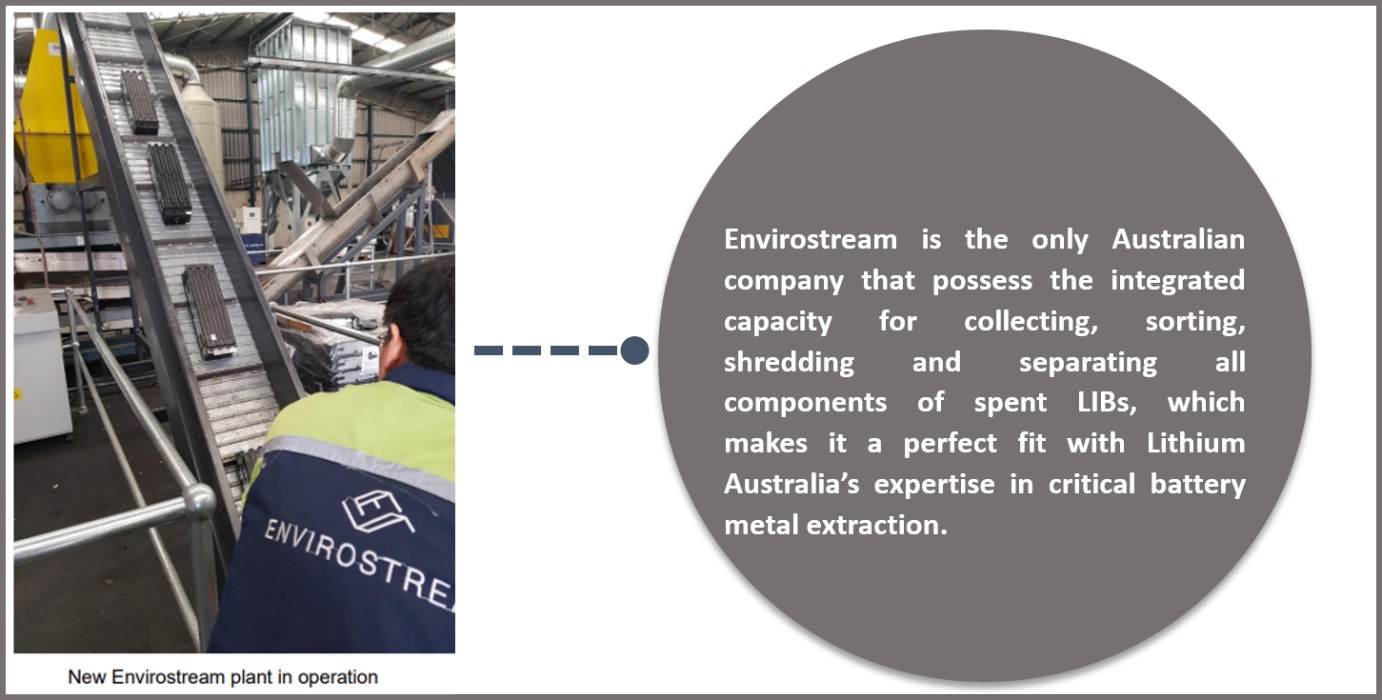 Lithium Australia is a metals and mining player that extracts, acquires, recovers and develops lithium deposits around the world as it is aspiring to ‘close the loop’ on the energy-metal cycle in a sustainable manner. The company has developed a rational portfolio of lithium projects and alliances (as below) and continuously advancing its proprietary technologies through R&D for converting lithium silicates (including mine waste) to lithium chemicals.

Envirostream generated a revenue of $ 1.3 million in the financial year 2019 (FY19) from recycling 149 tonnes of spent batteries. The company’s expanded plant in Melbourne, which has the capacity to recycle up to 3,000 tonnes per annum of batteries, has been successfully commissioned as well with first MMD already produced. The plant is currently in the process of being ramped up and optimised.

The next shipment of MMD by Envirostream is expected to take place later this month in November 2019. Recently, as announced on 6 November 29109, Envirostream had reached a memorandum of understanding (MoU) with South Korea-based SungEel HiTech Co., Ltd, whereby the former had agreed to expand its MMD shipments to SungEel, that would be further refined into nickel, cobalt and lithium chemicals for manufacturing new LIBs. 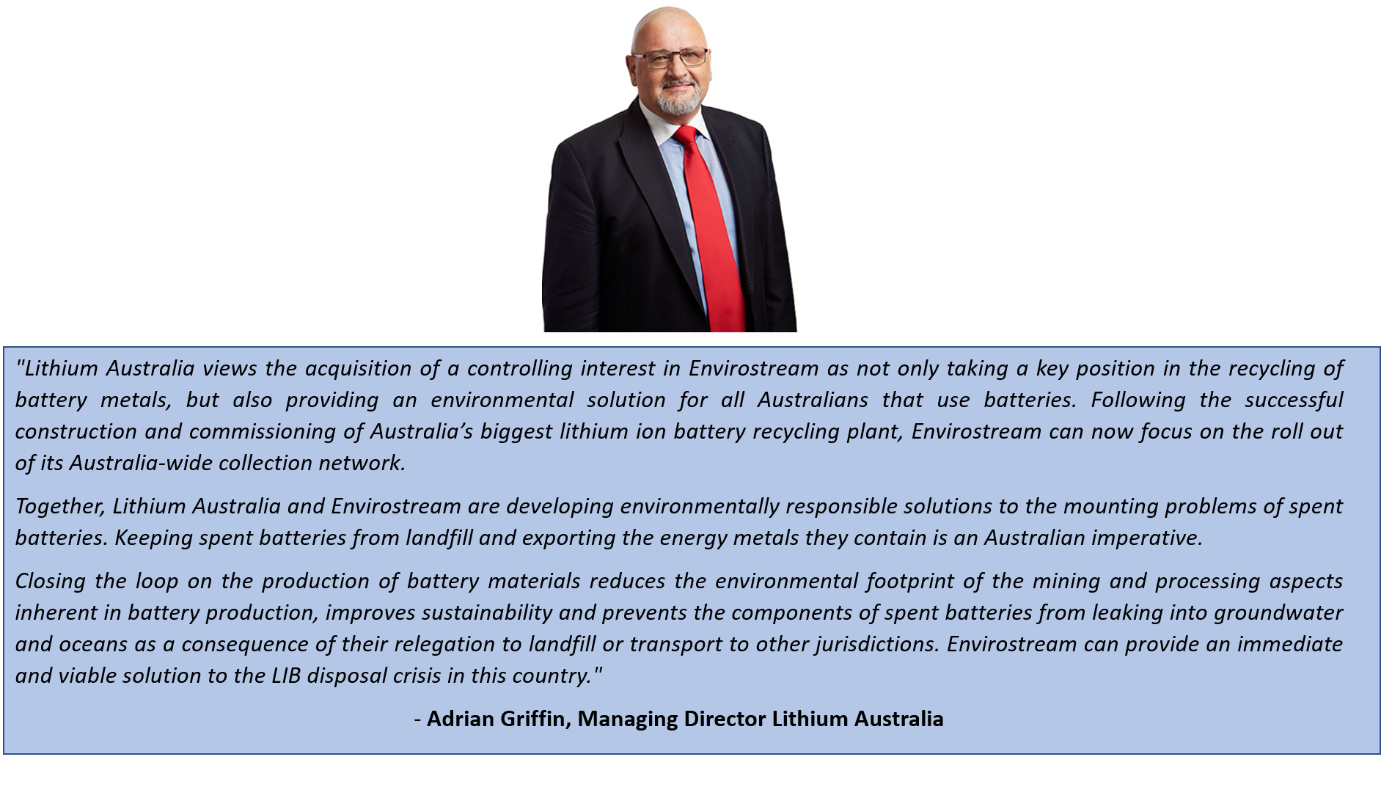