Crude oil prices are enjoying the supply tension, and the current month is the first one to trade on a green territory post a crash from 2019 high. The year 2019, saw a sharp upside in crude from the level of US$52.51 (low in January 2019) to the level of US$75.60 (High in April 2019); however global cues took a crude down in May and early June this year, but the recent event drove the crude prices up in the international market.

The rise in crude oil prices brought respite for oil explorers, which previously lost a significant amount of value over the crude plummet. Letâs have a look at the three ASX listed Energy Stocks as follows:

During the session, Peter Coleman admitted that WPL would bypass the deadline of a deal undertook by the company, on terms for processing third-party gas through the North West Shelf LNG venture and targeted for the present month.

The third-party agreement had also paved the way for the gas processing at the North West Shelf ventureâs LNG plant from the Browse fields prospect of the company.

Post laying the foundation for the JV deal, the North West Shelf venture reached a preliminary agreement to process the Browse Venture gas along with gas from a separate Chevron venture. The preliminary agreement within the Joint Venture companies paved the way for billion dollars investment in offshore gas production.

WPL believed that the agreements were a pivotal step towards realising the potential of the Burrup Hub in Karratha and would extend the life of the Karratha gas plants for decades. 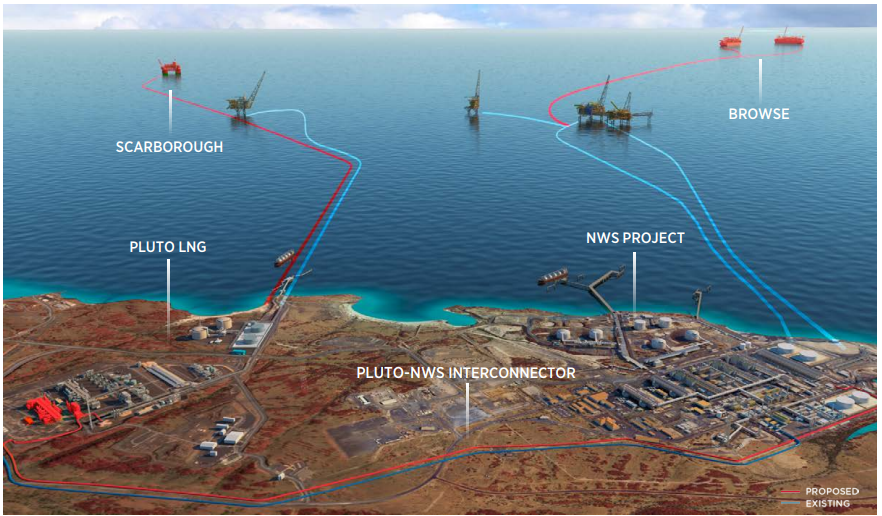 WPL further targets to give a final go-ahead to its Browse project gas processing at the NWS Shelfâs liquified natural gas plant in the late next year.

WPL also updated on 24th June that the company restarted the LNG production at the Pluto LNG prospect.

The prices are now near to its previous up-rally, which we explored and presented in our previous technical article on the company.

MRL announced on 25th June 2019 that the company acquired the remaining 11 per cent minority interest via a roll up share allocation to consolidate 100 per cent ownership of its power and energy resources portfolio, which includes Mayur Energy and Mayur Power Generation.

The company previously owned 89 per cent stake in MR Energy PNG Pte Ltd and MR Power Generation PNG Pte Ltd. Both the subsidiaries are incorporated in Singapore, and Waterford Ltd controlled the minority equity stake of 11 per cent.

Waterford Ltd is a PNG incorporated entity, which holds the MRL exploration licences for coal in Gulf province, and MRL acquired Waterford Ltd before its IPO and offered the minority stake in the two subsidiaries of the company.

MRL had an option to acquire Waterford Ltd for a cash consideration of US$2.5 million; however, the Original Waterford Shareholders elected to take the minority stake in the companyâs subsidiaries, which in turn, valued the subsidiaries collectively in mid-2017 at circa US$22.7 million.

The two subsidiaries continued to demonstrate significant progress, which is as follows:

Apart from the above-mentioned significant progress, the two subsidiaries accomplished many other milestones.

MRLâs acquisition of the two subsidiaries was initially due to be via cash; however, over extensive negotiations, the company consented to roll up the Minority Equity Stake of the subsidiaries into MRL at an agreed valuation and conversion into MRL shares.

The valuation for the proposed rollup was based upon the averages of the last two broker research paper by Bell Potter, which valued the company at an average of $1.15 a share and apportioned 33.14 per cent of the underlying value to the respective subsidiaries.

The apportioned percentage was then applied to the 14-days volume weighted average price of the company ($0.50), which in turn, valued the subsidiaries at 16.6 cents per share. The minority stake of 11 per cent was then calculated, which resulted in the valuation of 1.82 cents per share.

Post implementing the 1.82 cents per share to the agreed valuation per share (1.82/50) provided an implied value of 3.65 per cent of MRL shares. This was then applied to MRLâs total issued share capital to achieve a total consideration for the rollup of the minority equity stake of 5,720,646 shares in MRL.

The yearly return from the company is in the negative zone at -27.14 per cent.

In an announcement made public by the company on 25th June 2019, WEL mentioned that it would spud new well Arledge 16#2 in the coming month of July, which would target the relative shallow Cisco Sands at the newly defined Lightning Prospect. 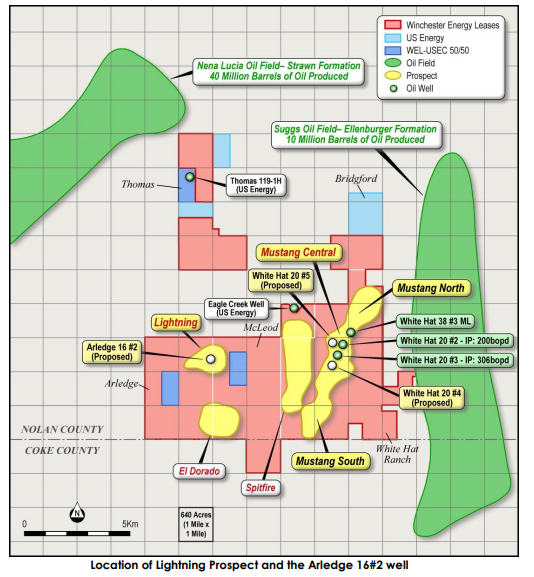 The production from the down-dip location recovered 46,000 barrels of oil. 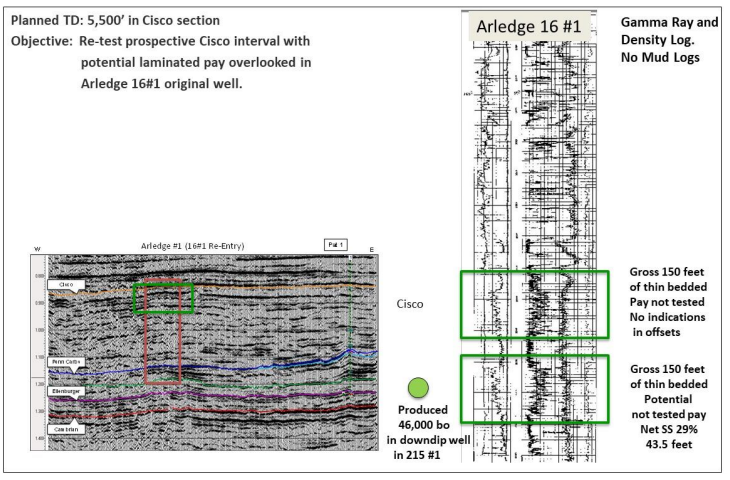 WEL estimated the Gross Prospective Resource from the lower sand lobe of the Lighting prospect, which are as:

The chance of success of recovering oil & gas from the prospect stands at 22.5 per cent based upon risk proportion of 50 per cent Trap, 50 per cent Seal, 90 per cent Charge and 100 per cent Reservoir.