Graphite is a non-metallic mineral, a form of crystalline carbon which usually occurs in nature (natural graphite) as Amorphous, Flake or vein. It can also be produced synthetically from processing carbon material, typically petroleum coke, which is a by-product of oil refining. Graphite is non-toxic, chemically inert and an excellent conductor of heat and electricity with electrical capacity 1,000 times that of copper. Other impressive properties of graphite which makes it adept for several industrial applications include a high lubricity, high resistance to corrosion, and strength and ability to withstand extremely high temperatures. 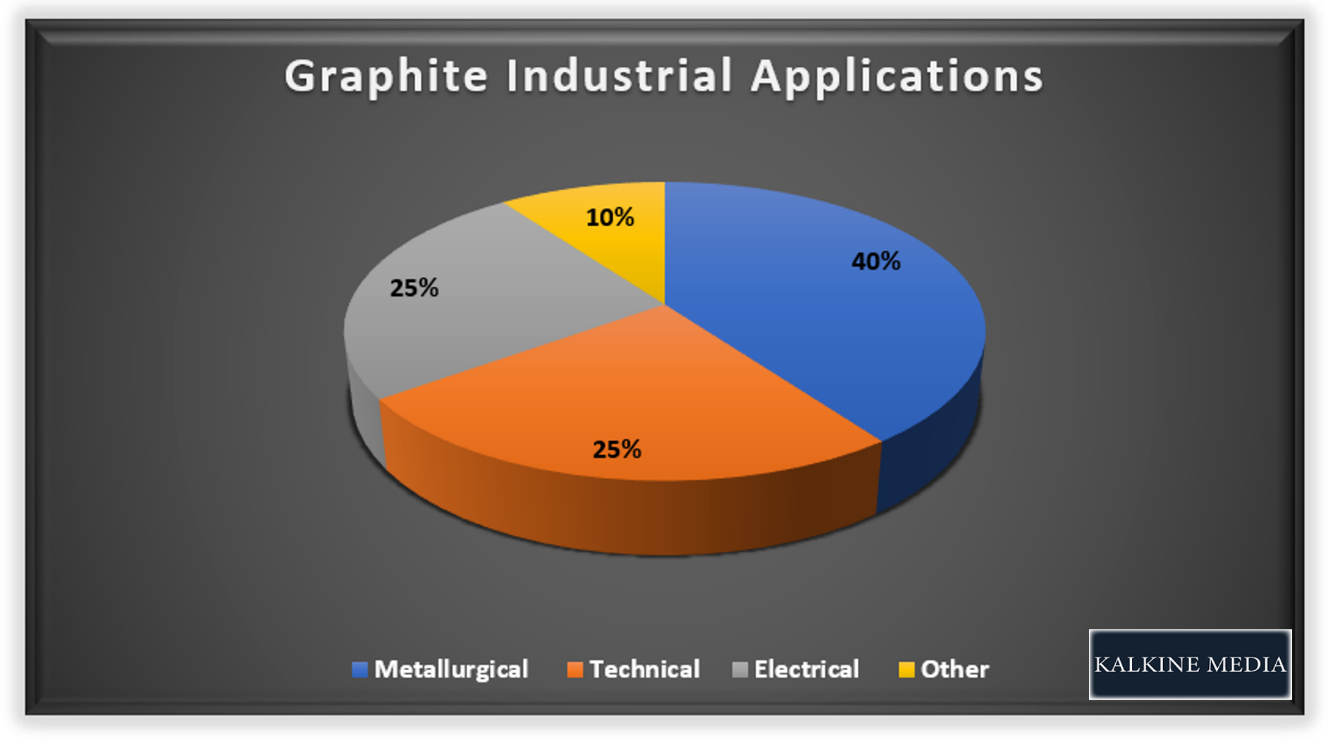 It is processed via fine grinding, purification, spheritisation and processing of flat flake into a concentrate and finds application in manufacturing of lithium-ion batteries (LIBs), for which the demand is expected to shoot up in the time to come.

The market for electric vehicles (EVs) is maturing and the utility storage market is expanding, resulting in increased demand for graphite used as anode material in LIBs, which utilises 7-10 times more graphite than lithium.

Currently, almost all of the world’s demand for spherical graphite is being served by production in China, that is home to seven of the world’s leading lithium ion mega factories, with Tesla Motors’ USD 5 billion Gigafactory 1 in Nevada being the biggest capacity plant under construction, expected to reach its 35GWh capacity by 2020.

It is evident that EV revolution has kicked in and investments would most definitely increase in new LIB capacity by over $ 12 billion in 2020. While China’s natural graphite production has hit a saturation point of late, it is an opportune time for high quality natural graphite suppliers to capitalise on the opportunity and gain the market share.

With demand being propelled by large expansions in the LIB industry from megawatt to gigawatt globally, BMI also estimates that ~360,000 tonnes of medium flake graphite would be required by the end of this decade to deliver spherical graphite.

According to UBS global auto analysts, EV sales are estimated to grow at a CAGR of 46% between 2020 and 2025 while as per Bloomberg, this growth will lead to EVs accounting for 35% of global car sales by 2040.

A forecast by Forbes suggests that the future of energy storage market is also attractive with falling market prices and favourable policies coming into effect.

Expandable Graphite, formed by keeping natural flake graphite in chromic acid, then concentrated sulfuric acid, leading to the expansion of graphite which, is pressed into sheets for creating graphite foil which is utilised in building consumer electronics, heat and corrosion resistant gaskets, flame retardants materials, and others.

The outlook for the expandable graphite market is also bright as demand for consumer electronic goods including smartphones, laptops and tablets is increasing at a fast pace. Besides, according to popular market analysts, the global demand for flame retardants is forecasted to rise by 4.6% per annum and the flame-retardant market is estimated to be valued at around USD 12.81 billion by 2021.

Thus, the current market climate for natural graphite along with the positive near- and long-term outlook is highly lucrative for graphite focussed companies, especially the coarse flake graphite producers. Volt Resources Limited (ASX: VRC) is one such company that has left no stones unturned to enter the growing graphite market and proactively preparing to move into production shortly.

VRC aspires to be the top three global suppliers of natural graphite by 2020, with the mission to be the supplier of choice for high-quality super jumbo, jumbo and large flake graphite to emerging hi-tech growth industries. 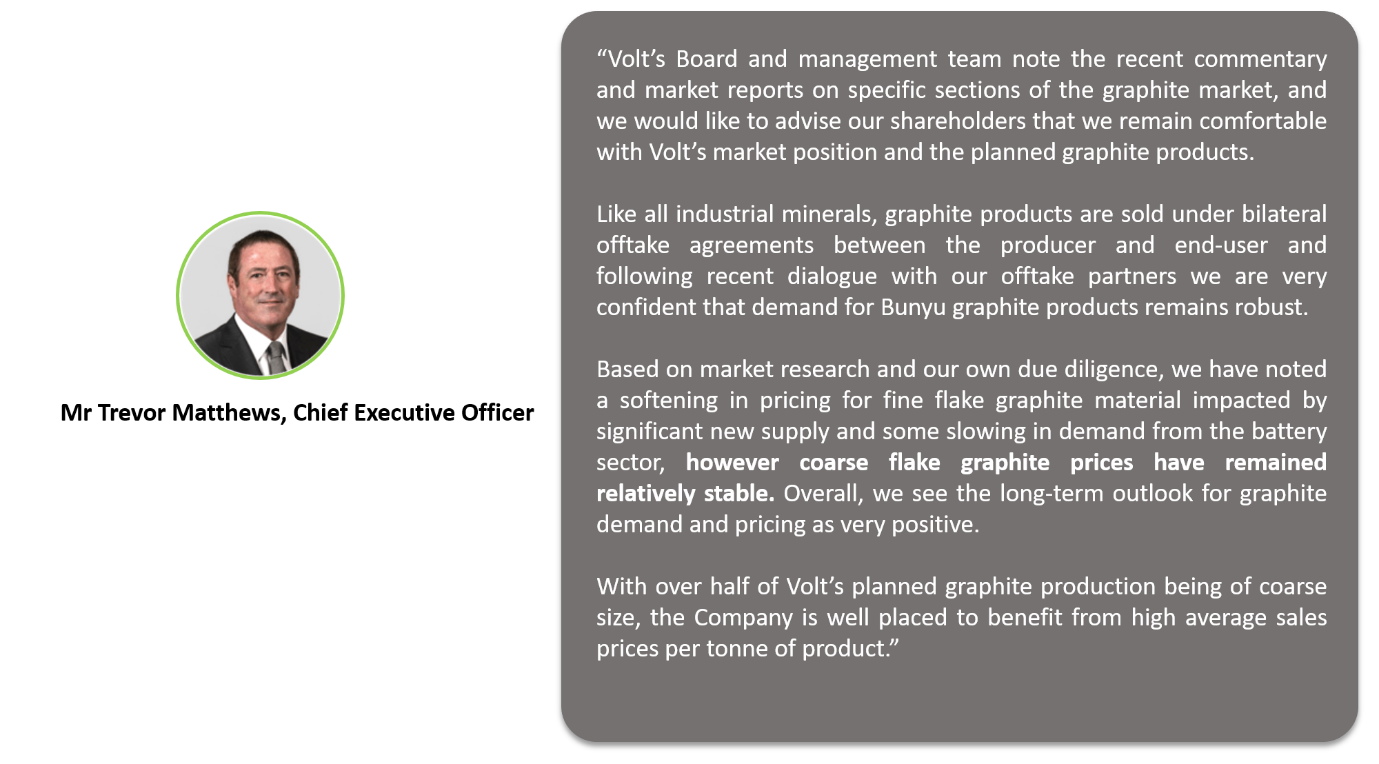