Australian metals and mining sector player, Volt Resources Ltd (ASX: VRC) is a graphite exploration company, currently focused on the development of its existing wholly-owned Bunyu Graphite Project, located in south-east Tanzania and the identification of further prospective assets across the world, that have the potential to add value to the shareholders.

The Bunyu Graphite Project – An Overview 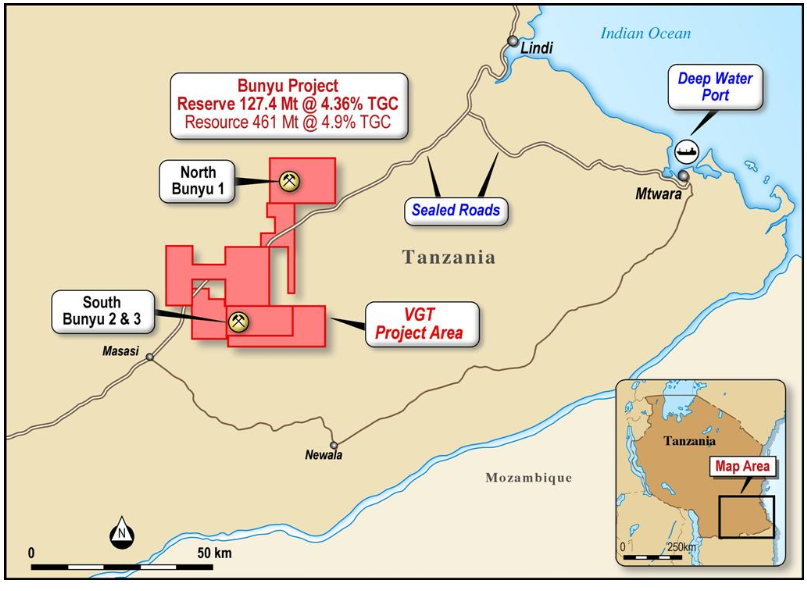 The Bunyu Graphite Project location is 140 km from the deep-water port of Mtwara in the highly endowed East African graphite belt. The port has an annual capacity of 400,000 tonnes with the ability to expand to 750,000 tonnes without the need for additional berths. Sealed roads also run through the project area. Besides, Tanzania has a well-established mining and services industry with political stability and a solid economic performance. 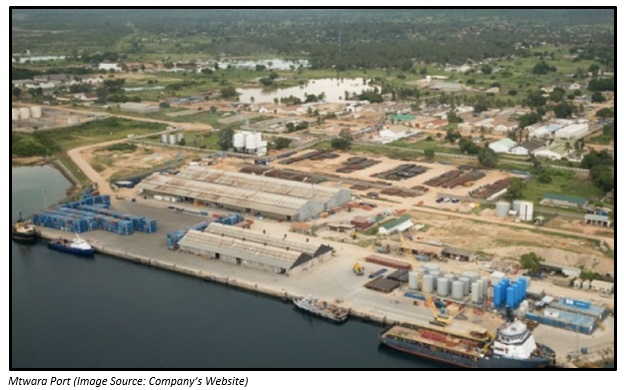 The project is planned to be developed in two stages. The Environmental Impact Assessment Certificate covering both Stage 1 and 2 were issued by the National Environment Management Council of Tanzania to Volt’s wholly-owned subsidiary Volt Graphite Tanzania (VGT). Thereafter, Mining Licences ML 591/2018 and ML 592/2018 were formally received (applicable for 10 years) from Minerals Commission of the Ministry of Minerals of Tanzania.

Pre-Feasibility Study (PFS) Highlights – The PFS conducted into the development of the Project in December 2016 confirmed the robust technical and financial viability of the project. The key points from the PFS include –

Stage 1 – The development of Stage 1 of the Bunyu Project is aimed at establishing the infrastructure and a strong market presence, laying foundation for the further development of the significantly larger Stage 2 expansion project at Bunyu. Stage 1 is based on a mining and processing plant annual throughput rate of 400,000 tonnes of ore to produce 23,700tpa of graphite products on an average, that would strengthen the company to effectively be a part of the global flake graphite market.

For Stage 1, the simple mining using conventional drill and blast, load and haul method would be used. Production from Stage 1 is targeted for Q3 2020 with power to be generated from diesel generators and early cash-flows are expected during the second half of 2020 (H2 2020). Volt Resources’ progress with respect to Stage 1 Bunyu Project is illustrated as below-

Funding Updates on Stage 1- Currently, Volt Resources is advancing the funding process for supporting Stage 1 with a targeted funding of USD 40 million including development cost of USD 31.8 million and resettlement compensation of USD 3.5 million.

In October 2018, Volt Resources appointed Exotix Capital as funding advisor to undertake a Tanzanian Note Issue to raise funds for Stage 1. In January 2019, the company secured a 6-month funding facility of $1.3 million.

In the quarter ended 30 June 2019, the company and Exotix Capital, continued to progress the planned Tanzanian Note Issue and listing of the Notes on the Dar es Salaam Stock Exchange (DSE), for which the approval process with the Tanzanian Government is in the final stages. The company is also making some tangible progress regarding the options of a Bond Issue and listing on the Stock Exchange of Mauritius (SEM) and private bond investment. In addition, Volt Resources continues to hold discussions and project due diligence processes via Exotix Capital with companies from North America, Africa and Asia.

Meanwhile in the last quarter, the company also secured a short-term working capital funding of $100,000 from two Directors, being Mr Kabunga and Mr Hunt, each providing $ 50,000, on an unsecured, arm’s length commercial term basis (Repayable: 15 July 2019).

Recently on 25 August 2019, Volt announced to have completed a Share Purchase Plan and a top-up placement of new shares, which together raised a total of $1,649,000 in proceeds.

Stage 2 – Volt Resources plans to undertake the Definitive Feasibility Study (DFS) for expansion of the project in late 2019 or early 2020. The PFS based on 170,000tpa of graphite products indicates robust economics and the development funding is estimated at USD 173 million with 1.4-year payback, an NPV (post-tax) of USD 890 million along with an average annual EBITDA of USD 195 million. As of now, the Stage 2 of the Bunyu Project is planned to be commissioned by late 2022 to align with the forecast increase in graphite demand from 2022 onwards.