Volt Resources To Capitalise On The Vast Market Opportunity For Graphite

Graphite is considered as a critical mineral in the United States and the European Union and finds applications in various industries such as the booming lithium-ion battery (LIB) sector. The mineral possesses excellent inherent properties such as electrical and thermal conductivity and chemical resistivity.

There are 3 kinds of natural graphite, each one occurring in distinct ore deposits- 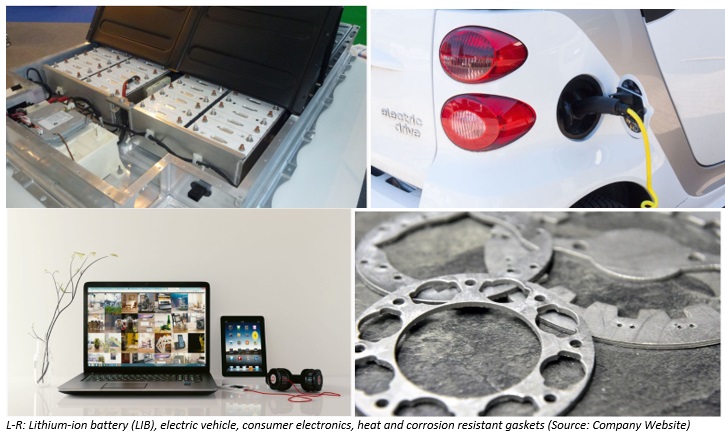 Demand for Graphite - Forecast – With the maturing electric vehicle revolution and the inception of the utility storage market, the demand for graphite used as anode material (which requires 7-10 times more graphite than lithium) in LIBs is estimated to rise over 200% in the next four years, according to Benchmark Mineral Intelligence (Price Reporting Agency).

In addition, Benchmark has also forecasted that the anode market, served almost entirely by spherical graphite and synthetic graphite, is expected to expand to 250,000 tpa by 2020-end from 80,000 tpa in 2015, with a potential to be as vast as 400,000 tpa.

Considering the most conservative case, Benchmark estimates that of medium flake graphite of ~360,000 tonnes would be required by the end of this decade to produce spherical graphite (double the flake concentrate market in 2015). Demand is primarily being propelled by the expansions in the LIB industry where the scale of operations are expected to expand from megawatt to gigawatt.

Currently, 100% of the world’s spherical graphite demand is being served by China, which hosts seven of world’s top lithium ion megafactories, while the largest plant under construction is Tesla Motors’ USD 5 billion Gigafactory 1 in Nevada, all to reach its 35GWh capacity by 2020. With investments in new LIB capacity expected to rise in excess of $ 12 billion in 2020 and with China having hit its peak natural graphite production, there is a vast opportunity for high quality natural graphite suppliers to capitalise on the EV boom and capture the market share.

Moreover, according to Benchmark’s analysis, most end users are opting for natural graphite over synthetic because of its lower impact on the environment and relatively affordable price. Plus, natural graphite is also characterised by higher energy density and power output, ideal for EVs.

Thus, the current graphite scenario is ripe for focussed graphite companies such as Volt Resources Ltd to capitalise on. Let’s have a look at the company’s wholly owned Bunyu Graphite Project

The Bunyu project is being developed in two stages with the Environmental Impact Assessment Certificate for Stage 1 and Stage 2 issued by the National Environment Management Council of Tanzania to Volt’s subsidiary (100%-owned) Volt Graphite Tanzania (VGT). Besides, the Mining Licences ML 591/2018 and ML 592/2018 are also in place for 10 years approved by the Ministry of Minerals of Tanzania’s Minerals Commission. 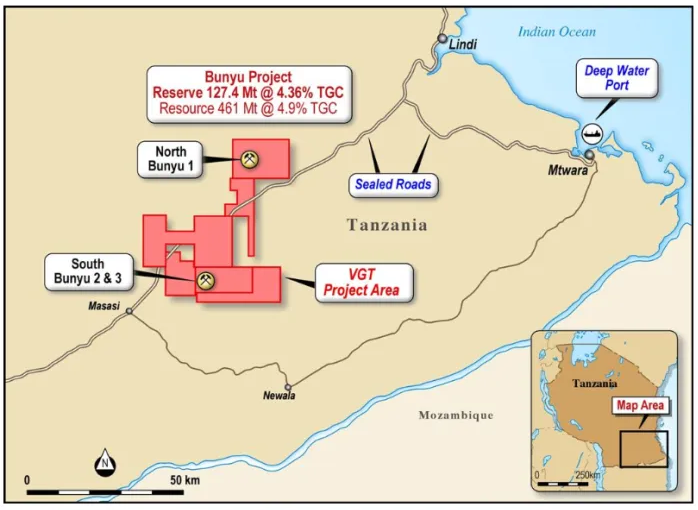 The project has conducive infrastructure in the vicinity as it is located ~140 km from the Mtwara port (deep-water) port with an annual capacity of 400,000 tonnes along with an ability to expand to 750,000 tonnes with no extra berths required. Also, there are sealed roads running through the project area. Furthermore, Tanzania has a well-established mining and services industry, a solid economy as well as political stability.

The Pre-Feasibility Study (PFS) for the whole project was completed in December 2016 which demonstrated robust technical and financial viability of the project including:

The Mineral Resource Estimate (JORC 2012 compliant) was also updated to 461Mt @ 4.9% TGC (largest graphite deposit in Tanzania among the ASX-listed peers) in the PFS which suggested a low initial CAPEX of USD 173 million and Annual OPEX of ~ USD 93 million.

In July 2018, the Feasibility Study was completed for Stage 1, which is aimed at establishing the infrastructure and market presence, to gauge the market appetite for the Bunyu graphite products, laying a foundation for the Stage 2 expansion project at a significantly larger level. Production from Stage 1 is targeted for Q3 2020 with early cash-flows expected by H2 2020.

More on the outcomes of PFS and Feasibility Study may be READ here.

Volt Resources is currently progressing with funding initiatives for Stage 1, which requires as estimated USD 40 million. VRC has also signed numerous offtake agreements. More on the Funding activities and offtakes agreements in place may be READ here.