Assessing the road ahead for its Kihabe-Nxuu Project in Botswana was the primary business goal of the Group for the period.

The main activities undertaken during the financial year included evaluating the potential to exploit additional known metal credits, like gallium, vanadium, copper, and germanium. Exploring diverse metallurgical processes that could uplift the potential for on-site beneficiation of metal production was also a part of the assessment.

Here's a detailed update about developments at the Kihabe-Nxuu Project during the year!

Nxuu Deposit
The Nxuu Deposit is considered to be a shallow, low-risk, low-cost, basin-shaped deposit that holds mineralisation in oxidised Quartz Wacke in a barren Dolostone basin.

As per the drilling conducted recently, mineralisation extends to the west and east of the deposit. The drilling operations would help in determining the extent of extensions.

To estimate a resource compliant with the 2012 JORC Code, further drilling is still needed.

The company holds the belief that modern strategic metals gallium and germanium will turn out to be key contributors to the project as there has been an increase in their prices in recent times. It is keen on developing the Nxuu Deposit without further delay and then move forward to its pre-feasibility study. 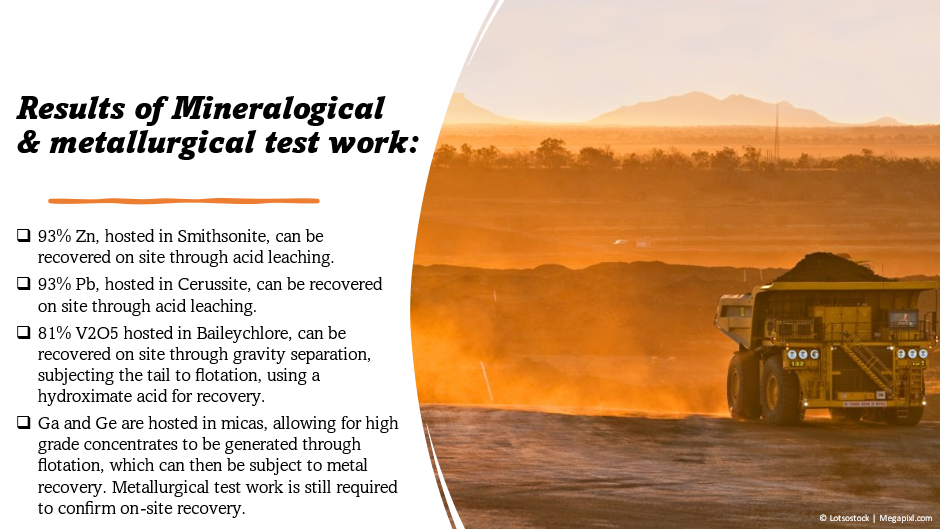 The Kihabe Deposit is spread along a strike length of 2.4 km having two proposed open-cut pits on a strike length of 1.8 km. It contains an indicated/inferred resource of 21 million tonnes, estimated applying a 0.5% low cut for Zn/Pb, containing 321,000 tonnes of Zn, 154,000 tonnes of Pb, 5,400,000 Ozs Ag and 10,000 tonnes V2O5. Also, major zones of Cu, Ga and Ge have been intersected. However, for their inclusion in a resource estimate, further drilling and assaying is needed.

Mineralisation at the Kihabe Deposit occurs in a Quartz Wacke (located below Kalahari sand cover) at an almost vertical contact with a barren Dolostone. The Quartz Wacke contains layers of oxide, transitional and sulphide.

As per Mineralogical and Metallurgical test work, it has been confirmed that within the oxide and upper transitional zones: 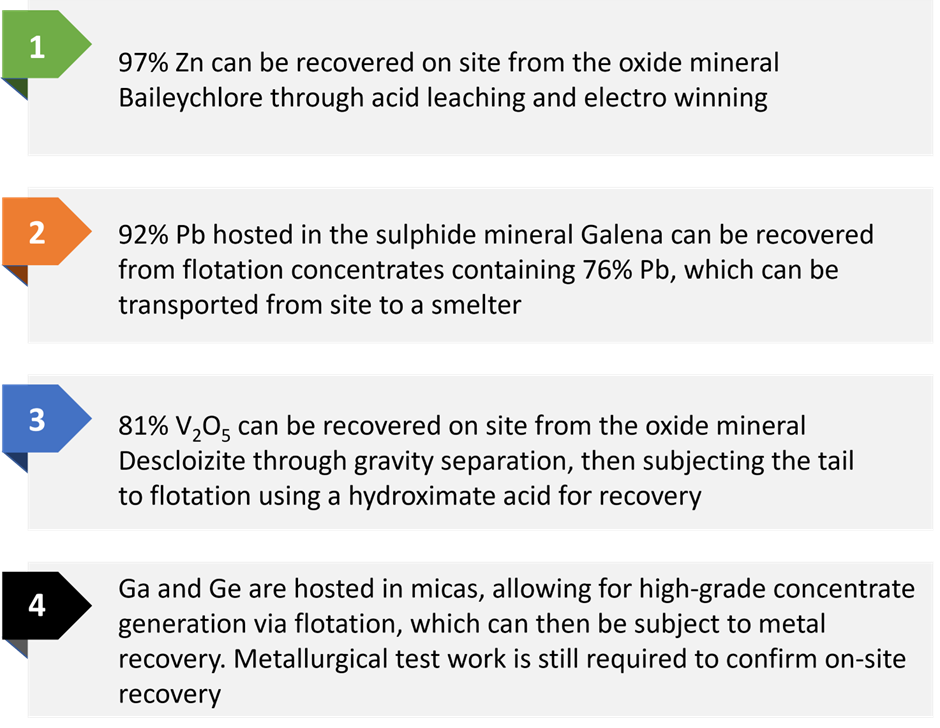 It has also been confirmed that within the sulphide and lower transitional zones: