Mount Burgess Mining NL (ASX:MTB) is advancing well at its Kihabe-Nxuu project in Botswana with a steady stream of encouraging results returned from the recent in-depth assessment undertakings.

As a part of its ongoing findings and success, the Company in May 2021 reported robust Germanium results while undertaking works concerning the earlier-intersected copper mineralisation zone.

The 26 drill holes are considered in the 800-metre Cu mineralisation zone in the Kihabe deposit’s NE sector. 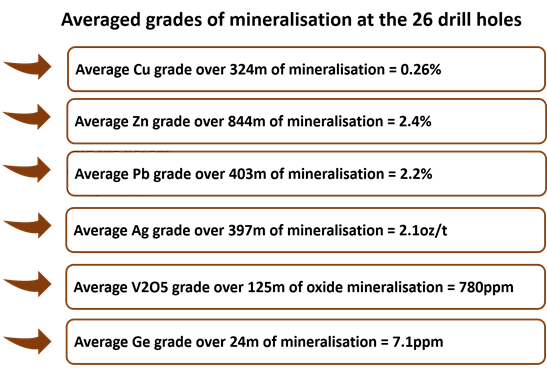 The in-depth investigation led to adding a further seven drill holes regarded as necessary for the addition to the copper mineralisation zone.

An initial 2004 JORC-compliant Inferred Cu Mineral Resource estimate, conducted by Ravensgate in March 2007, has never been incorporated in any Zn/Pb/Ag resource estimate at Kihabe Deposit.

The testwork undertaken by the Department of Geosciences at Naples University (Italy) confirmed that Germanium was associated with iron hydroxide and not Vanadium.

Test work is currently required to be undertaken on the iron hydroxide portion for determining the Germanium host mineral. 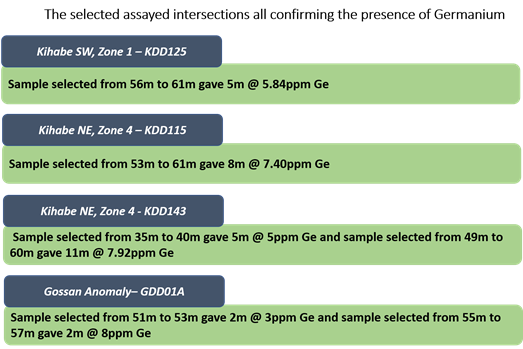 The Company indicated that further drilling would have to be undertaken on the Kihabe Deposit, Nxuu Deposit and Gossan anomaly. They will require assaying for Germanium to confirm the overall potential contribution of Germanium to the project.