With another rate cut this month (July 2019) and the income tax package introduced by Federal Government, it appears that the Australian economy could be on the path of revival in upcoming months. Such reforms in the country are being implemented to improve household consumption and consequentially the aggregate demand.

It should be noted that reforms like these not only impact the general population. In the meantime, it also provides investors with an opportunity to scale up investments, which indirectly prospers optimism in the markets. Infrastructure is considered as the economic driver, and the state governments in Australia are investing heavily to fund projects.

Food & Beverages industry would be impacted by such revival in the economy, and there could be numerous reasons behind the reputed, positive impacts. In this article, we would discuss three stocks with exposure to the food & beverage industry. These three stocks have been engaged in applying structural changes to their respective businesses. All the three stocks have been in business for over 100 years now, which represents the value of their respective brands in Australian heritage.

Local manufacturer, Coca-Cola Amatil Limited (ASX: CCL) has been in business for over 100 years now. Currently, the company operates in the six countries with a focus on beverages. 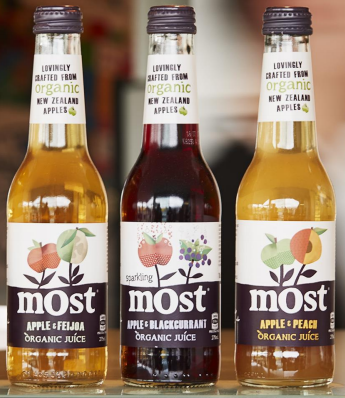 On 01 July 2019, CCL notified the conclusion of a sale of the SPC fruit and vegetable progressing business for a sum of $40 million payable at completion by Shepparton Partners Collective Pty Ltd along with it group of companies. In addition to this, the sale had been concluded on 28 June 2019.

As per the release, the company considered working capital forecast, adjustments to the sale price and disposal costs – CCL expects to report a profit of ~$14 million on the sale. Also, sale agreement enlists a 4-year earn out criteria depending on business performance, which may result in an additional $15 million at that time. Further, the franking dividend ability would be impacted due to the realisation of deferred tax assets in short to medium term period.

Reportedly, After the acquisition of SPC in 2005, the company improved technology, new equipment, operational and energy efficiencies of SPC by investing around $250 million. Further, TWC also enhanced tomato and snack cup production by $100 million investments from 2014 to 2018, and a new aseptic fruit processing system and pouch line were introduced at the Shepparton site. In addition to this, CCL had been engaged in the divestment process since November 2018, which had been advised by Kidder Williams Limited and legal advice from Gilbert + Tobin Lawyers.

One of the world’s largest wine company, Treasury Wine Estates Limited (ASX: TWE) is engaged with grape growing and sourcing, winemaking and brand-led marketing. It provides over 70 brands backed by the presence in above 70 countries. 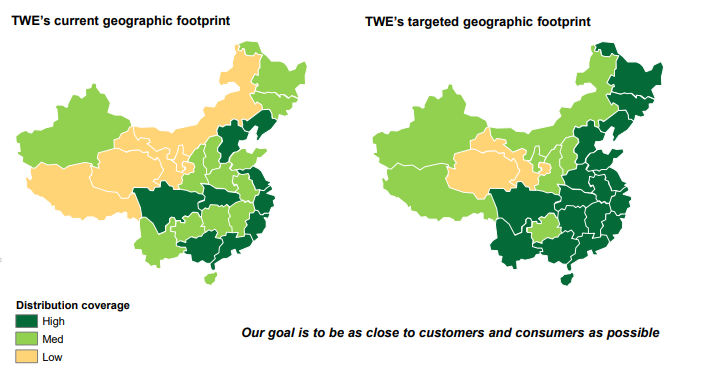 During fiscal 2019 half-year results, whereby the company asserted to refrain from the use of short- term trade export & import as it could be misleading regarding the trading performance in the Asia region. On 26 March 2019, the company updated on the declared fully franked dividend of 18.0 cents per share for the six months period ending on 31 December 2018. The dividend had a record date of 8 March 2019 and the payment was made on 5 April 2019.

In China specifically, the selected trade export and import data points are not correlated with TWE’s sales performance after the establishment of the Shanghai warehouse during the first half of fiscal 2018. Concurrently, the company has been satisfied with the level of performance related to the operation achieved across all the areas for the 9 months period to March this year.

Reportedly, TWE witnessed ongoing optimistic drive in Asia region backed by the record reductions, during the 9 months ending on March this year along with a solid execution of trading seen during the New Year of China and throughout the period of festival.

Also, it was confirmed that Vintage 2019 in Australian region has been mostly concluded, which is supreme-quality Luxury wine vintage for the company; in addition to this, Luxury consumption rose to ~10% on Vintage last year because of various regional sourcing plan. Importantly, the repeated outlook for EBITS rose to ~25% for F19 period and was in between ~15% to 20% for F20 period.

GrainCorp Limited (ASX: GNC) operates an integrated business of grains, malts and oil. It is over 100 years old, and one of the leading grain exporters in Australia. The stock of the company is a constituent of S&P/ASX 200, S&P/ASX 300 and more.

GrainCorp Limited reported an update on the demerger of its Malt business in conjunction with the announcement on 4 April 2019. Accordingly, Mr Graham Bradley AM would be undertaking the role of Chairman of the Malt business (MaltCo) if the demerger is completed.

As per the release, the company has been actively looking for a Managing Director & CEO, who would succeed Mr Mark Palmquist. Further, Mr Mark Palmquist would be appointed as the Managing Director & CEO of MaltCo post the application of demerger. In addition to this, the company has been considering external and internal candidates. Moreover, Mr Klaus Pamminger – COO of the company had decided to continue working in his capacity post-Demerger to emphasise on delivery and opportunities identified by the integration of Grains and Oils.

Consistent with the release on 4 April 2019, the Demerger is anticipated to conclude through a scheme of arrangement, subject to condition precedent as applied in a demerger. Further, the scheme booklet consisting the necessary information regarding the proposed demerger would be delivered to shareholders post the release of GNC’s FY19 results to the market. Lastly, the company intends to provide continued disclosure regarding the demerger.