A look at the week gone by for the three tech stocks - APT, SPT, SYT

Technology companies are those companies which are into the business of developing, manufacturing, technology catering to a variety of industry from finance to automobile to exploration. These companies even provide services related to a specific technology. The companies falling under this category belong to the technology sector.

In the current scenario, technology is used in almost every space. In this piece of article, we will be discussing three technology stocks and understand their recent updates.

Afterpay Touch Group Limited (ASX: APT) is a financial technology company from the IT sector that aims to enhance the customers purchasing experience. It offer its customers the ‘ buy now, receive now, pay later’ service. 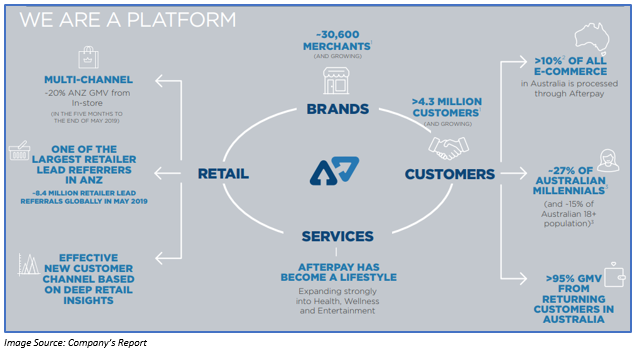 Afterpay Touch Group Limited referring to the query letter of 14 June 2019 issued by ASX regarding the receipt of a section 162 notice from AUSTRAC, the business update and other matters. The response from ATP is briefly mentioned below.

Next, ASX wanted to understand the nature of the discussion between AUSTRAC and APT. In response, the company stated that the conversation between both the parties was informal and constructive, and the company always tried to remain proactive with problems and to accommodate requests for information. APT also highlighted that AUSTRAC at any point of time did not use statutory powers to require the production of documents. It also did not conduct any formal investigation or forced any staff to answer their question. However, in April 2019, it did indicate considering giving APT notice to appoint an external auditor but at the same time requested for further information or document from APT before making any decision. In the mid of April 2019, the company provided AUSTRAC with further information about its business as well as AML/CTF program and informed AUSTRAC that it was due to have an independent review of its AML/CTF compliance in July 2019.

ASX also wanted to know if APT was aware that AUSTRAC Notice was imminent at the time of investor presentation. In response, APT stated that it was not aware of it. Through a telephone call on 12 June 2019, it received the first confirmation that AUSTRAC would be issuing a notice and later that day during the evening, APT received notice from AUSTRAC. A board meeting was held that night, and an announcement was made on ASX before the commencement of the trading on 13 June 2019.

The next question from ASX was regarding the independent review that plans to conduct into its AML/CTF program other than review to be conducted by the external auditor approved by AUSTRAC based on AUSTRAC Notice. ASX wanted to confirm if both are same or not. APT answered that both are different reviews. Earlier, the company started with an assumption that Independent Review would be supported by AUSTRAC. However, after receiving the notice, there will be an external audit. APT also highlighted that its intention is to utilize all necessary internal and external resources in order to ensure that its AML/CTF program is strong.

In a separate announcement the company also informed the exchange that APT is now being added to the S&P/ASX 100 Index effective at the open on June 24, 2019.

Splitit Payments Ltd (ASX: SPT) is a financial technology company that provides credit card based instalment solution to businesses as well as merchants. 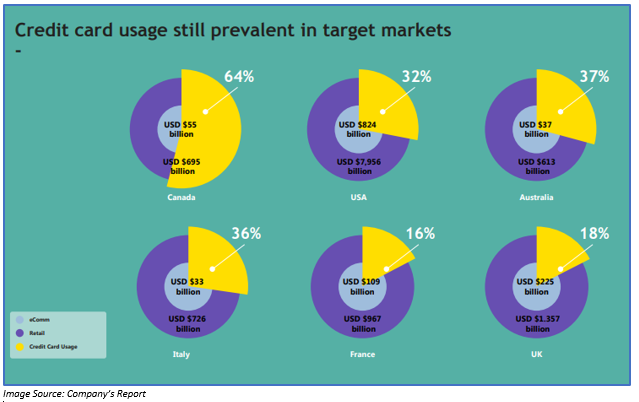 Recently on 5 June 2019, the company announced its partnership with EFT Payments (Asia) Limited (“EFTPay”), under which Splitit’s payment solution would be provided to the merchants of EFTPay who operate in Hong Kong and Macau. The details can be read by clicking on this link.

On 24 May 2019, the company announced that on 8 June 2019, around 355,539 fully paid ordinary shares (Escrowed Shares) would be released from the mandatory escrow. These shares are held by the unrelated shareholders who invested in the company, and they represent ~ 0.12% of all shares on issue. The company highlighted that it would apply for a quotation for the Escrowed Shares once it gets released from the escrow.

Further to this announcement, the company on 11 June announced that as per Listing Rule 3.10A, on 8 June 2019, 355,539 fully paid ordinary shares released from mandatory escrow. 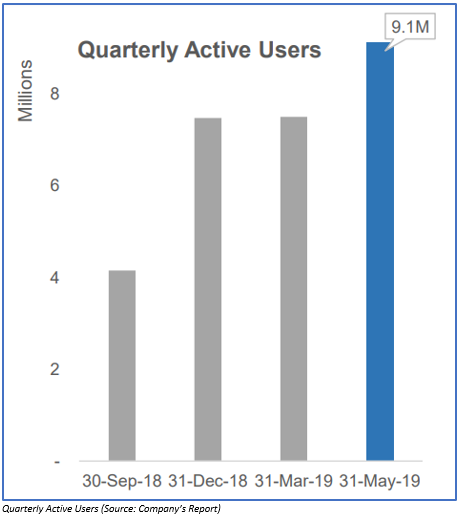 The company also updated that it has deployed data free versions of the TurnUp Music Web and mobile app properties using the Syntonic Revenue Generation Platform™ in order to allow data-free use of the TurnUp Music service. The TurnUp Music Service is a music offering which focuses on promoting local talent as well as undiscovered talents. The company also entered into a Reseller Agreement with PT. Asia Quattro Net., the Indonesian partner of SYT. This agreement provides non-exclusive rights for AQN under which it can promote, market, as well as resell Syntonic technologies. The initial project is to allow data-free access using the Syntonic SDK™ into a consumer application of largest mobile carrier, Telkomsel Indonesia, in Southeast Asia, with over 193 million mobile subscribers. Another update from the company was its new partnership agreement with Opari Inc. after the spin-out of the Opari business unit from Tata Communications for creating a separate entity which will focus on digital commerce as well as the online economy. Other than this agreement, the company is in discussion with Opari to expand the scope of the white labelled Syntonic RGP license for the opari platform, which will include digital commerce.

The company on 14 June 2019, released to the exchange the prospectus containing the details on the offer of the replacement convertible notes.

Stock Performance: SYT is trading flat at A$0.003 on ASX (17 June 2019, 12:53PM AEST) as compared to its previous closing price. The penny stock, SYT holds a market capitalization of A$9.78 million and approximately 3.26 billion outstanding shares.