Kaiser Reef Limited (ASX: KAU), the unique gold explorer, released the activities report for the March quarter, which is also the first such report since the listing of Kaiser on 28 February 2020.

The listing closed well before the tentative date of 7 February on account of the overwhelming response from the investors leading to heavy oversubscription of the initial public offering (IPO). Soon after the listing, the Company faced the challenges related to the outbreak of Coronavirus which was declared a global pandemic by the WHO on 11 March 2020. This unprecedented event had hit the global equities market hard, Kaiser reef’s stock showed extreme resilience and stood strong.

KAU is trading at $0.255 a share on 5 May 2020 (AEST:11:49 am), offering a return of more than 20% against the listing price, with a market capitalisation of $8.86 million. Kaiser reef remains committed to value generation for its investors and shareholders and utilised the time focussing on the exploration of Gold which broke all records and emerged as the strongest beneficiary of the quantitative easing initiative by the governments worldwide. 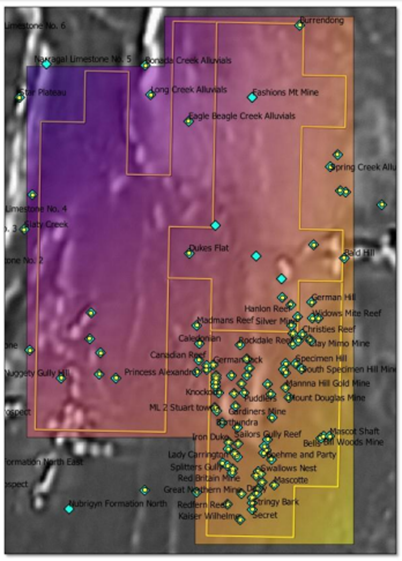 Kaiser initiated a high resolution airborne magnetic and radiometric survey on Stuart Town project and completed the same in April. The data from the airborne survey will be processed and the results would model and interpreted with the assistance of Resource Potentials. Following which Kaiser could commence the drilling plan.

The maiden exploration step will enable Kaiser to efficiently prioritise the drilling targets for the proposed drilling program, as the previous data could not support to the extent that Kaiser required.

Based on the historic geophysical data and interpretations, one of the models targeted to explain the 80+ historic gold mines by the origin to be sourced from the underlying felsic intrusive and porphyry style mineralisation. The intrusive bodies are structurally controlled and can be best identified using magnetic survey. Additionally, a radiometric survey will assist mapping in identify extended rock types and alterations.

During the quarter, Kaiser also completed importing, auditing and reprocessing the portions of historical exploration data by CRA (now a Rio Tinto Group subsidiary) and recalibrated the same to the JORC 2012 reporting guidelines.

Here are the highlights to the soil sampling results -

Kaiser Reef anticipates to locate the priority drill targets by accurate mapping and the characteristics of porphyry system to exhibit metal zonation from deep central region to distant higher regions.

ELA 5937 is subject to Kaiser’s own application while ELA 5921 was acquired by Kaiser Reef from the Executive Director Jonathan Charles Downes in lieu of no payment required whatsoever except for the reimbursement of licence application costs ($1,556). Such events of generosity and support to the company by its management is unusual and displays the motivation of the leadership to develop the Stuart Town gold project successful.

The Exploration license application ELA 5854 was granted and was renamed to EL 8952.

Recently, Kaiser acquired exploration tenure at the “Macquarie North” project, north of mineral blessed Macquarie Arc in New South Wales. The Macquarie Arc is located within the Lachlan Fold Belt. The exploration licences, ELA 5948 and ELA 5949, holds prospective Au-Cu porphyry mineralisation and has been considered highly prospective by Kaiser’s board. 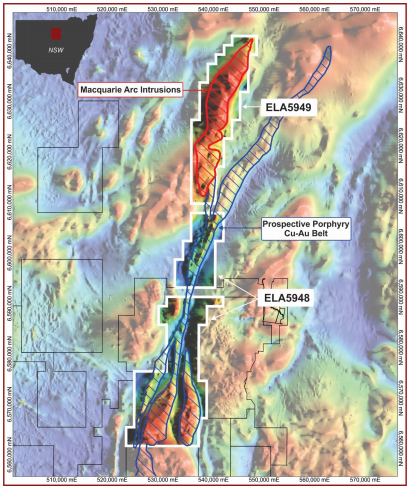 The Macquarie North project is located north of FMG Resources and Kincora Copper Australia tenements in the Tier 1 mining jurisdiction. Kaiser recognises the Stuart Town project as an underdeveloped greenfield project and is excited to explore when possible. The flagship Stuart Town continues to be the priority for the gold explorer

Kaiser holds over $4.23 million in cash and spent over $463,138 during the quarter with majority being spent on the public offering ($313,754) and on exploration ($44,234). Amid these grim times, Kaiser Reef remains committed to explore the gold projects in the Lachlan Fold Belt of New South Wales.