Changing pattern of climate with rising temperature is a significant concern, as we witnessed the prolonged effect of bushfire on the grappling Australian economy, devastating lands and livelihood. As per the United States Environmental Protection Agency, the transportation sector ranked top in CO2 emissions in 2017, accounting for around 29% of the total emissions, followed by other sources of greenhouse gas emissions including electricity production and industry.

In the milieu of which, there is a global movement towards electric vehicles (EVs), courtesy to the Paris agreement, country-level regional policies towards EVs, subsidies and growing awareness among consumers to mention few.

Moreover, the Australian government has launched the Green Vehicle Guide (GVG) to guide consumers about environmental performance and fuel consumption. It also delivers figures from noise and air pollution to fuel consumption to give flexibility to consumers to analyse, thereby creating awareness among them. 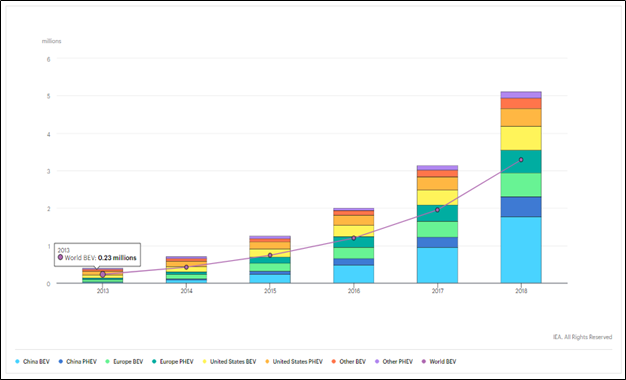 With growing demand for EVs, the market will face challenges such as technologies’ evolution, launch of new products, and threat of competition to already established automotive players. The growth in fuel efficiency regulation is also expected to boost the share of EVs to majority in the total automobile fleet.

Thus, it is quintessential to know the commodities that are required to support the growth of cleaner mobility. The battery metals such as cobalt, nickel, lithium and vanadium are needed to meet the demand coming from EVs. Also, the copper requirement will increase due to its usability from EVs to charging stations and infrastructure because of its durability, conductivity and efficiency.

Further, there exists identified potential for sedimentary hosted copper target, adding complete package to the green-energy application. The Company believes the project to be sulphide mineralisation and thus expects it to be low operating and low capital extensive project.

Hence, the presence of these commodities aids GTE prospects, given the expected surge in demand from battery development and greener mobility in the future.

The other very crucial project of the company is Yandal West Gold Project - a high-grade gold mineralisation prospect. The Company is presently continuing the assessment of VMS potential across the Yandal West Gold project.