Amcor Plc and Orica Limited from the materials sector, consumer discretionary company Kathmandu Holdings Limited and Viva Energy Limited from the energy sector, are all leading companies in their respective domains and have also declared good dividends over the last one year along with a positive YTD stock return. Letâs take a detailed look at what makes these companies popular amongst the investors.

Amcor Plc (ASX: AMC), headquartered in the United Kingdom, is a well renowned developer and producer of flexible packaging for different products including pharmaceutical, food, beverage, medical, home- and personal-care, and others. The company is focused on creating lightweight, recyclable and reusable packaging.

The company employs a staff of over 50,000 to generate USD 13 billion in sales from operations spanning across 250 locations in over 40 countries. 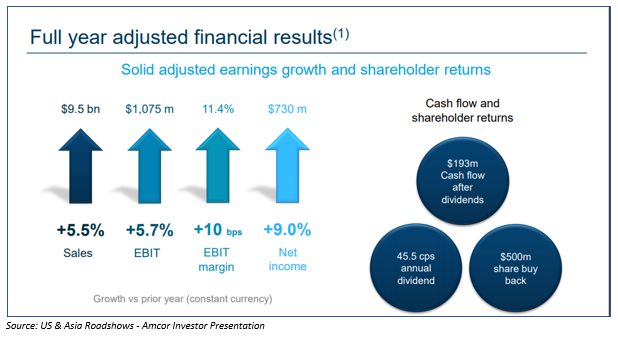 During the June 2019 quarter, Amcor closed the acquisition of Bemis Company, Inc. on 11 June 2019 and as per the agreement signed in August 2018, the all-stock acquisition was executed at a fixed exchange ratio of 5.1 Amcor shares for each Bemis share.

Amcor has moved into the financial year 2020 (FY20) with good momentum and is on track to achieve its previously stated $ 180 million (pre-tax) of synergy benefits by the end of FY22.

Orica Limited (ASX: ORI) offers commercial explosives and advanced blasting systems to the quarrying, mining, oil & gas and construction marketplaces. Besides, it also supplies sodium cyanide for gold extraction along with specialist ground support services in mining and tunnelling activities. Recently on 30 August 2019, Orica declared the retirement of Mr Ian Cockerill from its Board of Directors, effective 30 August 2019. 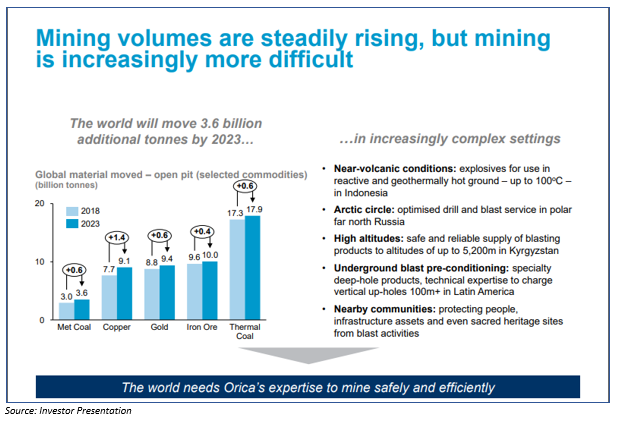 Half-Year 2019 Results â On 9 May 2019, Orica announced a Statutory Net Profit After Tax (NPAT) of AUD 33 million for the six months to 31 March 2019 and the NPAT of AUD 167 million, before individually significant items, was increased by 35% on the prior corresponding period (PCP).

Oricaâs Managing Director Alberto Calderon commented on the results stating that in the first half of FY19, the company delivered higher Ammonium Nitrate (AN) volumes, reflecting an increase of 3%, and 12% increase in sales revenue that drove an EBIT growth of 20%. The higher sales revenue was primarily driven by higher volume of products and services, introduction of new technologies, favourable movements in the foreign exchange market and high input commodity prices. 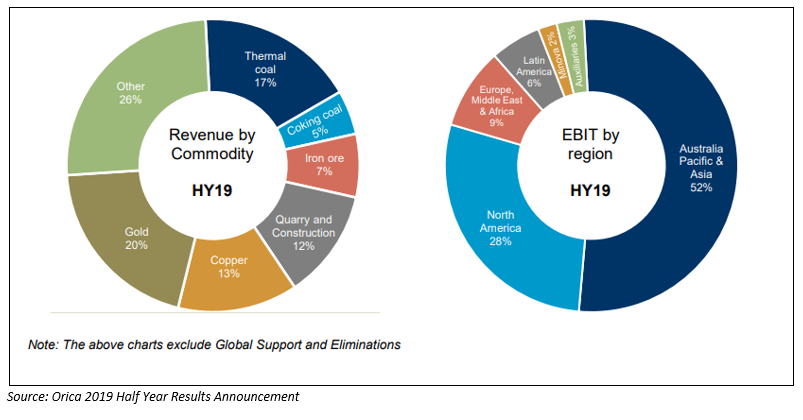 The company also paid out a final dividend of AUD 0.22 for the six monthsâ period ended 31 March 2019 (Record Date: 31 May 2019; Payment Date: 1 July 2019). The dividend represents a pay-out ratio of 50% and the Board stated that the full year dividend may be partially franked.

Kathmandu Holdings Limited (ASX: KMD) operates a transnational string of retail stores that provide adventure and travel outdoor apparel along with equipment across ANZ and the United Kingdom.

FY19 Results â Recently on 18 September 2019, Kathmandu Holdings disclosed its financial results for the 12 months to 31 July 2019 with the following key highlights- 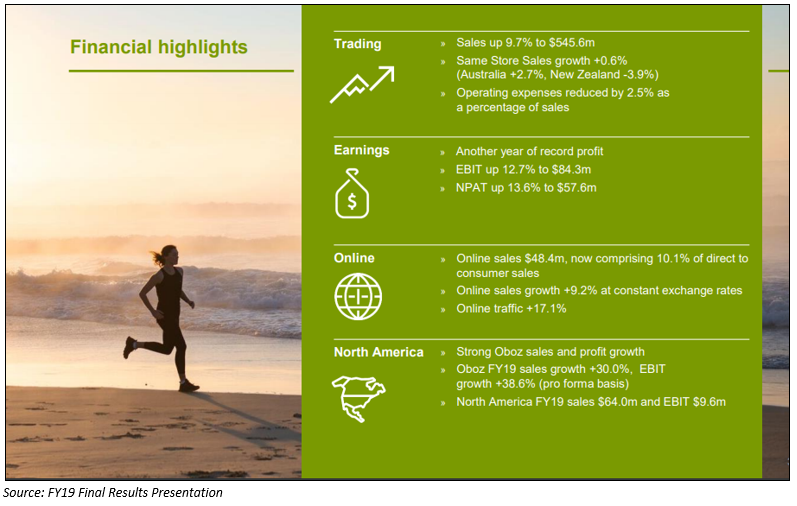 Although the total sales in Kathmanduâs largest market, Australia were up 4.5%, there was a decline of 3.1% in the sales across New Zealand.

For the first seven weeks of FY20 ending 15 September 2019, Kathmanduâs same store sales grew at 6.1% (constant exchange rates). The same store sales were up 4% in Australia and 11.7% in the New Zealand for this period (albeit at lower gross margins).

Australia-based leading Energy sector player, Viva Energy (ASX: VEA) caters to around one fourth of the total liquid fuel requirements of the country as it is the sole provider of high-quality Shell fuels and lubricants through a sprawling network of over 1,250 Shell branded service stations.

Re-affirmation of Credit Rating - Recently, Viva Energy announced that S&P Global Ratings had confirmed Viva Energyâs long-term issuer credit rating at âBBB-â, while also revising the outlook from stable to negative, reflecting the challenging industry conditions. However, VEAâs debt terms are not contingent on a specific credit rating, and the amended outlook would not change the borrowing conditions. Viva Energy also added that its structural long-term debt stands at zero and its net debt as of 30 June 2019 was AUD 168.7 million.

Half-year Results 2019 â For the half year ended 30 June 2019, Viva Energy recorded total sales volume of 7,126 million litres, up ~2.5% on the prior corresponding period (PCP). The refining operational availability stood at 94% while the refining intake of 21.4 mbbls was up 12% on PCP.