A derivative is a financial security whose value depends on the price of its underlying asset.

There is a farmer named Paul, who produces wheat, and he sells the wheat to a food processing company. In this case, there is a scope of the price risk for both the parties because of the demand and supply of the product. In case the price of the product goes down, then the farmer might suffer losses. On the other hand, if the price of the product goes up, then the food processing company might have to suffer losses. In such a case, there is an option where both the parties can enter into a contract where they can fix a common price at which the seller will sell the product, and the buyer would also agree to buy that product and minimise the risk. 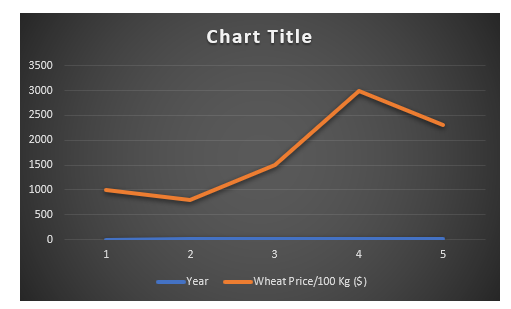 Case 2: If the price of the wheat exceeds $2500, then ABC ltd will suffer losses. This is because there would be other costs also involved to produce the finished product using wheat.

So, to overcome this situation, both the parties enter into a forward agreement where both the parties agree to buy and sell 100 kg wheat at $2000. By this, both parties would be able to hedge their price risk.

Risk Associated with the forward:

These risks are taken care when parties trade through a future contract which works similar to the forward contract but in a standardised way. There is a role of exchange between the two parties.

Settlement of the Contract:

Let’s say in the fifth year, the price of the wheat reaches $2300. However, the price agreed in the contract per 100 Kg was $2000. In such a case, there are two ways the settlement can take place. The first is through delivery settlement, and the second is through cash settlement.

Paul is unable to deliver 100 Kgs of wheat. So, he requests ABC Ltd to purchase from some other sources, and he will pay the difference amount (the current market price of the wheat per 100 Kg – the price mentioned in the contract per 100 Kgs). In this case, Paul will not be delivering ABC limited with 100 Kgs wheat instead, he will pay $300 to ABC Limited.

The net would be known as net outright rate. The importer would receive an ask1 side premium.

Here also, the net would be the net outright rate. The exporter would receive a bid2 side premium: