According to the Australian Competitions and Consumer Council (ACCC), the Australian grocery industry is dominated by the major players i.e. Coles and Woolworths, who together have approximately 80 per cent market share. These two companies have more retailer shop fronts compared to their competitors, reflect improved availability of grocery items in the grocery market of Australia.

The two companies – COL and WOW have a significant influence to control prices, which in the long run would witness small retailers either merge via acquisitions to compete or close their doors as they cannot compete. In the supermarket segment, COL and WOW have been enhancing stores and digital capabilities to distinguish their brands from low cost supermarkets. Less direct price-based competition and a rising focus on high-margin products will likely place modest upward pressure on prices across the upcoming five years period. 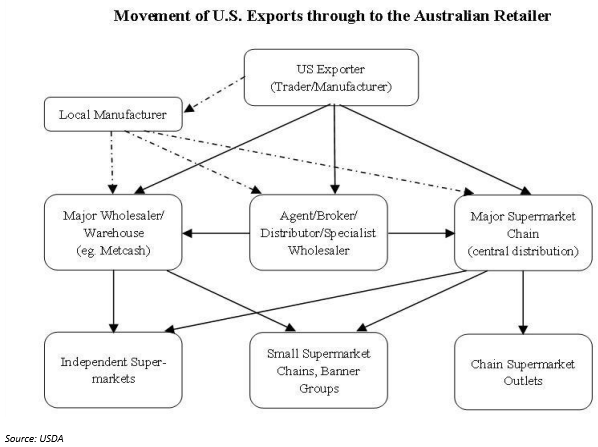 Let us now discuss in detail about the Coles Group Limited:

Coles Group Limited is one of the leading Australian retailers with more than 2,500 retail outlets nationally. The company operates as a national full-service supermarket retailer, operating above 800 supermarkets. Coles Group has three divisions, namely: Coles Liquor, Coles Supermarkets and Coles Convenience. The company is headquartered in Australia and currently managed by Steven Cain (CEO and Managing Director).

On 13 November 2019, COL released Chairman’s address to Shareholders during the AGM held on the same date. The Chairman stated that during the year, various crucial initiatives have been taken up. The initiative comprised of 2 substantial tech-based commitments to enhance its product offering and competitiveness.

COL also took 2 substantial steps during the year’s period- the first step was taken at Coles Express, wherein COL re-structured its fuel arrangements with Viva Energy, in order to shift the retail fuel price setting responsibility to Viva. The second step was taken towards liquor business, wherein COL had restructured its earlier engagement in hotel operations via the establishment of a joint venture with Australian Venue Co.

During the AGM, CEO &MD Steven Cain also addressed the shareholders stating that FY 2019 has been one of the key change at COL, and additional substantial change is expected as the company implement its refreshed strategy to turn into the most trusted retailer in the Australian region. Also, as part of its plan to become on stop destination for health relations solutions, COL had launched new exclusive Own Brand ranges consisting of Wellness Road health products, Nature’s Kitchen vegan range and its products ‘I’m Free From’.

On 11 November 2019, the company announced that it had signed a deal with British supermarket Sainsbury’s. A three-year white label agreement has been signed by COL with Sainsbury, and it anticipates commencing stocking the first new products- comprising of packaged food along with other items by the close of FY 2020 period.

The private label range of COL witnessed a surge of approximately 30% of total sales. The CEO & MD of COL wants private label sales to reach 40 per cent over the period of time. Coles Group will source the private label goods from Sainsbury’s, which could boost the EBIT by 10 per cent. The agreement will free up resources for the company’s product development team in order to propel additional innovation in order to achieve its strategy.

The proceeds would be utilised to replace some of the bank debt facilities that were formed at the time of demerger from Wesfarmers Limited (ASX: WES) in 2018. The joint lead arrangers for the issue were National Australia Bank Limited (ASX: NAB), MUFG Securities and Westpac Banking Corporation (ASX: WBC)

On 29 October 2019, Coles Group announced the first quarter of FY20 results period ending 29 September 2019. A Few highlights of the results are as follows:

The FY19 Financial Performance of the company can been seen here.

On 20 September 2019, Coles Group announced that it will implement a Dividend Re-Investment Plan (DRP) for its shareholders. It is likely that the DRP will operate for the eligible shareholders for dividends/distribution paid following the dividend, which was to be paid by 26 September this year. The participation was optional in the Dividend Re-investment Plan and was available to fully paid COL ordinary shares stakeholders with the registered address of New Zealand or Australia as at the relevant dividend record date.