The recovery in global industrial activities along with improved risk appetite is now fuelling base metals, and due to its investment demand and status as a precious metal, silver is now standing tall against gold once again with a total return of 30.06 per cent on a QTD basis, which remains significantly higher against the QTD total returns of 10.68 per cent provided by the gold spot. 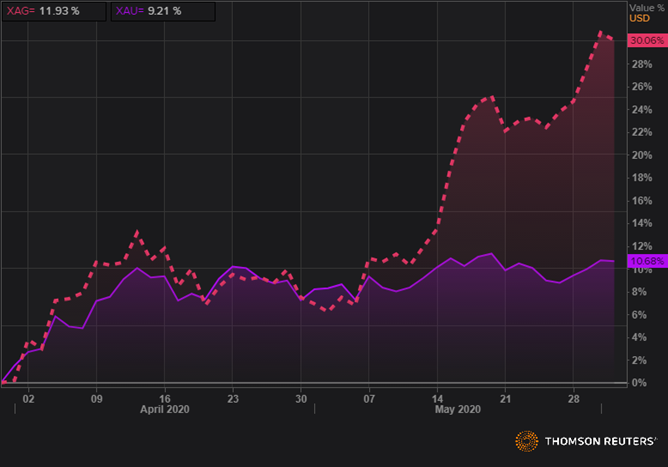 To Know More, Do Read: Silver to Reach USD 19.0 Per Ounce by Year-End- Says The Silver Institute

The year 2020, witnessed a dramatic turnaround in investor sentiment towards silver with net longs rising dramatically at the beginning of the year, which closely resembled the activity of June 2019 to September 2019, when the silver spot rose to touch a new three-year high of USD 19.671 per ounce in September 2019. 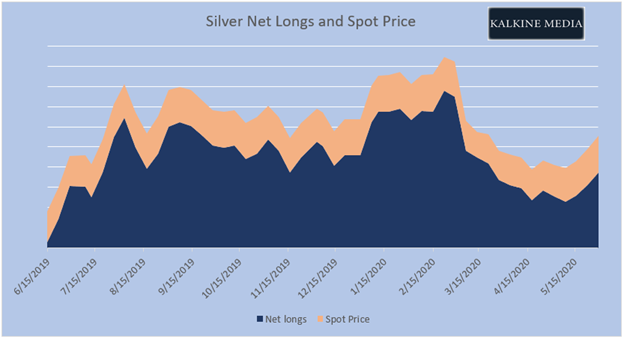 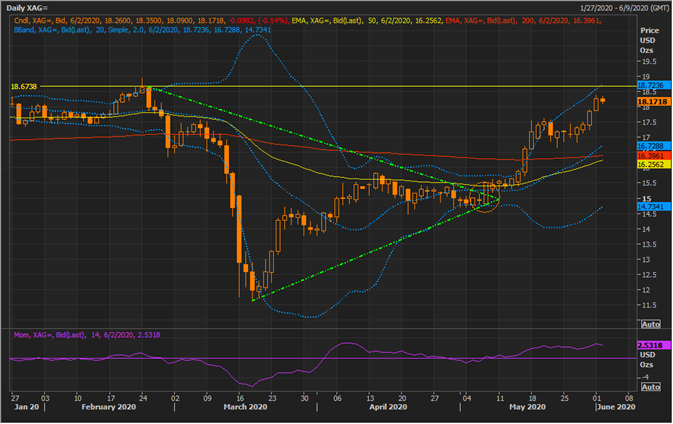 On the daily chart, it could be seen that the silver spot broke above the triangle pattern formation and rose to test its medium-term resistance level of USD 18.700, which is overlapping with the +1 Standard Deviation (or SD) of the 20-day simple Bollinger band.

Furthermore, the +- 1 SD of the Bollinger band has expended post the breakout, reflecting on the momentum gained by the silver spot and in the status quo, the 200-day EMA and 50-day EMA are narrowing the spread, suggesting that if the spot crosses its medium-term resistance and sustain, moving averages would give a positive crossover.

Also, the mean value of the Bollinger band, which is a 20-day simple moving average is crossing the 50-day and 200-day EMA from below, suggesting that the prevailing sentiment around the commodity is bullish in nature.

The breakout of the triangle pattern has occurred post a Doji candle emerged on the chart and the next day trading session remained bullish and crossed the high of the Doji to seed bullish sentiments (encircled on chart).

Now, the silver spot is testing the medium-term resistance level of USD 18.700, and a break and sustain above the same would further propel bullish sentiments, and failure to do so would attract bears. 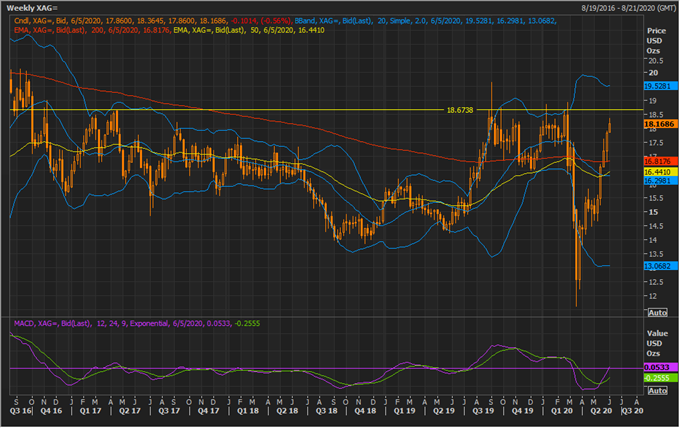 On replicating the same study on the weekly chart, it could be seen that the +-1 SD of the 20-week simple Bollinger band has expanded considerably to reflect upon the high volatility in the silver spot; however, while the spot is yet pending any volatility breakout and resistance breach, the price has breached the 200-week EMA along with positive cross between the 50-week EMA and 20-week SMA, suggesting that the bullish sentiments are prevailing in the status quo.

The 12,26,9 MACD indicator is also giving a positive signal below the mean value, and it should be interesting to see if the silver spot breaches its medium-term resistance ahead to call for public participation phase of the secondary phase of the primary downtrend. 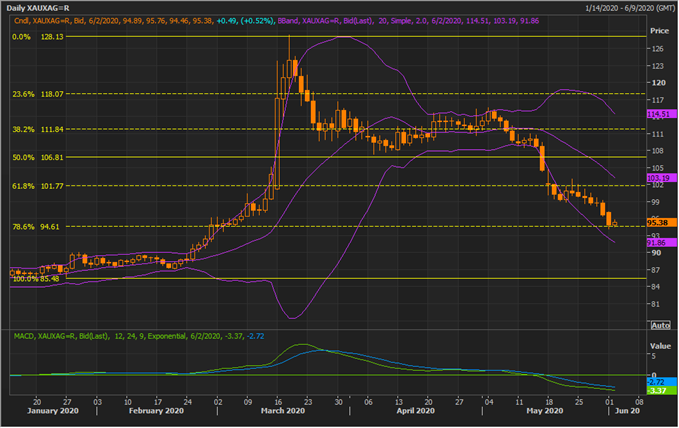 The gold-to-silver ratio or the XAUXAG ratio has now corrected 78.6 per cent of the primary up rally, which started from the level of ~ 85.48 to end at ~ 128.13, which in turn, has supported the silver against gold till now.

However, the ratio is now approaching the -1 SD of the Bollinger band, where the band theory suggests that an asset usually takes support after deviating from the mean. Furthermore, the ratio is now at the 78.6 per cent corrected level, where, as per the theory of technical analysis, bulls get active if the primary trend is an uptrend and likewise bears get active at the same level if the primary trend is a downtrend.

As the primary trend of the ratio is an uptrend, as per the theory, bulls can emerge around the same level, which in turn, could support the ratio, and in tandem perspective on gold as compared to silver ahead; however, there have been a lot of cases, when the typical classical theory does not work; thus, looking at the ratio in the present state of affairs, it could be assessed that silver is clearly outperforming gold.