Latest from the Healthcare Stocks- Starpharma and Pro Medicus

Global Coronavirus outbreak, bushfire devastations, a turbulent political scene with uncertainty around one of the biggest elections in American history, 2020 is going to be a challenging year for the investors with approximately half of the American companies in China already facing the effects of business shutdowns due to the deadly epidemic. Death toll from the outbreak has risen to 1,770 in mainland China, with 2,048 new confirmed infections (about 1,933 from Hubei alone), taking the number of infected people to 70,548.

In this article, we will discuss two ASX-Listed healthcare stocks with their latest updates.

A part of ASX 300, Melbourne-headquartered Starpharma Holdings Limited is a global player in the manufacturing of dendrimer products for therapeutic, life science and other functions. The company has a deep portfolio of high-value products- VivaGel® and DEP® drug delivery, based on its novel underlying technology built around a type of synthetic nanoscale polymer known as dendrimers.

On Thursday, 13 February 2020, Starpharma’s shares were pushed higher post the release of the announcement of the launch of its key product in Asian market.  The shares continued to remain 3% up a day after as well to settle at $1.200, on 14 February 2020.

Recently, on 13 February 2020, Starpharma updated the market about the introduction of VivaGel® BV in Asia by Mundipharma. Launched as BETADINETM BV Gel, the product has initially been brought to South East Asia and will be launched in other Asian countries once the regulatory approvals are in place. Representing a significant commercial opportunity with access to more than 1.5 billion women, Asia stands as the 3rd region to launch VivaGel® BV.

It was further informed that BETADINETM BV Gel would be available for purchase over the counter (OTC) without the need of a doctor’s prescription.

An Australian innovation, VivaGel® BV (BETADINETM BV) is SPL's women’s health product, which is invented, fully developed and commercialised by Starpharma. It is a novel formulation and non-antibiotic therapy based on a proprietary dendrimer SPL7013, astodrimer sodium, and used for treating & preventing bacterial vaginosis (BV), a commonly occurring vaginal disease worldwide. It is available under the brand name Betadine BVTM in European markets and as Fleurstat BV gel in the Australian market.

Starpharma CEO, Dr Jackie Fairley was pleased with the significant achievement of entering another territory with VivaGel® BV launch along with Mundipharma. Dr Fairley further remarked that “Asia signifies an essential market for VivaGel® BV and the company is delighted to launch its breakthrough product which would now be available to millions of Asian women suffering from BV. Adding further, Dr Fairley mentioned that Mundipharma leads in feminine care in Asia with their famous international brand BETADINE. He continued that the company looks ahead to collaborating with Mundipharma on future registrations and launches worldwide.

It is important to note that Starpharma’s and Mundipharma’s regulatory and marketing units would continue working together on potential launches of VivaGel® BV in Europe and beyond. Regulatory activities are being conducted for various geographies across Mundipharma’s territories. 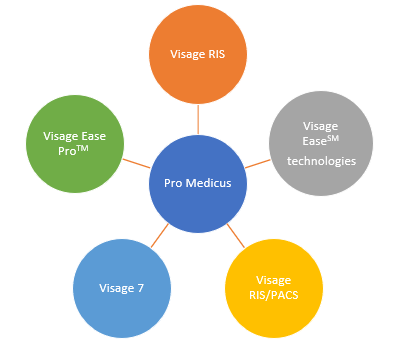 Pro Medicus recently updated the market on its first-half results for the financial year 2020. Key highlights include:

Pro Medicus signed a five years contract worth $9 million with the Wexner Medical Centre, The Ohio State University, in November 2019, in a transaction-based licensing model with upside.

The execution is planned for the fourth quarter of the financial year 2020.

The company also announced a five years platform deal with Nines, worth $6 million, in a transaction-based model with volumes to set up year-on-year. Nines will be using SaaS offering based on “Visage in the Cloud” as their platform. A Palo Alto-based company, Nines intends to combine the expertise of highly skilled engineers and radiologists to bring the power of advanced artificial intelligence to clinical settings. The deal is believed to open a new market segment for Pro Medicus. It is expected that this platform will go live in April 2020.

A review of Pro Medicus’ First Half of 2020. (Source: Company Presentation)

In a nutshell, Pro Medicus is all set to expand its footprints in North America. With a transaction revenue 30% higher as compared to the second half of 2019 and market-leading technologies, the company is seeking to grow its product portfolio. Underpinned by proven implementation and support capability and unparalleled value proposition, Pro Medicus’ pipeline continues to grow strongly.